DelSheree Gladden and her many works

Inquest (Book One of The Destroyer Trilogy)

For Libby Sparks, turning sixteen means only one thing…death. Guardian rule demands she attend the ritualistic Inquest that will unveil her talents and secure her place in society. But that isn’t all that will be revealed in Libby’s case.


The more talents you have the better, at least to some degree. Four or five talents will guarantee you a life of luxury, but seven…that is the mark of the Destroyer. Libby knows her Inquest will reveal her to be the Guardians’ greatest enemy. Their law requires her death before her eighteenth birthday. If she lives, prophecy foretells that the world will fall into chaos and destruction.

Once her destiny is revealed, Libby is abandoned when her mother throws her out, her boyfriend tries to kill her, and her best friend shuts her out. Only Milo, a slightly grungy outcast, seems willing to be her friend—but Libby soon realizes he has secrets of his own. His secrets may very well have everything to do with her own destiny.

In order to make it to her eighteenth birthday, Libby must bury her talents and convince the world she is harmless. Her plan only lasts until Milo is put in danger and Libby is forced to choose. Abandon her friend to save her own life, or embrace her destiny and truly become the Destroyer.

INQUEST is now available from Amazon in paperback and Kindle, as well as from Smashwords, Barnes and Noble, iBooks, and other major retailers.


Secret of Betrayal (Book Two of The Destroyer Trilogy)

When faced with the choice between saving Milo’s life and embracing her destiny, Libby
Sparks knew there was only one answer.

Libby is about to learn that accepting her fate is only the first step in figuring out what being
the Destroyer truly means. Libby must reign in and develop her talents while planning to rescue
her captive army of Ciphers from the hands of Guardians.

Rescuing the Ciphers is already dangerous enough, but everything becomes even more
precarious when Cipher hunter, Braden, pushes his way into Libby’s life. The strange connection
they share frightens Libby, but it also pushes her to trust him despite her better judgment. When
Libby’s feelings of trust begin to morph into something more, her relationship with Milo isn’t
the only thing tested. If she is wrong about Braden’s motives, everyone involved in the Cipher
rescue may pay the ultimate price for her mistake.

Available now from Amazon, Kindle, Barnes and Noble, Smashwords, iBooks, and most other major ebook retailers. 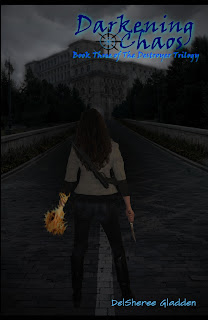 Libby Sparks has the power to destroy the world. She has prophecy and destiny backing her bid to take down the Guardians. She even has an army. What she doesn’t have is a plan.

No matter how hard Libby tries to follow her destiny, the pieces never seem to fall her into place. Every effort Libby makes to build her army and organize an attack is countered by complications. Broken bonds may cost Libby power she desperately needs. Betrayal threatens to break her army. What may prove to be her downfall are the secrets hidden behind unbreakable Guardian Oaths that hold the key to her success. If Libby cannot find the answers in time, everything she has worked for since her Inquest will be lost. Lives will be lost as well, and not just hers. Failure means death … for everyone.

He avoids her because of the strange physical pain he feels when they touch. She avoids him because the way everyone seems to do what he says scares her. But when Claire needs to escape a bad situation Uriah is the first person she thinks of, and he is eager to rescue her. Faced with each other for the first time, both Uriah and Claire find it impossible to listen to their fears and stay away from one another. They soon find out, though, that there is more than they ever thought possible trying to keep them apart.

Following tradition the pair approaches the Elders of their Tewa tribe to ask permission to marry. Everyone is shocked when the shaman refuses them, claiming they are not Twin Souls. Confused and angry Uriah refuses to listen, and promises them that he will never abandon Claire. When Claire is poisoned by her vindictive father his resolve is tested. Ancient Native American myths and legends spring into reality, doing everything they can to keep Uriah from saving Claire’s life, while beginning to reveal the truth behind the lies he has been told all his life.


Free on Amazon, Smashwords, Barnes and Noble, iBooks, and most major ebook retailers.

After losing Claire to the Twin Soul bond Uriah intends to seek out the Matwau and let the monster have exactly what he wants, Uriah’s death. Only the words of the shaman who has already betrayed him more than once stops him. Her promise that there is still a chance of saving Claire from the bond and keeping her love for Uriah whole sends him on a new hunt to find the splinter group of Tewa Indians and the Shaxoa rumored to have more power and knowledge than anyone has seen in centuries.

No matter the price, Uriah promises to find the Shaxoa and rescue Claire from the fate she does not want, while Claire makes her own promise to hold off the cruel desires of the Twin Soul bond. Keeping their promises won’t be easy. It may require more of them than they ever could have imagined. As Uriah searches for a way to break the bond and Claire becomes desperate for anything that will help her resist it, both learn truths about themselves that will change everything.

Claire never thought she would be the one saving anybody’s life. She never thought she would find out she had a secret destiny, either. Finding Uriah is Claire’s top priority because without her he will never be able to defeat the Matwau, but she needs help from the one person she trusts least. Quaile. The shaman reluctantly hands over the book Claire needs. Claire takes the book desperately hoping it will hold the answers she needs to save Uriah’s life.

The book does hold answers, but not to everything.

The answers Claire and Uriah need most cannot be gained from any book. They must come from lost memories, acceptance of destiny, and looking outside of reality. When the answers are finally found they will threaten to break them both. The prices asked of them may finally be too high. If they are, their deaths will only be the beginning.

Turning sixteen should mean driving, dating, and breaking curfew. It should never mean certain death. Arrabella's excitement for her upcoming birthday is swallowed up by not only her dismay at being moved to a tiny little town in the middle of nowhere, but by the terror of the dreams that assault her every night. Stalking her dreams, the raven haired beauty warns her, taunts her, as she is paraded toward her death. Desperate for answers, Arrabella turns to her grandfather, the only one willing to delve into her family's dark past. Warning her that once she takes the first step, there is no going back, Arrabella's grandfather begins to unwind their awful heritage. The only joy she finds in the week leading up to her death is meeting Tanner Wheeler, a young man she barely knows but is immediately drawn to. A story of selfish betrayal reaching back to an age of merciless gods and blood sacrifice, Arrabella's world is sent into a deadly spiral.

Darkening Chaos  is now  Amazon, Barnes and Noble, and Smashwords.