Anika Malone author of “10 Minutes Past Too Late” 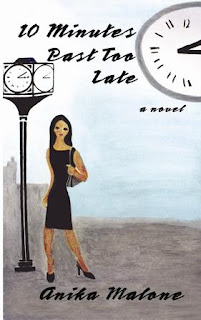 10 Minutes Past Too Late
Lisa Munroe is a successful, single young black attorney, branded from childhood with the nickname, "Bad Girl."  Embracing her title, she has managed to live up to every bit of it-- At first glance, Lisa would appear to have it all--a promising career, a committed relationship with her beau Darnel Harvin, and the prospect of more to come.  But underneath it all, the realization that this could be a "long-term relationship," which she’d never planned, and scares the hell out of her-- Then enters the flashy New York lawyer Mike Wilson, whose forceful nature could destroy it all-- Like a top spinning out of control, crashing into everyone around her--with the love of one man and the lust of another--she finds herself backed into a corner and forced to reveal everything.  During this downward spiral, Lisa begins to look within herself to confront some truths that could forever change her, even shatter the lives around her--Sometimes, we have to go to the brink of self destruction to finally come to rest at a place of happiness.  But, for Lisa, is it ten minutes past too late?
Author Bio 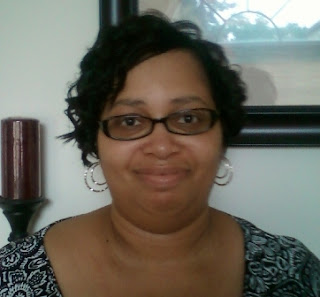 Anika Malone, is the author of “10 Minutes Past Too Late” which has been called “an impressive first novel” by Author Mary Monroe and “a fresh new voice in contemporary fiction” by Tracy Price-Thompson.


Her writing career began in elementary school where she won several writing awards for her poetry and essays.  Anika wrote her very first novel in the eight grade.


Currently, she is working on getting her second novel published, “The Beautiful Ones.”  In the meantime she has begun to outline her third novel while residing with her family in Charlotte, NC.