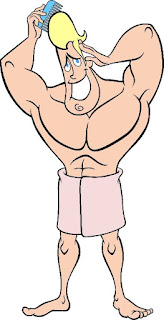 Everyone knows the quintessential romance hero is a hunk. That’s changing with the growing popularity of non-traditional heroes and the acceptance of varied gender roles and sexual preferences, but readers still want a love interest who turns them on, and hunks do that.
Now I can hear you saying, “But I don’t like all those muscles” or “Those guys are too macho for me” or “I love a geek,” and that’s great. I can relate to that. A person doesn't have to be a hunk or a vixen to be sexy. But if you want to sell books, you have to consider what the bulk of readers want.

Is this what readers want? I’m not the type of person who generally gives in to peer pressure though. I’m weird and I’m stubborn, and I wanted my Indigo love interest to be different even if no one liked him. I mean really different. I wanted Jesse Peacock to be so different that from the get-go I decided he was going to be a dwarf.

Yep, you heard me correctly. My love interest was going to be hot but little, a Peter Dinklage of the page. Now if you don’t think Peter Dinklage is hot, that’s okay. I do though, and I felt and still feel that little people are way underrepresented in books and I was going to try to rectify that.
You won’t be surprised to hear that when I told my friends what I had in mind they acted like I’d got a concussion, and this is my open-minded, anything-goes friends. They simply could not understand why I would make such a choice, while I simply could not understand how they could feel that way. And so began the long debate. Would Jesse be an ersatz Peter D. or some muscle-bound alpha male? This guy?Or this guy?
If you’ve read Indigo you know the outcome, but if you haven’t I’ll tell you: Mr. Muscles won—for now—and I’ll tell you why. The reason isn’t pretty.

Getting people to read your work is difficult. Getting them to like and review it is nearly impossible for most authors. So in the end I took the easy way out in the hope that that might change for me. I guess I lied when I said I don’t give in to peer pressure. Oh well. I never said I was perfect.

If it’s any consolation Peter D. is still waiting in the wings. I’m not done with him. He will appear as a love interest somewhere, somehow, because he deserves to. In a certain way he already has. There’s a female dwarf in my Amanda Lester series who is a love interest—for a five-foot-eleven descendant of Sherlock Holmes, no less.

But I didn’t capitulate completely in Indigo. Jesse is hot, strong, and dangerous, but he's not strictly an alpha male. He’s sensitive and vulnerable, just the way I like ‘em. So if you like hunky guys who are willing to fail and have a few soft spots inside, you might like him too. I hope you’ll give him a try.

Which type of love interest do you prefer? I'd love to hear from you. Just comment on this post. 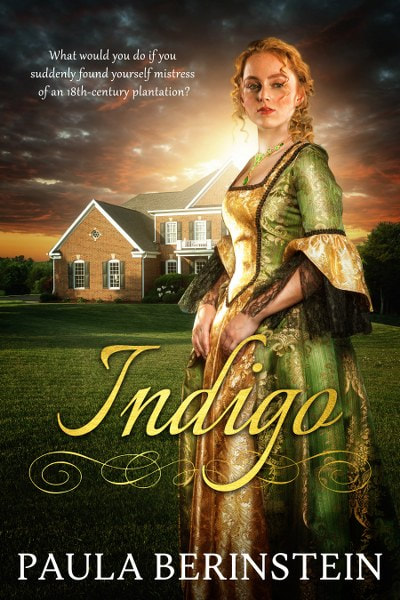 What would you do if you suddenly found yourself, mistress of an, 18th-century plantation?
Esther Rubens is looking forward to getting to know her new community in South Carolina and repairing her troubled marriage. But as soon as she arrives in Charleston her life begins to diverge from the idyllic picture in her mind. Her physicist husband, Melvin, is arrested for driving while black, she inherits a strange English property from a cousin she didn't know existed, and she learns that her great-grandmother Sophie, a brilliant scientist kidnapped by the Nazis discovered the secret of time travel of all things.
Intrigued by Sophie's cryptic journal Melvin begins to experiment with time travel, but his anger at the police makes him careless. The process backfires, killing him and throwing Esther back to 1750. Attacked by an unknown assailant the moment she arrives, she seeks protection at an indigo plantation belonging to a dashing planter with a dangerous secret, negotiating a deal that guarantees her safety. But she soon realizes she's made a terrible mistake. What she discovers on the plantation is far more horrific than anything she could have imagined.
Overwhelmed, she attempts to flee just as the planter's mysterious, handsome brother arrives from England seeking refuge-and offering an opportunity that's too compelling to turn down. But can he be trusted? And are the two of them strong enough to vanquish the evil that's pervading the lowlands? Only time will tell.
The first title in the Indigo series.
Add to Goodreads
Amazon * B&N * Kobo * Smashwords 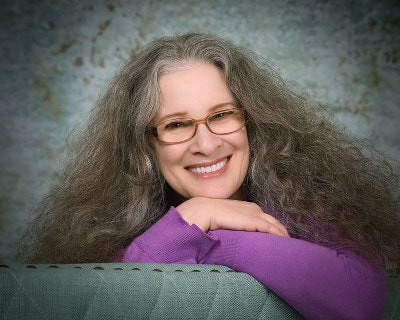 Paula Berinstein (Paula B) is the author of the Amanda Lester, Detective middle-grade/YA series, which features a descendant of the Sherlock Holmes character Inspector Lestrade and is set in the English Lake District.
She is also the author of a new time travel series for adults, Indigo.
From 2005 to 2012, Paula produced and hosted the popular podcast The Writing Show (http://www.writingshow.com). She holds degrees in English literature and librarianship from UCLA.
Facebook * Twitter * Instagram * Bookbub * Amazon * Goodreads