I would tell all my loved ones how much I love them and why I love them. And then I would make sure I’m right with myself. In the end, love is all that remains of us on this earth and it’s all we bring with us when we go. Our status, our money, our fame, our possessions, ultimately don’t mean a thing. I truly believe that we are here to learn how to love.

Children know how to love. As adults, we need to relearn this. We get lost in chasing after dreams, ambitions, money, status…and of course making a living is important, but we often elevate it into becoming our identity.

I had to step back from my “dreams” and start learning how to live in each moment again. The hardest work I’ve done as an adult is to circle back to what I knew as a child.

Martin Luther King Jr. and Vincent Van Gogh, both for wildly different reasons. Even though I am a white woman, Martin Luther King Jr showed me a clear example of courage, of striving to live a life of service. As a child, I felt deeply moved by his example and his purpose-filled life inspired me. He suffered terribly and yet would not relent and take the easier route. He followed the calling of his conscience. He was one of the finest human beings to ever walk this planet and the world is better for having him in it. He was a man who sacrificed his life for unity and who dreamed of a glorious day when children of all skin colours would hold hands in friendship, a day of equality and human dignity.

Vincent Van Gogh inspires me as an artist. He doubted himself and suffered from mental illness, which I know all about (I have had PTSD since I was 5) and hardly received any attention at all for his art. And although he received little recognition, he created art anyway, from his very soul. He was the essence of what it means to truly be an artist: to make art because of love, not for thought of outcome or reward. He was a delicate, sensitive man who painted with light and with his whole being. And yet even as he doubted himself and wondered why he couldn’t make a living from his art, he never gave up. I love him for that. If artists had patron saints, I would nominate him. St. Vincent, the patron saint of artists.

I wouldn’t be. I believe that any one person who has too much power, is going to be corrupted by that power. I believe there must be a collective body that governs, whose members are elected by secret ballot. The credentials for nomination would be quality of character, honesty, being of service, and believing in the unity of humanity.

I would love to say I would be a wolf. Sleek, mysterious, beautiful…a symbol of wild energy. But I’m not. I’m more like a bear. Often a grumpy bear. I have bursts of energy followed by times where I pretty much hibernate. Bears aren’t elegant or mysterious and they don’t run in packs. I do a pretty good impression of a mama bear too. Once, I was walking with my children (then small) in a parking lot. A car came whizzing around the corner straight at us. I roared “STOP!” this guttural, straight from the depths roar, and I swear I could have stopped that car with my body. I planted myself in front of my kids (too late to jump, and I would’ve left my child in the stroller behind). I was so loud, and my energy so aggressive, that the driver looked frightened of me. He stopped, and waved feebly, as if to say, please don’t hurt me. I have done those roars from my soul several times, and it can be embarrassing. They come from deep within when someone I love is threatened and is not something I can control!

I had a dream in which I couldn’t remember what colour skin I had. In my dream, I took a guess that I had dark brown skin. I was walking down this dirt road, and as I walked, I was a black woman. When I woke up, I realized it was the first time that I just felt like “me” without the label of whiteness, and without any kind of visual cue. I was me. I had just become a Baha’i and the teachings stress the unity of humanity, and how we are all one people; the concept of unity in diversity. I had obviously been thinking a lot about this when I had the dream.

I wanted to write a story that conveyed that feeling to children, so that they understand that they are beautiful just as they are. We have been deluged with images of what beauty is; the images have been so steeped in the dominant/domineering culture, that people of colour have felt invisible, as if only people with white/light skin can be beautiful.

It is up to all of us, as human beings, to further the cause of unity, especially with children. Children need to know in their very bones that they are precious, just as they are. They also need to know that their neighbour is beautiful, too, just as they are. The old ideas of beauty and worth need to be taken out with last week’s trash. They are dangerous and corrosive, not just to people of colour but to every single one of us. How many of us can look in the mirror and go, “You are good just as you are.” Most of us have to work at feeling like we measure up.

A flower garden is beautiful because of the variety of colours, shapes, and sizes of flowers. Can you imagine walking into a garden with only white tulips? Or only orange marigolds? We’d think the gardener had a problem. The human race is like a beautiful flower garden. We are elevated and strengthened by our diversity. This isn’t white-knuckled “tolerance” which is still about an “us and them” scenario. Unity in diversity is about the full-on joy in recognizing the beauty inherent in every single human being. Sometimes I find my breath taken away by it!

I found writing and illustrating the book to be really hard. It took ages for it to feel right. When I say “ages,” I mean years and years and years. I first came up with the story 30 years ago. What I LOVE about the book now though, is presenting it to school children. When they hear the refrain, “Brothers and sisters we shall be, stars of one sky, leaves of one tree,” they begin to LIGHT UP. By the end, they say it with me, completely spontaneously, a crowd of diverse school children, speaking of unity together. It makes my heart almost burst with joy! And I’m not exaggerating when I say the children light up. It almost seems like there is a light or an energy that is released with the power of unity. I see it over and over again in the presentations. I have another presentation of it later this month, and I’m looking forward to it. It will be the first time I’ve presented it virtually, due to the pandemic, so it will be a learning experience.

I did. I drew the cover and helped pick out the font and consulted on the final design. When the book had to be reprinted (the first publisher shut their doors due to health issues) I had complete control over the design. 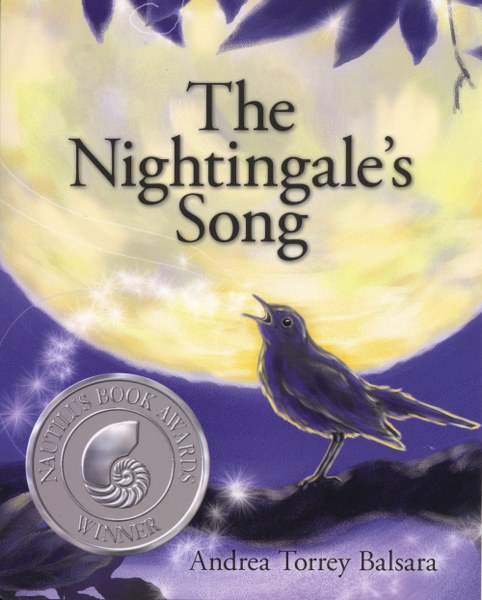 “Last night I had a dream
That my skin was brown, like mahogany.
My outside had changed, but my inside was ME,
And a nightingale sang from the nearby tree…”
Throughout one magical night, a child dreams of a world in which diversity is cherished, and the beauty of every child celebrated.
“Brothers and sisters we shall be,
Stars of one sky, leaves of one tree…”
The Nightingale's Song is also a 2018 Nautilus Book Awards SILVER winner
“Better Books for a Better World”
****Click here for FREE colouring pages! ****
Add to Goodreads
Amazon * Website 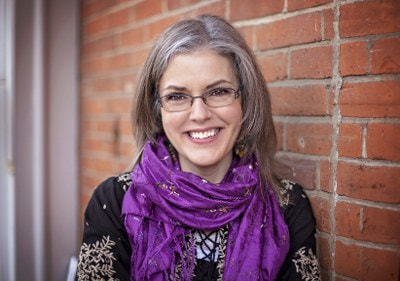 Andrea Torrey Balsara is a Canadian children’s author and illustrator who writes and illustrates for ages 3 and up. She is involved with children’s empowerment, and works to create stories that not only make children laugh, but makes them think. Her latest illustrated book, GREENBEARD THE PIRATE PIG , is a whimsical adventure about a guinea pig with a dream.
Website * Facebook * Twitter * Instagram * Bookbub * Amazon * Goodreads