I love answering this question, Starting in college, I got really into Firefly, so much so that I decided to stop studying French, and learned Mandarin just for the show. I ended up taking Chinese all four years. I’ve now forgotten more than I learned as I lost many opportunities to use Chinese past college, but occasionally (sorry if you’re reading this Dr. Sheng) will burst out a string of curse words in Mandarin so colorful I’d fill a coloring book. I swear! I can say nice things too,  it’s just a lot more convenient to curse in a language a lot of people in this area don’t speak so I don’t get shameful glances. There was a time I was the Subway in New York and slipped into Mandarin. They understood me perfectly well, I’m afraid.

I grew up in a little river town, everybody knew everybody’s business, school never closed due to bad weather because we were all about 4 blocks max from the school. We have an awesome little establishment there called the Dari Bar which makes the best burgers and coneys you’d ever want. My class size was around 12 students in total, so quite tiny. We are a railroad city, so every couple hours a big blast from the train would come through, during the day you kind of ignored it; at night it became more challenging to do so. I really enjoyed living there.

I would spend every last second with my kids and wife. I’d fit some time in with everyone else too, but my kids have had the least amount of time with me, I’d want their final memories of me to be good ones. They’d eventually fall asleep, I’d record videos for each of their birthdays. I’d write them as many letters as I could.  But they have to know how much I love them, and how every single thing I do in life is for their betterment.

David Bowie remains my hero, actually, even though he’s left us. He challenged the world, and made being abnormal okay and embraced. His music, his acting, his impact on society has left lasting impressions. I have a glass orb as he did in The Labyrinth, and pretty much still play all his music until the notes are etched into the walls of the house.

I’m a member of the Dudeist church – yes, Dudeist. Some of you may be familiar with the movie, The Big Lebowski. We adopted the Dude’s go with the flow way of living, and try to take it easy by enjoying some music, the company of our friends, and perhaps imbibing a few White Russians. Among keeping that vibe, I love playing League of Legends, Worms Armageddon on the switch, definitely having fun with my family, hiking at Red River Gorge, and camping as much as I can. Did I mention I have a new puppy? He’s a boxer named Bruce, and he’s a goof. 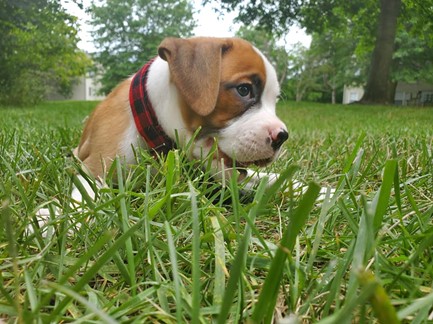 My kids ask me to tell them stories. As I do I tuck away ideas I come across during the tales I tell them and jot them into a file to come back to later. I’ve probably got around 30-50 story prompts that I’ve gotten the basis for, but haven’t had time to write out yet completely. They’re stewing.

There are a lot of different movies that I really enjoy. Each one for a variety of reasons. Boondock Saints is my oldest, well-loved movie. The lessons of vigilantism demonstrated in that movie really resonated with me, still do. Boondock Saints fueled my pursuits into Criminal Justice in college. Since becoming a father, I’ve got a hell of a lot more favorite movies just by exposure to my kids' films. A lot of them are silly, but Moana is one hell of a film. It’s got an amazing soundtrack that doesn’t bother me like most other kids' movies. Also, Moana herself defied her parents for the betterment of her whole island. She is the true Disney badass.

I gather ideas from all over the place, but the most influential was to Salem Massachusetts. To me, I’ve always felt connected to Salem. They have the like-minded people I’m into, the appreciation of the dark and misunderstood,  and of course all the history. I went to see Gallows Hill and stood on it. Did you know a Walgreens is built where the lake under Gallows Hill used to be? It’s a badass city, and cannot wait to go back for a longer adventure. 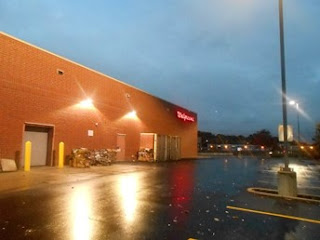 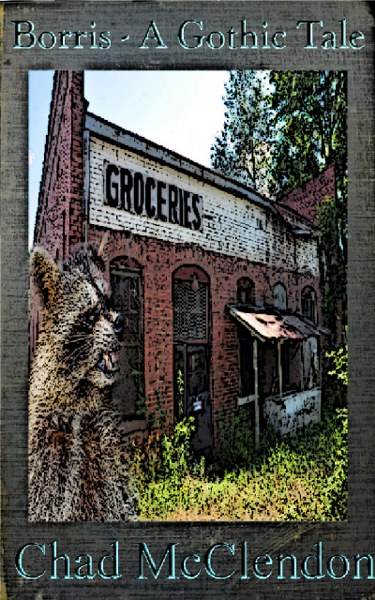 It was supposed to be a normal night at work for Jenna Byam, but when a Vampire Raccoon puts the grocery store where she works on lock-down, everything changes. She must find solace in the arms of a young stock boy hero, Brody, who is the only hope of ridding the world of this terror. But the raccoon's manservant, Vaan Strudel, has no intention of making things easy for them. There's a cleanup in every aisle once Borris gets their juices flowing.
** Only 99 cents!!**
Goodreads * Amazon 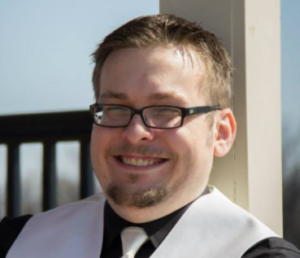 Chad McClendon is a 32-year-old author who studied English & Creative Writing at Northern Kentucky University. Chad has been published most recently through Crossed Heart, as well as in several online publications. He has won various awards for Fiction Writing. His short story, "Uploaded Vengeance" is now available in "One Night In Salem" by FunDead Publications.
Chad attended high school in Alexandria, Kentucky at Bishop Brossart High School. He was a founding member of Monday's Child, a volunteer group that worked around the Tri-State to better the lives of others. He was active in French Language competitions, and a general troublemaker otherwise.
He and his wife, Briana, have two daughters and one boy. In his free time, Chad enjoys camping at Red River Gorge, playing video games, and also swimming. Authors who have inspired him include Stephen King, John Steinbeck, William Golding, J.K. Rowling, Margaret Weis, Tracy Hickman, and others.
Website * Facebook * Twitter * Instagram
Amazon * Goodreads