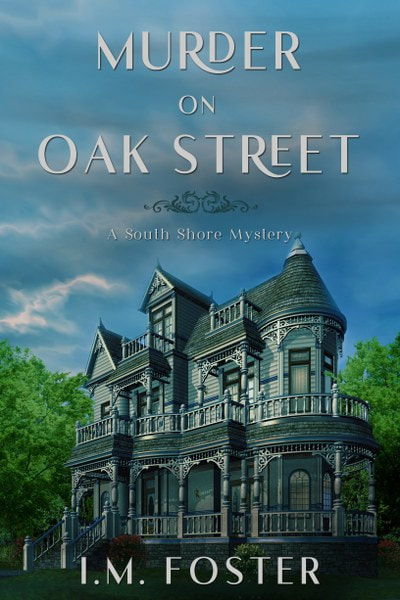 New York, 1904. After two years as a coroner’s physician for the city of New York, Daniel O'Halleran is more frustrated than ever. What’s the point when the authorities consistently brush aside his findings for the sake of expediency? So when his fiancée leaves him standing at the altar on their wedding day, he takes it as a sign that it's time to move on and eagerly accepts an offer to assist the local coroner in the small Long Island village of Patchogue.

Though the coroner advises him life on Long Island is far more subdued than that of the city, Daniel hasn’t been there a month when the pretty librarian, Kathleen Brissedon, asks him to look into a two-year-old murder case that took place in the city. Oddly enough, the case she’s referring to was the first one he ever worked on, and the verdict never sat right with him.

Eager for the chance to investigate it anew, Daniel agrees to look into it in his spare time, but when a fresh murder occurs in his own backyard, he can’t shake his gut feeling that the two cases are somehow connected. Can he discover the link before another life is taken, or will murder shake the peaceful South Shore village once again? 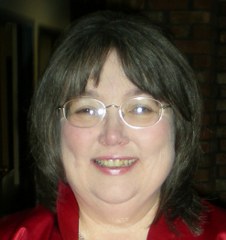 I. M. Foster is the pen name author Inez Foster uses to write her South Shore Mystery series, set on Edwardian Long Island. Inez also writes historical romances under the pseudonym Andrea Matthews, and has so far published two series in that genre: the Thunder on the Moor series, a time-travel romance set on the 16th century Anglo-Scottish Borders, and the Cross of Ciaran series, which follows the adventures of a fifth century Celt who finds himself in love with a twentieth century archaeologist.

Inez is a historian and librarian, who love to read and write and search around for her roots, genealogically speaking. She has a BA in History and an MLS in Library Science and enjoys the research almost as much as she does writing the story. In fact, many of her ideas come to her while doing casual research or digging into her family history. Inez is a member of the Long Island Romance Writers, and the Historical Novel Society. 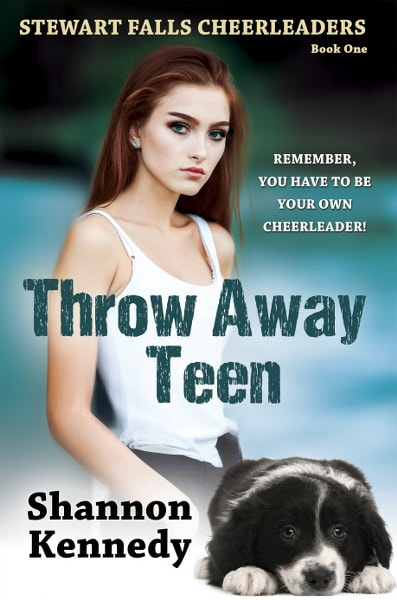 She’s disposable… and she knows it.

A survivor of too many foster homes, B.J. Larson is content living in a youth center where your status is determined by how long your arrest record is. And hers is lengthy. Then she’s placed in her 13th foster home in the small town of Stewart Falls, Washington - with foster parents who will “love” her, not just the money the state pays for her care. B.J. knows kids like her never get “real homes,” much less “real families.”

She's not stone-stupid. She knows a scam when she sees one but if these new foster parents want to pay her for grades and trying new things, she'll get the A's... Ah heck, she'll even be a cheerleader! 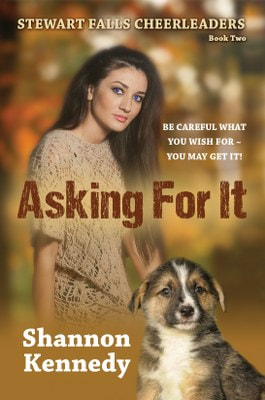 Add to Goodreads * Add to Bookbub 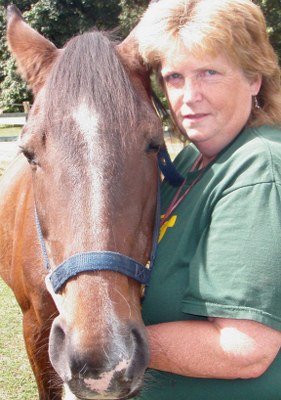 Shannon Kennedy lives and works at her family business, a riding stable in Washington State. Teaching kids to ride and know about horses since 1967, she finds in many cases, she's taught three generations of families. Her life experiences span adventures from dealing cards in a casino, attending graduate school to get her master's in teaching degree, being a middle and high school teacher, and serving in the Army Reserve - all leading to her second career as a published author. She recently retired from teaching school and plans to write more books for Fire & Ice YA, the Stewart Falls Cheerleaders realistic fiction series and the Shamrock Stable series about teen girls and their horses. Visit her at her website, www.shannonkennedybooks.com to learn about her books.

In My Hands by Sathya Achia Genre: YA Fantasy Adventure 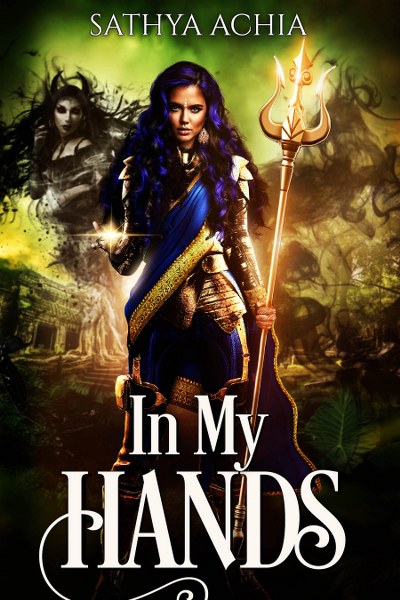 Sixteen-year-old Chandra S. Chengappa, a competitive classical dancer, passes for an average American teenager. But she has a monster of a secret: She can see evil in the form of the rakshasi-a demon supposed to exist only in South Asian folklores.

After discovering a glowing disc hidden among a collection of ancient Indian artifacts in her mother's yoga studio, Chandra starts having strange visions of a past she cannot remember, and the kind of future she does not want. The ruthless rakshasi wants what Chandra does not realize she has-a map to the Golden Trishula, a powerful, celestial weapon once wielded by the Hindu Goddess Durga-that controls the past, present, and future.

When tragedy strikes, Chandra and her sister are forced to leave their hometown in Virginia and travel to India to live in a remote jungle village devastated by the rakshasi. With the help of a cunning fortune teller, a fashion-forward Lambadi historian, a handsome daredevil, and a kind-hearted cow herder, Chandra must forge ahead into the unknown and prepare for the fight of her life before the people and the jungle she has fallen in love with are plunged into a supernatural darkness forever.

Sathya Achia was born and raised in Ontario, Canada, where she grew up devouring books and playing along the pebbly shores of Lake Huron, before moving to the United States. 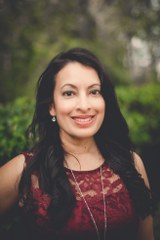 Sathya’s creative work is influenced by her South Indian Kodava culture. She grew up spending summers in the remote hills and enchanting jungles of the Western Ghats in India, where she learned the art of storytelling from her grandparents.
As a young reader, she missed seeing heroes like herself—of two worlds and cultures—so she enjoys writing stories inspired by her East meets West roots, mythology and folklore, and the natural world. She believes in the importance of diversity and representation in children's literature and creates stories of adventure and discovery for picture book, middle-grade, and young adult readers.
When not spinning stories, Sathya can be found trying a new yoga pose, exploring the great outdoors, traveling the world, or wrapped up in her greatest adventure of all: Motherhood.
Website * Twitter * Instagram * Amazon * Goodreads 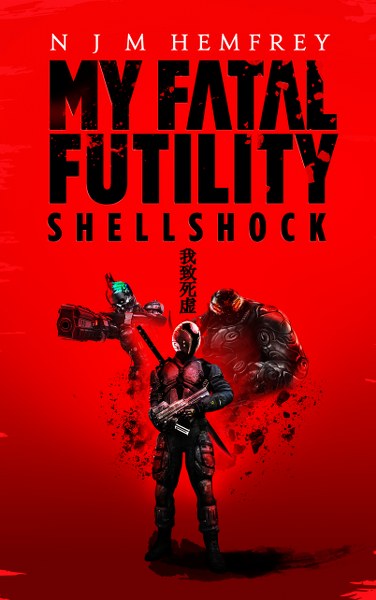 In a neo-Japanese inspired future, comes a cyberpunk epic with a razor-sharp time travel edge.

Kage Carnifex never bleeds easily. He's stronger than the slickest cybernetics. And the chip in his brain whispers the value of violence.

Kage is the last product of a dead corporation. When he is scraped off the streets by another megacorp, Kage plunges headlong into an unforgiving world of unbreakable contracts, absolute loyalty, and soulful devotion beyond what he thought possible.

Yet, the psychotic butchers from his shrouded past cannot be escaped forever, nor their malicious masters denied Kage's life. Blood is owed and carnage is coming to carve everything Kage loves apart.

And the secret to surviving may lie within a device Kage can't control; the chrono-disruptor -- a time machine -- but time is a fatal thing... 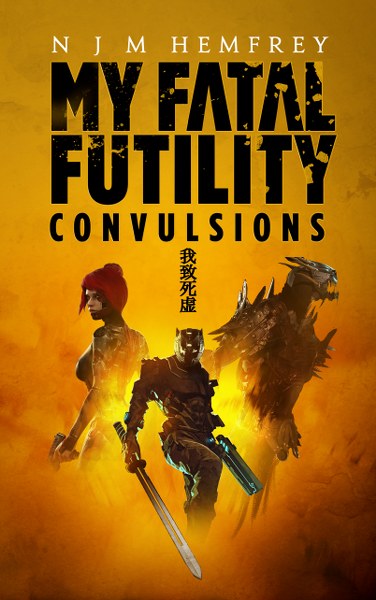 Return to the high-octane, ultra-violent world of the 25th century: where cybernetics, bionetics, and bionics blur the lines between people, robots, and beasts; where a secret sinister syndicate play the strings of apocalypse; and where the river of time runs with a fatalistic flow.

Honour-bound, tough as titanium, Kage Carnifex follows two paths that twist his head and heart. One turns him towards the past for love and strife in the climate-ravaged steppe of Norvono. The other fires him into the future under a new captain and a new strategy to devastate Psychosisium.

But seeing the truth of his destiny and origin is barbed with manipulation and betrayal. The hologram ghost of an archenemy promises answers to avoid armageddon. While the malfunctioning chip inside Kage's head seeks greater control of his body.

Facing off against temporal assassins, teleporters, and butcher-bots has never been deadlier. Fortified by samurai-instincts and bulletproof flesh, Kage plunges into the depths of this neon nightmare -- where good deeds make devils and the worst make gods.

N J M Hemfrey has degrees in Philosophy and Sociology, and Information and Library Studies, and is an administrator for a charity. He lives with his fiancé Kasha, who is the best individual to spend existence with, whether in lockdown, the apocalypse, or more normal things like the cinema, or wandering around old castles. He is an utter movie, book, video game and comic enthusiast, especially for the science fiction, fantasy, and horror genres. One of his greatest frustrations is that there is not enough time in the universe to ever finish the lists of things he wants to do. 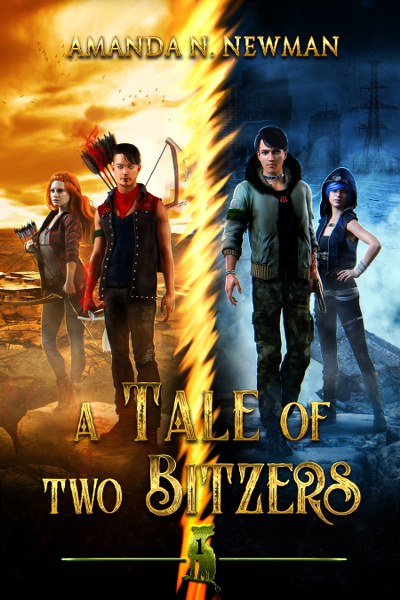 A Tale of Two Bitzers

Tales From the Outback Book 1

Sometimes friends can be found in the most unlikely places.

After spending the last two years confined to the Republic’s prison, Trapper Cayuse wants nothing more than to walk free again. The conditions for his supposed freedom: simple, tell the Republic’s Army where the rest of his Bitzer gang is. However, when the opportunity to escape presents itself, Trapper takes the chance and pays a heavy price. Injured and shackled with a device that makes him unable to use magic, Trapper now faces a long road out of enemy territory, a road that just happens to lead him to an unlikely ally, a Republic teenager named Ara.

Bitzers aren’t supposed to get involved in conflicts between slaves and their masters, let alone get involved in ways that end in blood. Nickel Cly has known that ever since he joined the Bitzer life, and never questioned it, until a chance encounter preys on his sense of honor. With a single arrow, he saves Alura, a non-magic wielder, from the master that almost killed her. But Bitzers don’t normally keep slaves for themselves, and acts of mercy aren’t always simple, especially when they make him question himself and the life he’s lived for the past decade. Now, he has a choice to make: send Alura back to the Republic, send her back to the slave trade, or protect her from those who wish to harm her, all while threats from her past close in. 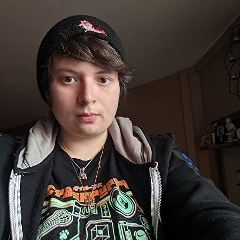 Amanda N. Newman is a blended fantasy author from New York. She has been writing since she was a child. As a quiet person who didn't make friends easily, while also battling social and general anxiety and depression, she found refuge in writing. She first started handwriting alternate universe style crossover fanfiction featuring her favorite characters from various video games, anime/manga, television shows, and other books, though she never shared any of these stories on any public forums. As her stories became longer and more intricate, she branched away from and adapted her stories from fanfiction and into different subgenres of fantasy fiction. In her final year of high school, she wrote her first original novel Hybrid Empire, a YA fantasy about an international student trying to fit in at a fictitious boarding school in Alaska. She currently lives in New York with her fiancé and two rescue dogs named Norman and Link.