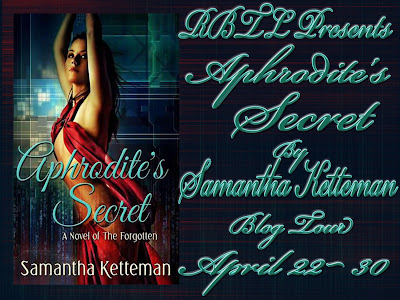 In her own words...Samantha Ketteman is a caffeine addicted insomniac who drives her husband crazy with her late hours and constant badgering about whether an idea is a good one for the next book, has the attention span of a chipmunk – OOH A FACEBOOK MESSAGE! And loves the men in her books just a little more than her own husband sometimes. Just kidding!

Do you have any little rituals you do or traditions you follow when you write?

I try really hard to never stop without completing the chapter. Then, I take a break between chapters so that I don’t get burned out. Some days, I get 3 or 4 chapters done in a day, sometimes only one, but I also always make it a point to write every day. There are those days when I just don’t have a chapter in me, so I will at least write a few paragraphs.

If you had to do it all over again, would you change anything in your published works?

I wouldn’t change a thing, except for maybe finding an editor sooner. I hate editing. I edited (with other help from friends and family) my first two books, and decided that I just want to write the stories. I hate editing. Did I say that already? Other than that, I think that my stories came out in the way they were meant to come out. I’m proud of everything I put out there, and hope that everyone loves it as much as I love writing it.

A peek into your future work; what are you working on now?

I am currently working on the first book in a new series, titled Reaping Justice, that should be available sometime in April or May, but plan to begin the second novel of The Forgotten, Jasmine’s story, as soon as the end of the month. It should be released in June or July.  Kaira, still reeling from the loss of her younger sister in a tragic boating accident, lives in the dark world of exotic dancing for survival. When one man enters her life, her world is turned upside down and inside out, where reality and fantasy seem to intertwine.

Kaira feels the eyes of a striking man watching her every move on stage. Zane is a scarred man with many secrets, one of which is the knowledge of who and what Kaira really is and the danger she will face.
While Zane fights a subconscious battle about what to tell her and whether he cares enough to get involved, another has noticed her as well. An Ithacan, sent to destroy her for what she is and take her powers to the God that has commanded all Forgotten be exterminated. The God intends to absorb her powers and rule absolutely.
Before Kaira realizes what is coming for her, she finds herself tumbling into a world where a scarred man that she is inexplicably attracted to will become her only hope. A hideous creature, one such as she’s never seen, is hunting her and trying his best to destroy everything and everyone she knows to get what he wants for his Master, and only Zane knows why.
While Kaira thinks it coincidence that Zane shows up at the club the girls like to frequent after work, Zane uses the planned interception to explore the pull that he feels towards Kaira, when he has cared for no one but himself for so many years. After finally meeting, Zane notices that the Ithacan has also followed and as their eyes meet, they both know that the battle for her soul will come; who will win is less important as the insistence Zane feels to tell Kaira who and what she is before she ends up like her sister.


Amazon
Excerpt
As she sashayed her way to the center of the stage, exaggerating the swing of her 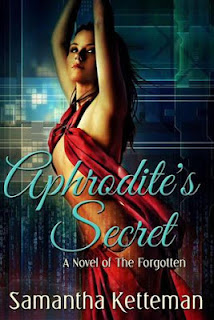 hips with each step, she glanced around the few rows that were in her line of vision. The spotlight focused on her made it impossible to see further. It looked as if it was a full house tonight, which was a good omen for her rent fund. She gave a small, slow sexy, smile, and sauntered over to the giant gleaming pole standing like an old friend in the center of the stage. As she swung around in a circle, back arched out from the pole to better display her more prominent assets, she was mentally singing along to the song.
Kaira hated this song, but it seemed to go hand in hand with the costume she was wearing for the night, and she had a whole routine devoted to this particular outfit and song.Sadly, this was one of her more popular costumes and characters. She shimmied down the pole, spreading her legs and bending over before sliding her backside back up the pole in a move that would have made many women blush; or fall over; or both. Sheturned to face the pole, jumped up, and then maneuvered herself so that she was then sliding down the pole head first, gripping it with her legs. She slid all the way down to the floor before releasing the pole, rolling over, and crawling her way along to the first row of eager faces beaming up at her. 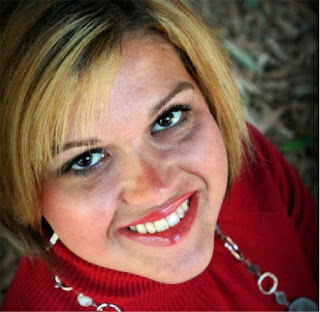 TOUR @ READ BETWEEN THE LINES
a Rafflecopter giveaway
Posted by M.C.V. EGAN at 3:30 AM