The first in a series of psychological suspense novels featuring Detective Michael Cancini. "I believe a man's worth cannot be defined solely by his goodness but also by his desire to battle that in him which is not good." George Vandenberg is in the midst of that battle, a broken man with a volatile temper and haunted by the memory of the young woman he once loved and "accidentally" killed. Wrestling with the guilt and pushed by his psychiatrist to confess the circumstances of her death, he teeters on the edge of a nervous breakdown. The past collides with the present when the doctor turns up dead, brutally stabbed to death in his office. Stunned and confused, George emerges as the primary suspect even as he becomes a target himself. To prove his innocence, George must face the police, his manipulative wife, and the past he's been unable to forget. When the truth is finally divulged, no one, including George, is prepared for the collateral damage or the shocking identity of the killer.

BUY A GUILTY MIND ON AMAZON


This review is from: A Guilty Mind (Paperback)
A Guilty Mind is every murder mystery reader's delight. The book subtle foreshadowing brings out the detective in ALL of us. But read carefully because Kellie Larsen Murphy can dish out the Red herrings as well as Agatha Christie.
The story line after the psychiatrist's murder also gets the reader to tap into their inner therapist to determine what makes the characters tick.
Detective Michael Cancini is flawed enough to be thought-provoking and very authentic. I look forward to reading more of Ms. Larsen murphy's work especially with Cancini as the sleuth. 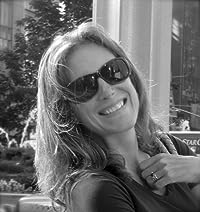 Kellie Larsen Murphy is a freelance writer who has worked in both the banking and publishing industries. In recent years, she has written on a variety of subjects and been featured frequently in several mid-Atlantic magazines. Her debut novel, A Guilty Mind, is the first in a series featuring Detective Michael Cancini. The second in the series, Stay of Execution, will be available in 2013. Kellie lives in Richmond, Virginia, with her husband, four children, and two dogs. She would be happy to hear from readers through her website, www.kellielarsenmurphy.com.