A Whisper In The Jungle: A Lion In America by Robert Mwangi 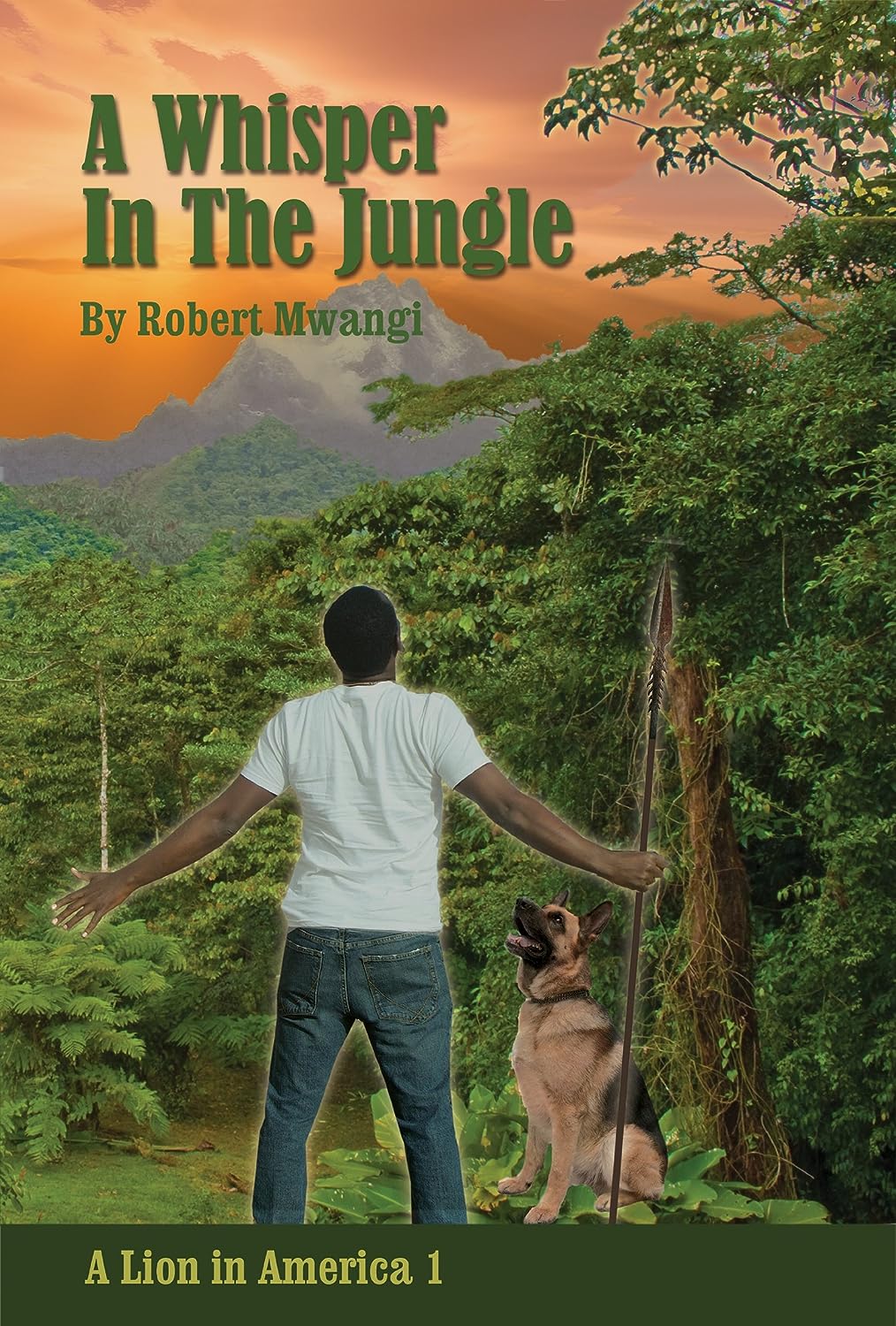 Deep in the African jungle where even the bravest are afraid to venture, lies a truth that will propel James through his improbable American journey, if he can come out alive. James a village boy in Africa receives a scholarship to go and study in America and he becomes the envy of the whole village. His girlfriend Janny is however skeptical of what a long distance relationship can do to love. But when Janny vanishes from the village, James and his dog Simba plunge into the belligerent forest at the risk of his life and his American dream. Love transcends all. A Whisper In The Jungle is a suspense story full of love, humor and adventure and mystery.

About the Robert Mwangi in his own words.

Many stories bombard our lives, but one that resonates with me is that of my mum pregnant as she wanders up and down the streets looking for a job. Her eyes reflect fear and uncertainty and yet the firmness of her jaws define a woman determined to do everything in her power to bend the arch of life towards a better tomorrow for her baby. And then came me. Who Am I? When I came to the United States, Americans asked me what my name was and I told them Robert. They looked at me in surprise then asked me again. “Really? What’s your real name, I mean the Af- rican name?” er?” “How come you speak English so well? Can you use a comput- This book is my reply. The 21st Century African has a first European name and a sec- ond African one. He speaks more than one language: for example, English, Swahili and the native language. While parents diligently try to teach the African customs and traditions, the 21st century Afri- can learns a whole lot more by watching the TV. In 1959, nationalist leader Tom Mboya began a program, fund- ed by Americans, of sending talented youth to the United States for higher education. There were no universities in Kenya at that time. The next year Senator John F. Kennedy helped fund the program, which trained 70% of the top leaders of the new nation, including the first African woman to win the Nobel Peace Prize, environmen- talist Wangari Maathai. Susan Mboya, the daughter of the late Tom Mboya later on continued this program in the 21st Century. In the early 21st century, there was an exodus of soccer players from Kenya mostly headed to Universities in the United States. The purpose of the program was to boost soccer in America and Ameri- can Colleges had also discovered a way to boost the strength of their soccer teams through international recruitments. I was one of the chosen players.

Email ThisBlogThis!Share to TwitterShare to FacebookShare to Pinterest
Labels: God within, Robert Mwangi, soccer, success for all