FOR LOVE AND VENGEANCE, AN INTERNATIONAL ROMANTIC THRILLER by Johnny Ray

FOR LOVE AND VENGEANCE
When everyone lies to you—trust your gut instinct If that fails—start over for your love deserves the best and murderous terrorist your vengeance . May God have mercy on their soul.

Both the Americans and the Russians think Victoria works for them exclusively. In truth; the Pack, an International Crime Syndicate, brutally controls her while they launder money in America by buying distressed houses for terrorist sleepers. While she executes the perfect escape, staging her death during a shark attack, she makes one mistake—she meets Royce, who worked as a special operative several years earlier, the night before disappearing.

Royce, on the other hand, wants nothing to do with any American led special operations after he had been lied to in order to keep him focus on his prior mission. His girlfriend had been abducted and brutally murdered earlier while they had kept him in the dark. The last thing he had ever expected was another woman in his life, especially a Russian spy. Furthermore, he never would have believed that she would be the one thing that would encourage him to finish a mission that he should have taken care of the first time.

Royce is well trained on how to discover the truth, so although Victoria’s apparent shark attack was well conceived he knows better. He had used the life of a surfer bum for years as his cover. The more lies he uncovers, the more suspicious he becomes until finally he feels like he has little choice. His prior operation was so top secret even the CIA were told nothing He didn’t need them then, and he sure the hell didn’t need them this time either. The last time it was for country—this time it was going to be personal.

BUY THE BOOK ON AMAZON


Johnny Ray has a passion for life and adventure that he loves to share with his readers. As an avid traveler and professional businessman conducting business worldwide for years he has made many interesting contacts and received numerous awards for top production. He has owned and operated several real estate companies, several insurance companies, and a stock brokerage company. He loves radio and TV talk shows, as well as speaking in front of various audiences. Feel free to contact him if you need a guest speaker. 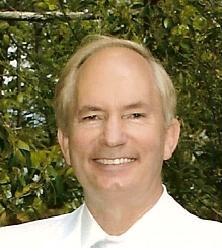 When it comes time to play, he is very active in many sports including dancing, swimming, tennis, biking, and skiing. While he loves adventures that are new, interesting and challenging, making friends that share his passions is a special gift.
Johnny lives in Clearwater, Florida where he works full time as a writer, and he can be often found in one of the hundreds of coffee shops along the beach working on his next novel. He belongs to the Florida Writer Association where he recently won the Royal Palm Literary Award for best thriller, the Romantic Writers of America, and the Mystery Writers Association. He attends various national writer conventions throughout the year, as well as several local writing groups in the Tampa Bay area of Florida.