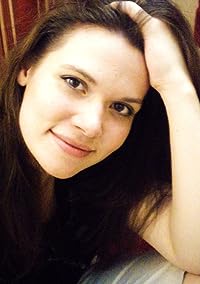 Sometimes, relationships can be deadly. Terri thought she was marrying a strong, loving man, only to find that beneath that handsome face lies something cold, brutal, and dangerous. After years of abuse, Randy takes things a little too far, and Terri finally summons the courage to take matters into her own hands and make her escape. But freedom comes at a price. Forging a new life, Terri tries to forget her past, but she can't help looking over her shoulder at every turn. When prison bars can no longer hold Randy, and her past comes knocking, Terri finds that the strength to trust again may be her only salvation.


How do you live with yourself when you don't even know who you are? On a chill October night, a girl goes missing setting the small town of Oakridge on edge. James has spent the last five years running from a past that still haunts him to this day. Now he finds himself thrust back into a life he thought he left behind. Finding out his new home may be haunted and reconnecting with an old friend while being thrust into a murder mystery, James finds himself trying to figure out which end is up while questioning his own sanity.

Laurel Adam’s was a normal teenager with dreams, aspirations and a bright future ahead of her…until the night her parents were brutally murdered. And she saw it all. With no promising leads, the killer is still out there, lurking in the shadows, waiting to strike again. Now Laurel’s life has been turned upside down. Haunted by reoccurring nightmares and forced to live in a cramped apartment with her screwed up sister and her sister's two kids, depression is her constant companion. That is, until the boy she’s been pining after all year finally notices her. Suddenly Laurel’s future is looking brighter than ever, everything she could have hoped for is coming true. She has the attention of the hottest guy in school, a date to Prom, and the only thing standing in the way of her happiness is his girlfriend, Amanda Price, the queen of her daddy's checkbook…and Laurel’s mortal enemy. Worse yet, the mysterious killer seems to have turned up again. And his sights are set on Laurel.


Tossed into a world of magic she'd only ever read about in books, Valerie Williams goes from teenage drama queen to tooth faerie almost overnight. Struggling to maintain her social status in a high school where designer clothes and having the right boyfriend makes the person, she finds that what's on the outside doesn't always determine what's on the inside. Having a hard time adjusting to the maturity she's been forced into, Valerie finds love and makes mistakes that could cost her everything. To make matters worse, she discovers that her new employer, Enamel Wear, Inc. is hiding a secret that may just leave her future hanging in the balance.

Brandi resides in Ohio as a devoted wife and mother of three beautiful children. She has many passions in life, writing being one. Unlike a lot of writers, Brandi doesn't see this as a job, but as a passion, and it comes naturally to her. Throughout her life she has played with it, writing quirky poems and short stories bordering on the bizarre, which no doubt reflects her self-proclaimed "weird" personality, but only over the last three years has she really focused on finding her voice.

Writing is an outlet. It's what offers relief when she is overflowing with creative juices. It is what keeps her company on a quiet night. And, as all writer's can relate, it is what keeps her up far too late when she should be snuggled into her pillow.

As of now, Brandi has quite a few projects she is working on, all unique in their own way, but all with an element of fantasy. A perfectionist at heart, she constantly strives to make each work better than the last. Here's to hoping you enjoy her work because there is more to come.