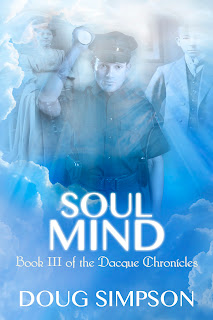 Dacque LaRose, a genuine good-guy and Good Samaritan, was accustomed to being visited by and communicating with disembodied spirits as he carried out his occasional assignments received from the Heavenly Powers. His latest spirit visit went miles beyond anything he would have ever imagined. The spirit of a former acquaintance and recent murder victim joined Dacque one morning on his favorite park bench and asked him to assist in solving his murder as the local authorities were getting nowhere, through no fault of their own but due to a lack of any substantial evidence in the case.

Dacque had absolutely no idea how he could be of assistance in solving a murder, but he was accustomed to receiving his Heavenly assignments one installment at a time so he knew the steps he would be expected to follow would appear in due course.

Dacque’s new assignment proved exciting and educational as the spirit of the murdered acquaintance gladly explained to Dacque and his detective friend the inner workings of the Soul Mind or subconscious mind. Doug Simpson is a retired high school teacher who has turned his talents to writing. His first novel, a spiritual mystery titled Soul Awakening, was published in the United States in October of 2011, by Booklocker. It was reissued in October of 2012 by 5 Prince Publishing as Soul Awakening, Book I of the Dacque Chronicles. For further details visit them at http://5princebooks.com/.It is available in print and eBook format through most bookstores around the world. Soul Rescue, Book II of the Dacque Chronicles was published in November of 2012, and Soul Mind, Book III of the Dacque Chronicles was published in January of 2013. His magazine and website articles have been published in 2010 to 2013 in Australia, Canada, France, India, South Africa, the United Kingdom, and the United States. His articles can be accessed through his website at http://dousimp.mnsi.net. 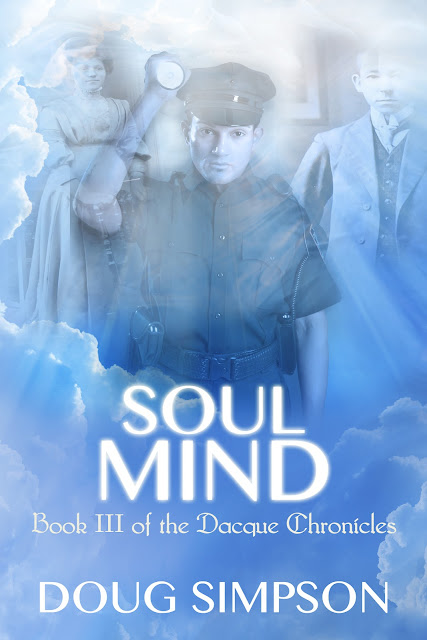