Hello Steve and welcome to your day in the spotlight. When did you first discover the desire to write was so strong in you?
I guess it was way, way back.  I tend to pick the arbitrary point of when I was 13 years old.  That's when jottings began to become more recognisable as real writing.  In fact, it was then that I wrote what was, to me, a novel!  Even then, it was science fiction.  It was all handwritten, on what I suppose would today be A-5 sheets, kept in a ring binder.  There were an awful lot of pages. 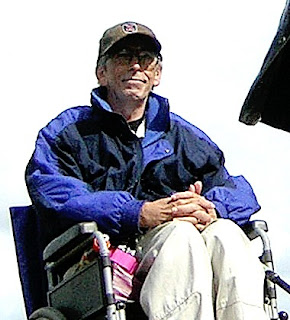 Do you usually write in the same genre you tend to prefer to read?
To a degree.  I read a lot of science fiction and fantasy, which I also write in.  Then again, I also read a fair number of books from historical fiction and modern military "true stories".  I've read some of the classics, including the heavyweights of Les Miserables by Victor Hugo and War and Peace by Leo Tolstoy, but many of them leave me cold.


When reading, do you prefer traditional printed books or ebooks?
I'm afraid I prefer traditional books!  I have a large collection of them, though not as large as it once was.  I've acquired a fair number of eBooks, though.  I find getting some books in print is impossible, so ebooks are the only option.  I read them mostly on my kobo mini or computer.  Ever since I got the kobo, I've discovered the advantages of eBooks.  But they'll never replace the feel of real books, or that wonderful smell when you enter an old fashioned second hand book shop!


Have you been influenced and/or inspired by another writer, or writers?
That's a tricky one!  I think every book you read influences you, and if you have favourite authors, then their influence will be stronger.  Early on, Ray Bradbury and J R R Tolkien both had a big impact on my understanding of what writing could achieve.


Do past or current events in your life have an influence on your writing?
Not really, except in terms of creating new characters and in describing emotions and reactions to situations.  After all, I'll never enter a fantasy world, other than by reading, and science fiction is equally set well beyond normal life.


Have you got both printed and digital books published?
Sadly, no!  I've only got eBooks out right now.  I had a few poems published years ago, in small press publications, but nothing more significant.  Perhaps it will happen one day.


Do you try to write to satisfy what is fashionable, or do you write pieces that you would want to read?
I'm afraid I'm selfish.  I write what I would like to read but hasn't been written yet.  I've never been accused of being fashion conscious LOL!  I guess I don't relate to fashion because it's so ephemeral.


How do you fit writing into your life? Do you have set times for writing?
It just happens, usually whenever the mood strikes.  I'm pretty much housebound, so I've got more than enough time to write, usually.  I do tend to reduce my writing time when my wife, Jenny, is home.  I can be caught writing at all kinds of weird hours.


Do you keep every jotting of ideas, just in case they might be developed at some later date?
I used to, but most have been lost over time.  I've got a few odds and ends on computer, which may or may not grow at some time in the future.


Do you write freeform or do you faithfully plan every piece meticulously before you start on a piece?
I write freeform.  I can't plan ahead.  By the time I finish constructing a plan, the spark has gone and I lose interest.  I know that that's frowned upon, but it's very much in keeping with my character.


When writing, most authors now use a computer of some description. Which do you find more satisfying: writing using any means available, using a computer, using a typewriter or using a pen/pencil?
I always loved writing using either a pen or a huge old manual typewriter I once had.  There's a satisfaction in putting the words on paper using a pen.  The typewriter was wonderful in terms of the sounds involved and the speed I could write at using it.  My first PC, many years ago, had a word processing program but it couldn't handle the size files that were necessary, so I tended to discount it as a writing medium.  Now, illness having wrecked my handwriting, I use either my Desktop PC or my little netbook.  They lack the same satisfaction level, and can be soulless, but they get the job done and do make amendments much, much easier.  I also dabbled with writing on iPod Touch and iPhone but that was pretty much a flop.


Have you ever been somewhere and discovered a copy of a book that's extremely difficult to find, and drooled over the discovery?
Yes!  Many times!  The biggest was when we went to a fair at Ipswich Docks and I found a book of fairy tales illustrated by the great Arthur Rackham!  I was actually trembling, I was so excited.


What is your greatest ambition in writing?
That's difficult.  I guess it would have to be to write a major work, with huge scope.  A real epic!