This review is from: Head Case (Kindle Edition)
The clever perspective chosen by Jennifer Oko leads the reader through a fantastic story-line. The voice of the ghost is as human as it is ethereal, giving the reader a broad and unique POV. It takes a lot of courage to step out of the box, which this author did magnificently.
In today's world where the search for the magic pill to solve it all invades our homes through TV commercials and magazine adverts the book is as entertaining as it is thought provoking.
Ms. Oko should be very proud and I am happy to give the book a most deserved 5 star rating. 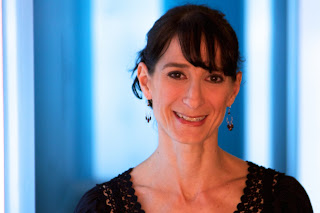 Jennifer Oko's first book, Lying Together: My Russian Affair (written under her maiden name, Jennifer Beth Cohen), was published in 2004 and received numerous positive reviews. The New York Times Book Review called Lying Together "riveting" and twice named it an Editors' Choice. The San Francisco Chronicle raved, saying it was "a heady cocktail" and "a quick, juicy read." Her second book, a satirical novel about morning television news entitled Gloss, was a Marie Claire "pick of the month" in 2007 and chosen as a "hot summer read" by USA Today.

Currently working as a freelance writer and media consultant, Jennifer is a "recovering" journalist and award-winning television news producer. A graduate of Columbia University's Journalism School, her career has taken her across the country and around the world.

Additionally, Jennifer's writing has been published in a variety of magazines, including The New York Times Magazine, New York Magazine, Maxim, Self and Allure.

Jennifer lives in Washington, DC with her husband and their son and daughter. 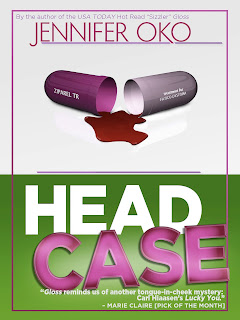 As one reviewer states: "HEAD CASE is an enjoyable gem of a mystery, and more...There are drug-dealing grannies, pill-popping celebrities, Russian mob bosses, eccentric ex-Soviet chemists, feuding roommates, faltering friendships, bad bosses and a rat named Raskolnikov - so how can you not have fun?"

HEAD CASE is a new, exciting and sometimes laugh-out-loud funny mystery from an author whose work has been called "SIMPLY RIVETING" by The New York Times and "SHARP AND FAST-PACED" by Publisher's Weekly. It's like Alice Sebold's The Lovely Bones meets Carl Hiaasen's Nature Girl (with a dash of Janet Evanovich's One for the Money) as Olivia embarks on a postmortem quest to deconstruct the remarkable events that lead up to her mind-altering death.

A comic satire of the influence of the psychopharmaceutical industry on American life, HEAD CASE takes Olivia and her estranged friend and roommate Polly Warner on a collision course involving ethically challenged executives, spotlight-hungry celebrities, third-rate mobsters and drug-dealing babushkas. A smart and savvy page-turner, HEAD CASE explores the meaning of personal relationships, emotional intelligence, and mental health while taking the reader on a synapse-stirring, neurotransmitting rollicking ride.

"Oko's writing is as addictive as the pills she pokes fun at!" ~ElevenelevenAM, Amazon Reviewer

"All I can say is that if you don't put ALL YOUR OTHER BOOKS AWAY and read just the FIRST chapter you are NUTS; you will find yourself going and going and I will just say it now --your welcome!" ~Jennifer Elizabeth Hyndman, Amazon Reviewer

It's all very dramatic. Although I suppose on some level, in the end, that is what Polly wanted. I mean, she didn't want anyone dead, certainly not anyone she knew. The opposite really. She once told me she just wanted it all to be very alive. Life. Which is drama, right?
I think she was probably right, that to some degree that's what we all want. Or wanted. If we were going to be satisfied just living our lives with the dull drudgery of the everyday, then why would we spend so much time fantasizing about what's next, what's in, what's hot? If dull drudgery made us fly, Polly wouldn't even have the silly career she has. Celebrity publicists wouldn't exist. No one would aspire to anything. And without aspirational living, who would care about celebrities, luxury goods, or, hear me out now, the pursuit of happiness. Right? So maybe there's a very direct link between our celebrity culture and our societal eagerness to pop a pill.
I know it might sound like a stretch that there could be a connection between designer psychopharmaceuticals and, say, designer fashions, but if you stop to consider that, with the exception of certain celebrity Scientologists, just about everyone who is anyone in the world of the aspirational has certainly popped a few in their time, it makes sense. We live by these assumptions that overnight success is possible, that shiny happy people are models to uphold, that tomorrow any of us could be the next A-lister, the next gazillionaire. Couldn't there be a connection here? If there is a pill for every little micro-problem in our brains, why not believe that there's a quick fix for everything else too? I'm sure Polly used to believe that. I know she did.
This is what's so nice about being dead.
I get to play the role of wise sage, and with an amazing perspective. Because when you die, not only can you flit around the present, you also get to watch stuff in rewind. You get to go inside peoples' heads in the past tense and follow the firings of their synapses, medicated or not, as they spit them toward the present. Yes, Cher, it turns out that you can turn back time. But the catch is-drum roll please-you can't be alive to do it. And so, proverbial remote in hand, I'm now able to backtrack; I can take a look and try to figure out how this all happened to my best friend. And by extension, of course, how this happened to me. How, at the ripe age of twenty-eight, with a future as bright as whatever cliché the tabloids will soon be gushing, my body-the body of Olivia Zack-is lying down there in the back of a black Lexus SUV (license plate NYX1KZ, in the event anyone can do anything with this information) while I'm up here, floating around bodiless in the ether, shape-shifting, wall-transgressing, house-haunting, and whatever else it might be that you imagine we ghosts can do. I'm trying to figure that out as well. After all, this is fairly new for me, too. I've only been like this for a few minutes, just long enough to zip up to Polly's apartment and witness her flailing about, waiting for me to come and comfort her once again.
Anyway, in order to figure this out, it seems logical that before I can fully focus on my ending, I need to go back to the source of the whole mess. Because it's very clear, especially considering the other blood that was spilled near my remains, that I seem to have gotten caught up in a drug war. And I'm not talking crack cocaine. I'm talking Prozac. I'm talking Ritalin. I'm talking Adderall, Lexapro, Zyprexa, Klonopin and what have you. The good stuff. The blockbusters. The billion-dollar babies.
Go get some popcorn. The show's about to begin.

a Rafflecopter giveaway
Posted by M.C.V. EGAN at 6:00 PM