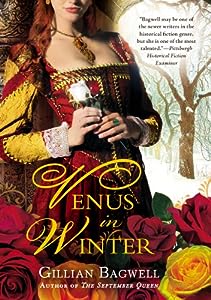 The author of The September Queen explores Tudor England with the tale of Bess of Hardwick—the formidable four-time widowed Tudor dynast who became one of the most powerful women in the history of England.


On her twelfth birthday, Bess of Hardwick receives the news that she is to be a waiting gentlewoman in the household of Lady Zouche. Armed with nothing but her razor-sharp wit and fetching looks, Bess is terrified of leaving home. But as her family has neither the money nor the connections to find her a good husband, she must go to facilitate her rise in society.

When Bess arrives at the glamorous court of King Henry VIII, she is thrust into a treacherous world of politics and intrigue, a world she must quickly learn to navigate. The gruesome fates of Henry’s wives convince Bess that marrying is a dangerous business. Even so, she finds the courage to wed not once, but four times. Bess outlives one husband, then another, securing her status as a woman of property. But it is when she is widowed a third time that she is left with a large fortune and even larger decisions—discovering that, for a woman of substance, the power and the possibilities are
endless . . .

Bess of Hardwick Husband No. 4 of 4

Bess of Hardwick’s fourth marriage was the longest, and though it began with high hopes and ambitions, it was the most unhappy. 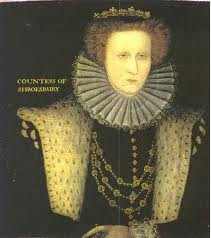 Bess returned to court a wealthy and very eligible widow after the death of her third husband, and had many suitors. There were rumors that she would marry Henry Brooke, Lord Cobham, the brother of her longtime friend Elisabeth Brooke and brother-in-law of another close friend, Frances Newton Cobham. In January 1567, a servant of Lord Lennox wrote that she would instead marry her old friend Sir John Thynne or Lord Darcy.


But in the end, the winner of Bess’s hand was the enormously wealthy and powerful George Talbot, the Sixth Earl of Shrewsbury. Only dukes and male members of the royal family ranked above earls, and at the time Shrewsbury was courting Bess, there were no men in the royal family and only one duke, and Shrewsbury was the premier earl. He was likely the wealthiest man in England in terms of his landholdings, which included vast holdings in many counties and many grand houses. In one year, his income was £45,446, when ten pounds was the top fee of a barrister or the controlled annual wage of a brewer, according to Liza Picard’s Elizabeth’s London.


Shrewsbury was a year younger than Bess, and each of them had children who were at the age where they needed to make good marriages. Their union was a dynastic alliance, securing their enormous wealth and properties for the future. On February 9, 1568, around the time that Bess married Shrewsbury, his fifteen-year-old son Gilbert Talbot married Bess’s twelve-year-old daughter Mary Cavendish, and Bess’s seventeen-year-old son Henry Cavendish married eight-year-old Grace Talbot. (Such child brides weren’t uncommon in noble marriages. The marriages weren’t consummated until the girls were much older.) 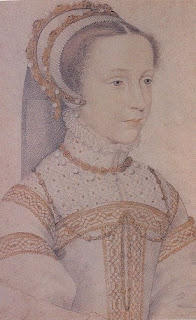 With the marriage, Bess became the Countess of Shrewsbury, a title that greatly elevated her social standing and precedence. Before the year was out, Shrewsbury was made a privy councilor. He was also made the custodian of Mary Queen of Scots, who had fled from Scotland to England when she was forced to abdicate. Queen Elizabeth wanted to keep control of Mary, but she had to be housed and treated like a queen. It was an honor that the queen entrusted Mary to the care of the Shrewsburys, but the responsibility became a nightmare. The crown didn’t provide enough money to keep Mary’s vast retinue. They had to move her from house to house, and always be on the alert for plots to put her on the throne in place of Elizabeth. Mary was much younger than Bess, and reputed to be one of the most beautiful women in Europe, and there were rumors of her romantic involvement with Shrewsbury. And in the end, Mary remained their half guest, half prisoner for almost seventeen years, contributing to the utter ruin of their marriage.


But those dramas all took place after October 4, 1567, Bess’s fortieth birthday, the date on which my novel Venus in Winter ends, and will have to wait for a sequel.


Gillian Bagwell’s novel about Bess of Hardwick, Venus in Winter, will be released on July 2. To find links to Gillian’s posts on Bess’s other husbands and other subjects related to the book, please follow her on Twitter, @GillianBagwell, and on Facebook, https://www.facebook.com/gillianbagwell, and visit her website, http://www.gillianbagwell.com. 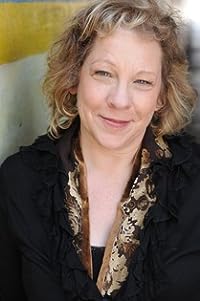 Gillian Bagwell’s richly detailed historical novels bring to vivid life England in the sixteenth and seventeenth centuries. Venus in Winter, based on the first forty years of the life of the formidable four-times widowed dynast Bess of Hardwick, begins with Bess’s introduction to the court of Henry VIII just as the king weds Anne of Cleves. Bess quickly learns to navigate the treacherous waters, and survives the turbulent reigns of five Tudor monarchs to become of the most powerful women in the history of England
The Darling Strumpet puts the reader smack in the tumultuous world of seventeenth century London, charting Nell Gwynn’s meteoric rise from the grimy slums to triumph as a beloved comic actress, through the cataclysmic years of the last plague epidemic and the Great Fire of 1666, to the licentious court and the arms of the king.
The September Queen (U.K. title The King’s Mistress) is the first fictional accounting of the extraordinary real-life adventure of Jane Lane, who risked all to help the young Charles II escape after the disastrous Battle of Worcester in 1651, saving his life and the future of the English monarchy.
Gillian uses her years of experience in theatre an actress, director, and producer to help authors give effective public readings, through workshops and private coaching.
Her life-long fascination with British history and dedication to research infuse her novels with a compelling evocation of time and place, and provide fodder for her non-fiction writing, including articles on “Frost Fairs on the River Thames” (http://www.lorisreadingcorner.com/2011/01/guest-post-giveaway-gillian-bagwell-the-darling-strumpet.html), “The Royal Miracle: The Biggest What-If in English History,” (http://www.historyinanhour.com/2012/07/14/charles-ii-royal-miracle), and “1660: The Year of the Restoration of Theatre.” Gillian blogged her research adventures for The Darling Strumpet (http://www.nellgwynn.blogspot.com) and The September Queen, including the day-by-day events of Charles II’s dramatic escape after the Battle of Worcester (http://www.theroyalmiracle.blogspot.com).
Please visit Gillian’s website, www.gillianbagwell.com, for more on her books and upcoming events.