Bryan W. Alaspa is a freelance writer and professional author of both fiction and non-fiction. Having lived in Chicago almost his entire life, he spent a few years living in St. Louis. Bryan's writing first began when he sat down and wrote a three -page story on his mom’s electric typewriter in the third grade. It’s been all up-hill since then!
With over 20 books in both fiction and non-fiction genres available, you can find most of them at Amazon.com with few books just for your Kindle and iPad users. Be sure to check them out.
A blogger for some time, you can learn about upcoming books as well as various author events Bryan is involved in. 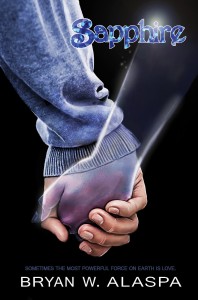 
Jimmy Parker is a typical high school student. Unpopular with the girls and picked on by the boys, he’s just trying to survive long enough to escape the tiny Pennsylvanian town of Knorr. With Jimmy and his friend, George, heading to the school dance, they expect nothing but the usual ritual humiliation from their peers. But when a girl in a brilliant blue dress enters their lives at the side of a lonely old bridge…everything changes.


Her name is Sapphire, and she is the most alluring girl that Jimmy has ever met. Yet, there is something strange about her; something different. Why has he never seen her at school? Why does she only want to meet up near the bridge? And why does everybody keep warning Jimmy to stay away from her?


Before long, Jimmy is plunged into a decades-old mystery. The town of Knorr has many secrets; some held by powerful men. Men that would do anything to keep them from getting out. Something dark happened one night in Knorr, and now Jimmy is a part of it whether he likes it or not.


And Sapphire holds the key to understanding it all.


Jimmy discovers that his bond with the mysterious girl creates a unique power between them. A power that bridges time, space, and even dimensions. It is the one thing that could save them both.


Because sometimes the most powerful force on Earth is love. 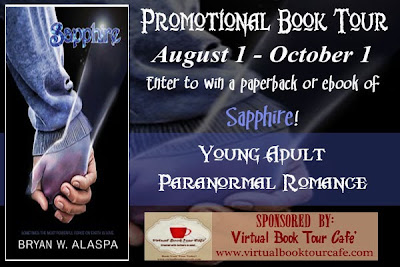