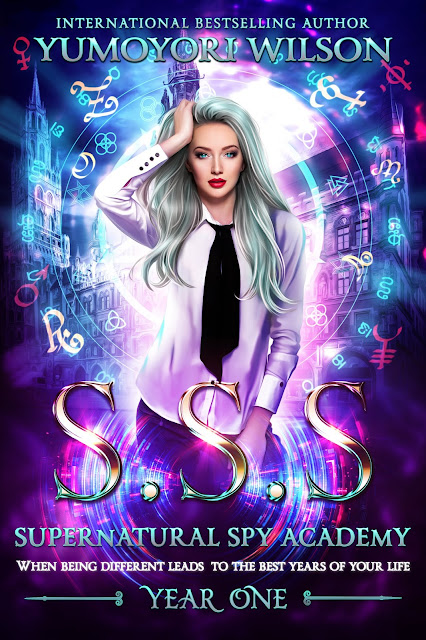 When being different leads to the best years of your life.

There are three key components required to get into the most prestigious, top spy academy in the world:

My name is Silver Spell Solange. No, I didn't plan for my initials to be the same rank needed to enter the spy academy. But I would do anything to get into the one of a kind school. I have the magical capability of an Elemental Witch, the strength to kick anyone's ass, and quick problem-solving skills to get my teammates out of any jam. There’s only one small problem – the other 'S' I’m missing.

I'm not a part of the supernatural race.

After realizing the my only shot at my dreams is at the brink of extinction, I'm unexpectedly teamed up with a werewolf, a dragon, a fallen angel, and a hellhound. The four of them carry the assets and abilities I need to gain my spot into the Supernatural Spy Academy (SSS).

With the clock ticking and not much leg room for an SS score, I accept their bet, knowing I’ll easily handle whatever they request from me.

I didn't think their bet would lead me to date all four them.

It's time for me to buckle up. This four-year roller coaster is about to begin, and its a bumpy one-way ticket to becoming the next "supernatural" spy.

"Any faster?! I swear he's going to burn us to ashes!"
My head turned back to get a good glimpse of the ginormous black-scaled dragon following not too far behind.
"Hang on!"
I looked up to my teammate as he outstretched his wings.
"I don't really have a choice here," I commented. He looked down to raise an eyebrow at me, but since we were trying not to get caught and screw up this Quest, he returned his focus on catching up with the rest of our teammates.
We lowered into the forest before he did a swift left turn. I had no idea where we were going, but it looked like a cave was up ahead. I pointed to it.
"There?" I exclaimed. We swiftly entered the cave and jerked to a stop, a second from hitting the solid wall. I sighed in relief, but I knew we weren't out of the woods yet.
My body was lowered to the ground and I turned to face my four teammates, all of them out of breath.
"You still got the ring?"
I grinned, slipping my hand into my bra. The four of them looked around the cave, not wanting to be caught staring at my breasts. I retrieved the little gold ring – presenting the gem for the others to see once again.
Even in the dim cave, it seemed to illuminate like multiple lights were shining upon it. I had no idea what magic it possibly possessed, but I couldn't wait to use it.
My eyes stared at the gold ring, taking in the big white pearl that was surrounded by four other gems: a jewel as bright as fire, one that was a teal turquoise like water, one that twinkled like a golden star, and a gem as pure as the dark night sky.
There were letterings on the gold band, piquing my interest as I took it out of its protective box. I took a closer look, unable to comprehend how a ring could be so radiant.
What was most important was how this little piece of jewelry was going to be the key to my entrance into the best spy school in all the lands.

This is exactly what I needed. My golden ticket to Supernatural Spy Academy. 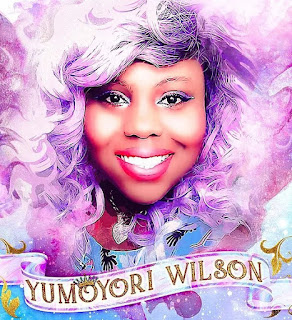 Yumoyori Wilson is a full-time author who has a slight addiction to bubble tea.

She previously was a Pediatric Registered Nurse, working her night shifts away and reading her kindle during her breaks. She decided to take the chance at becoming an author and is now working on multiple projects in various genres, including Paranormal Romance, Urban Fantasy, Sci-Fi, and more.

She lives in Toronto, Ontario and loves to bother her lovely Mother (also known as her Queen) and has many projects and plans for her readers.