I was inspired to write the A Louisiana Love Series after I wrote about the families in my Christmas books Love Me Again and Never Looking Back. I needed to explore these families a little deeper and they made sure I knew it.

I’m presently working on another four-book series and a Christmas release that will go out this year with friends.

Lots of African American families keep with the same initials in their family, especially, if the husband and wife have that initial. So, these families have stuck to that tradition.

With all three, I loved writing up into the plots. For the first time I really had no clue what my plot would be. I wanted to try writing without grafting and it worked for me. I also really enjoyed digging for another language. I wanted to incorporate Spanish since the characters were Latino, and it was amazing.

When I think about the main family, The Booth Family…

the wife, Jessica Booth, is definitely the matriarch of her family.

her husband, Jasper Booth Sr., is a witty mild-mannered man.

their adopted son, Kane Jackson Booth, is a hothead who is eventually going to figure out why he’s so angry.

their son, Jasper Jr., is a complete smart mouth who I’d like to say is me as a guy, and

their daughter, Jasmine, is the typical spoiled baby girl of the family who has her father’s heart and her mother’s stubbornness.

Will Smith would be Dr. James Booth.

Gabrielle Union would be Jasmine Booth.

LaLa Anthony would be Veronica Kimbrel-Booth.

Jennifer Lopez would be Selena Cox.

Fantasia Barrino would be Jade Booth. 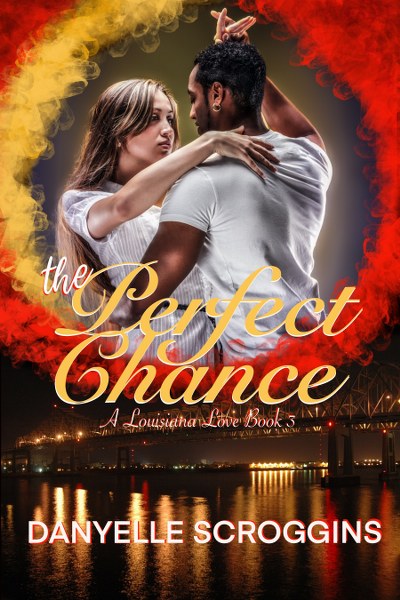 Kane and Veronica’s wedding became the perfect backdrop for the next Faith Temple Cathedral wedding, as Damon proposed to Selena. Although it felt right from the beginning, things are progressing, and Selena is starting to feel something pricking about her response.
Newly married Veronica Booth and her sister-in-love, Jasmine Kimbrel, have decided to throw an exclusive couples event for all the couples of Faith Temple Cathedral who were instrumental in their life and wedding. And although there are a few singles in attendance, most of them are engaged or have someone they’ve labeled as a close friend or potential love interest. As soon as it seems that everything is going how they envisioned, The Perfect Chance to do what is right, instead of what appears pressured, brings two people to a space that neither of them saw coming.
Austin Davenport has been in love with Selena since she walked into Vance’s room at Louisiana Day Hospital. And although she pulled away from him and into another man’s arms, Austin’s committed to standing in faith. Will his faith pay off by presenting The Perfect Chance for Austin to win back her heart, or will he have to pick up the pieces of his broken heart?
Goodreads * Amazon 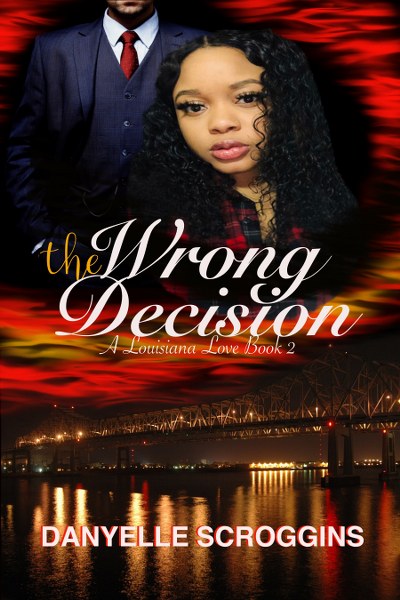 Kane Jackson Booth is in love with Veronica Kimbrel and neither of them desire to venture into forbidden territories but things are becoming a bit more heated than either of them can handle. So in making what she feels is a right suggestion, Kane makes a wrong decision that could cost them their forever after.
Right when things are shaking and seemingly cracking, Selena is in need of help and Veronica uses this opportunity to leave Kane and all of their problems behind her. She soon finds out that running away doesn’t always solve the problem, or make things right but in the school of love, making
The Wrong Decision because of someone else’s wrong decision, can bring love to a breaking point and destroy what God has plans to put together.
Now, that Veronica is heading home, she has to face the facts that she’s just as bad as Kane. But what she does not know is, Kane has come face to face with his own facts and is preparing a surprise that will altar their very lives, and at the same time bring joy and healing to their hearts.
Jasmine is now Jasmine Kimbrel, the wife of Vance Kimbrel but her Jessica Booth is making the right choice with repairing the breach completely between she and Jasper Sr.
Will this be another Booth surprise to remember? Or will The Wrong Decision ruin their chances at being the one big happy family everyone respects?
Goodreads * Amazon 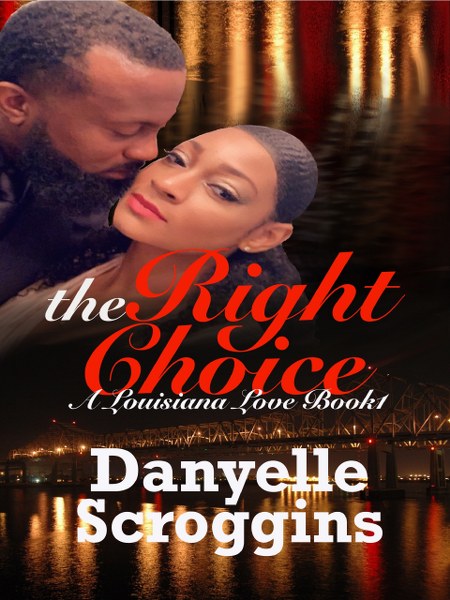 Jasmine Booth has fallen in love over the Christmas holiday to Vance Kimbrel Jr. and neither of them are willing to let the other go their separate ways. If you were born in a pentecostal, Baptist, or protestant home, you know the cardinal rule when it comes to living with someone with whom you have not married. It’s the imaginary eleventh commandment…Thou Shalt Not Shack, and both Jasmine and Vance have decided to break the rules.
In The Right Choice, Jasmine Booth, the one and only daughter of Jasper Sr. and Jessica Booth, has made a choice that has made neither of her parents proud. She’s moving to California to become the live-in woman of Vance Kimbrel Jr., and she refuses to change her mind because her family calls it sin.
Jasmine feels like she’s old enough to make her own choices and decisions, but questions whether or not Vance will still respect her in the end.
Vance has found the love of his life. Now, coupled with his two main goals, finishing college and going into the league, he’s now added, becoming the husband of Jasmine Booth.
Something will happen to make Jasmine question whether or not the right choice was made. But in the end, it was Jasmine’s choice to make.
Will this choice lead them in a direction that’s deeper than disappointing their parents? Or, will both Jasmine and Vance learn a lesson that will last a life time.
One thing is for sure, we all are entitled to make choices, but the question will always remain, Are we willing to endure the Consequence or our choice? And, Whether or not it was, The Right Choice.
Goodreads * Amazon 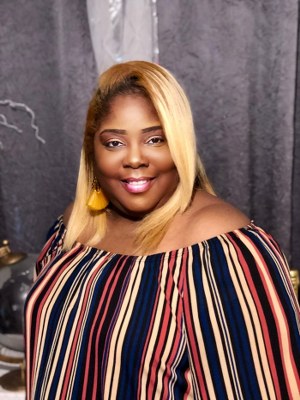 Danyelle is the Senior Pastor of New Vessels Ministries North in Shreveport, Louisiana. She is a dynamic author of both Christian fiction and non-fiction books. She studied Theology at Louisiana Baptist University, has a Psychology Degree from the University of Phoenix, an Interdisciplinary Degree in Psychology /Biblical Studies, and a Masters in Religious Education from Liberty University. She owns Divinely Sown Publishing LLC.

Swag Bag with the series and other goodies!