I was a Midwestern kid living in Illinois, Kansas, Missouri, Michigan, and Indiana by the time I was eighteen. Then I joined the Navy and packed a lifetime of living into nine years—the first four years in Hawaii and the last five in Scotland. Since then I've ping-ponged across oceans several times with my British wife living in Seattle, England, Minnesota, back to England, and back to Minnesota where we currently live with our two Shih Tzu/Bichon cross dogs.

I was in property development in the UK in 2009 when the big crash came. While unemployed, I began writing—not to become the next Stephen King, but to pass time. I wrote my Naval memoirs, but since I wasn't a Navy SEAL or warship commander there was little interest in my work. So I created my alter-ego, Tyler Chambers, and got a trilogy out of him. He went to Hawaii, sailed the Western Pacific, and ended up in Scotland. Much like I did, but Tyler was a lot more fun—and dare I say stupider—but he had a damn good time!

Since then I've written three memoirs about coming to and leaving America and No Halo Required is my sixth novel—nine books in total.

I started this book long before the George Floyd catastrophe and the racial tension those events have brought about in the world. However, when I moved back to America from the UK in 2014, I was amazed at how often the news showed events of people being shot by police. Invariably, the news summary followed with "He didn't do it." I wondered to myself, "What if he did do it?" The concept is not new, but as a writer, I wanted to explore what might happen if a man of the community is not all he appears to be.

I search the web for pictures of my main characters and post them over my computer for the duration of writing the novel, Isaiah and Yvette still hang on my wall and will until I start my next novel—which will be very soon. "The Snow Pimp" will be set in Minnesota and released in 2021.

I didn't really. It came down to a case of where No Halo Required fits on the shelf. My passion is romance and romantic comedies, with suspense being a close runner-up and intertwined into any of my novels. I did envision a degree of romance in this book but it didn't develop that way. After my editor and I worked on this for a few months, she asked me, "Whose story is it?" That kind of caught me off guard and I didn't know. We talked it through and she finally summarized it well: "I think Isaiah thinks it's his story then Yvette steals the book right out from under his nose in the closing chapters." Bingo! All my novels are for a female target audience, so here we are; A white guy writing about a black couple for a female audience. 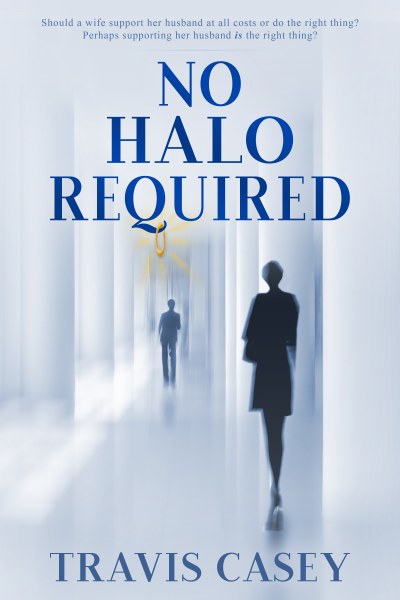 Isaiah Hightower has everything a forty-nine-year-old man could want: respect as a high school principal; admiration as a leader in the black community; and a wife who would do anything for him.
Despite his shining public image, Isaiah has a dangerous dark side. When his indiscretions threaten to unravel his life’s accomplishments, he has no choice but to silence the source by any means necessary.
When his wife witnesses her husband's greatest sin, her life is about to change forever. But it doesn't have to. One lie will keep her life the same and save her husband's reputation.
**Pre-Order for only .99 cents!! **
Goodreads * Amazon 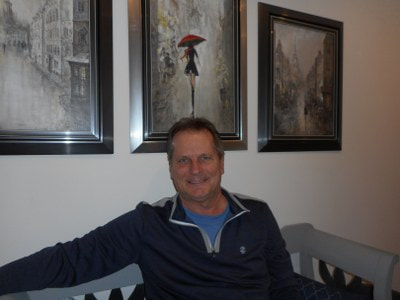 Travis was brought up in Midwest America before embarking on a nine-year Navy career that allowed him to travel the world and learn about life. He has ping-ponged across oceans moving from mainland United States to Hawaii, to Scotland, to Seattle, to England, to Minnesota, back to England, and back to Minnesota where he currently resides ... for now
He writes easy-reading, light-hearted fiction and "You couldn't make it up" true stories about his own experiences. Relax by the beach or curl up on the couch on a rainy day while Travis takes you on fun-filled adventures that let you forget about life for a while and have a laugh.