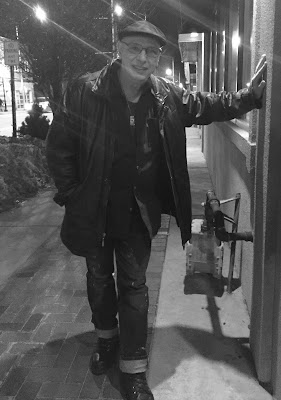 Joe Bonadonna is the author of the heroic fantasies Mad Shadows-Book One: The Weird Tales of Dorgo the Dowser (winner of the 2017 Golden Book Readers’ Choice Award for Fantasy); Mad Shadows-Book Two: Dorgo the Dowser and the Order of the Serpent; the space opera Three Against The Stars; the sword and planet space adventure, The MechMen of Canis-9; and the sword & sorcery adventure, Waters of Darkness, in collaboration with David C. Smith. With co-writer Erika M Szabo, he wrote Three Ghosts in a Black Pumpkin (winner of the 2017 Golden Books Judge’s Choice Award for
Children’s Fantasy), and The Power of the Sapphire Wand. He also has stories appearing in: Azieran—Artifacts and Relics; GRIOTS 2: Sisters of the Spear; Heroika: Dragon Eaters, Poets in Hell, Doctors in Hell, Pirates in Hell, Lovers in Hell, Sinbad: The New Voyages-Volume 4, Here Be Ghosts, and Sha’ Daa Toys, in collaboration with author Shebat Legion. In addition to his fiction, he has written a number of articles and book reviews for Black Gate online magazine.

Mad Shadows-Book One: The Weird Tales of Dorgo the Dowser   will transport you to a world where sentient shadows, vengeful vampires, malevolent puppets, and raging werewolves haunt the night . . . a world where life is cheap and souls are always up for sale.

Mad Shadow-Book Two: Dorgo theDowser and the Order of the Serpent. More Magic, mystery, monsters, mayhem, and bloody murder all lurk in the shadows as Dorgo the Dowser fights to save a young girl trapped inside a soul-stealing spell.

Three Against the Stars is a rollicking Space Opera in which three rambunctious members of Third Regiment Company E of the United States Space Marines stationed on the planet Rhajnara, get involved in exposing the nefarious dealings of a nasty group called the Khandra.

The MechMen of Canis-9: A Three Against The Stars Adventure. Stranded on an alien planet, the Marines get caught up in a war between the Tulavi, a maritime civilization, and the Malvarians, another indigenous race who hunt and harvest the eggs of the giant kaizsu — the Sea Dragons sacred to the Tulavi.

Waters of Darkness. Action and romance mix with swords, sorcery and the supernatural as Bloody Red Buchanan and his crew wade hip-deep in blood and brine toward a final confrontation with an Undying Wizard.

Three Ghosts in a Black Pumpkin. Fantasy adventure for middle-grade children. Nikki and her cousin Jack find a mysterious black pumpkin in the forest on Halloween and journey to the world of Creepy Hollow to help rescue the ghosts of the three Wishmothers.

The Power of the Sapphire Wand. In Creepy Hollow, the witch Evila is planning to destroy all light, love and life. Nikki and Jack travel back to Creepy Hollow to help their friends battle Evila and her minions, and save the kingdom.

The shared world premise of Heroes in Hell is that all the dead wind up together in Hell, where they pick up where they left off when still alive.

The art of dragon killing: Dragons have been eating humans for centuries. Now heroes throughout history stalk their legendary foe. Learn how to hunt, kill, and eat the wild dragon.

Who are they? What are they? The souls of the long-departed? wicked manifestations of sin? Or creatures from another world?

Johnny the Salesman and his latest ally, Willy Carroll, just might have the answer to saving planet Earth from destruction if they can sell enough supernatural toys to turn the tide against evil.

An anthology of fantasy stories which revolve around powerful, and in some cases, world-changing magic items.

GRIOTS: SISTERS OF THE SPEAR

Griots: Sisters of the Spear in a fantasy anthology that pays homage to the spirit, bravery and compassion of women of color.

Thrills and danger await on colorful exotic shores as Sinbad and his crew search for the Golden Fleece, battle a Scorpion God, and battle an evil djinn in a game of chess for the life of a beautiful princess.