I became an author because of dreaming about a dress. Some may not know but I am not that great of a drawer, so I decided to write out what the dress looked like, then it needed a girl wearing it, a scene for the dress and people surrounding her. The rest as they say is history and La Roe’s was born. I had a neighbor at the time who loved reading and when I showed her what I had done, she wanted to read more. I originally wrote on notebook paper, if you can believe it. Then later was given a typewriter and finally a computer. It was an interesting start into something that later changed my life.

I am a geeky bratt! LOL. I love looking at and working on code. I have also been told that I get very bratty when doing it. I started with a love for engines and puzzles or games like Chess. That later turned into coding and recently a game called Othello, which I became fascinated with after watching several Chinese Dramas.

When I began this career, I knew nothing about marketing and websites. Thankfully, I have some really great friends that encouraged me and showed me some of the basics after publishing the book. I found where I belonged thanks to beginning an author journey.

If you knew you'd die tomorrow, how would you spend your last day?

My Stepmother, Mom, has to be one of my biggest heroines. She battled cancer for over 20 years but was always a positive and loving soul. Though she gone now, I will never forget the woman who loved me even though she did not have too.

First and foremost, my family are the top priority for me. That being said, a few months back I found Chinese Dramas and have become hooked. Lately my Manager / Editor, Cindy, and I have been working on getting a series released, however, I have this new story banging in my head so it looks like that is what we will be working on instead.

Spending time with my family and this may sound silly but I play Othello, Chess, and watch Chinese Dramas.

What’s time? Seriously though, my children are all grown now. I spend a lot of time with my Grandchildren though and find that balancing family and work, can sometimes be stressful but I have an amazingly supportive family.

As Kayelle says I am 100% Geek and I love to bratt coding.

I can honestly say, I am not sure. I have always written stuff, whether it was my feelings, a poem, lyrics or later a book and blog posts. I have worn many different hats through my life, and each one is separate but also a part of another. In this way, I guess you can say that I have always been a writer just had different topics.

My absolute favorite movie … wow that’s a hard choice, I have several favorites that I have watched definitely more than once. Now that I watch Chinese Dramas I have even more favorite actors and actresses. If I had to pin it down to one… it would have to be Practical Magic with Sandra Bullock or my favorite series is Three Lives Three Worlds The Pillow Book staring Dilraba Dilmurat and Weiguang Gao.

When I originally released La Roe’s someone compared it to Underworld in the beginning setting. That being said, I would probably answer with that one first. However, when I write stories I see them being played out like a movie in my head, so I would hope that any of them could be converted.

A panther for sure. I think that they are amazing creatures and have always caught my attention. Perhaps, that is why my heroines are always solitary creatures that can and do adapt into something more with the right mate? 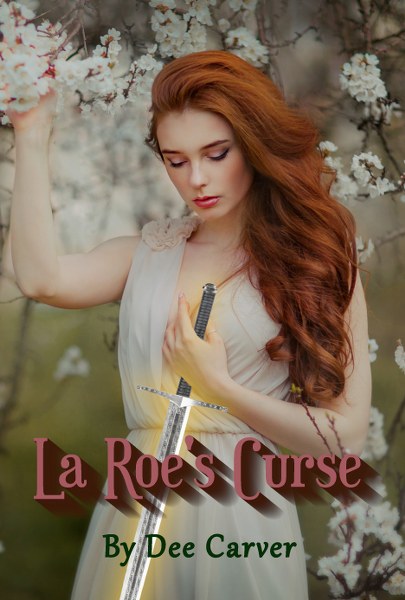 When Emerald La Roe ran away 300 years ago, she had not planned to return. However, after repeated dreams from Goddess Morrigan, Emerald finally realizes she has no choice. Emerald not only finds a magical sword waiting for her, but her dead husband also.
It seems Stefan O’ Duff wants’ reconciliation and help to cure the curse they share. Emerald would rather see him dead than be with him again, she has someone else to consider though. Her new love, Maxwell Howard a werewolf, who through sharing blood with Emerald, now faces the same fate as Emerald and Stefan. For the cure to work, Emerald has to put her hatred of Stefan aside and consent to share his bed again.
Can Emerald put 300 years of anger aside to save them or will she sacrifice all their futures and kill him as she swore to do?
***Get it FREE Dec 24th-26th!!***
**Only .99 cents on Amazon!**
Add to Goodreads
Amazon * Apple * B&N * Kobo * Books2Read 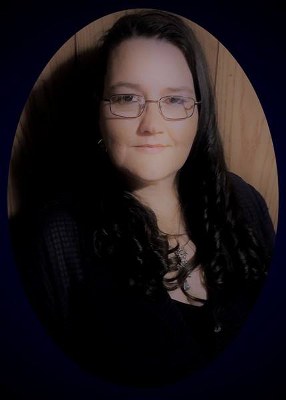 My name is Dee, I am a mother of 5 amazing children and 4 grandchildren. My First Novel, La Roe's was nominated for the Golden Rose Awards in 2006. It has been re-released and is available on Amazon thanks to the amazing editing help from Cindy, Personalized Marketing Inc manager. My Second novel Fay's Wish was just re-released in eBook format.
My 3rd Novel Chocolate Seduction of the Cursed Seduction Series is currently being revised for future publication.
I have also Ghost Written 2 additional books, and written hundreds of articles.
I enjoy spending time with my children, being a grandmother, sitting down to a good book, and learning more about the career that has changed my life. I have been working online since 2005, beginning my journey as an Author, then a Reviewer, Freelance Publicist, and then found a love for websites, coding, most recently WordPress.
I am also the Owner and CEO of Personalized Marketing Inc.
If you are looking for Personalized Marketing Inc click here https://personalizedmarketing.info
Education: University of Phoenix
2017 – B.S.A.I.T. with Advanced Software Development Certification
2020 – M.B.A. with a Concentration in Marketing Certificate
Website * Blog * FB Author * FB Promos * Twitter * Instagram * Amazon * Goodreads * YouTube
#PMInc will provide a 15% discount for anyone that is referred by or mentions
Silver Dagger Book Tours!!
https://personalizedmarketing.info