The Fall of Polite by Sam Kench Genre: Post-Apocalyptic Thriller

I first got into storytelling through the medium of film. I have an undying love for cinema that informs everything I do. I’ve written a dozen or so feature-film screenplays and I’ve had the pleasure of directing a handful of short films. I would like to think that my prose has a cinematic flair from my experiences in screenwriting that readers will enjoy. These days, I actively write in both mediums. When I come up with a new story idea, one of the first questions I need to answer is whether this story is a novel or a film.

Bad plot twists, formulaic story arcs, author-insert characters, lazy sentence structure, pulled punches, easy plot choices, overt exposition, the “male gaze” in describing characters, baddies letting protagonists live for no reason, a murdered wife being pregnant because it isn’t sad enough if she’s not pregnant? (bonus points if the pregnancy is revealed after the fact as a twist), an item in a breast pocket stopping a bullet, “crazy” characters being able to somehow see through one-way mirrors, and wrapping up a story with a suicide.

I actually have a pretty difficult time relaxing. I try really hard to be as productive as possible, which can often lead to attempts at relaxing making me feel awful like I’m wasting time that could be spent writing, researching, or planning. I really enjoy video games, for example, but find I usually can’t play them for longer than an hour or two without feeling like I should be writing instead. One way I sort of cheat a relaxing activity is by turning it into something more productive. That’s partially why I often write reviews or essays about the things I watch or read. I can justify spending the time to rewatch The Wire for the fifth time if I can consider it research for a new essay I’m writing.

I would say it was a gradual process for me. I considered myself a filmmaker before considering myself a writer. In fact, I began making awful home movies without having ever written anything, and it was specifically in order to have stories to film that I began learning how to write. Eventually, that priority switched, and I now consider myself a writer first and foremost.

As I’m sure any cinephile would probably tell you, that’s a damn-near impossible question to answer. I have so many favorite movies and favorite filmmakers and even my top 20 favorite movies are liable to change depending on which day of the week you ask me. A few of my favorite filmmakers include David Lynch, The Coen Brothers, Mike Leigh, S. Craig Zahler, Quentin Tarantino, Richard Linklater, Martin McDonagh, Steve McQueen, Gareth Evans, John Carpenter, David Fincher, Denis Villeneuve, Joon-ho Bong, Chan-wook Park, John Woo, Noah Baumbach, and so many others. 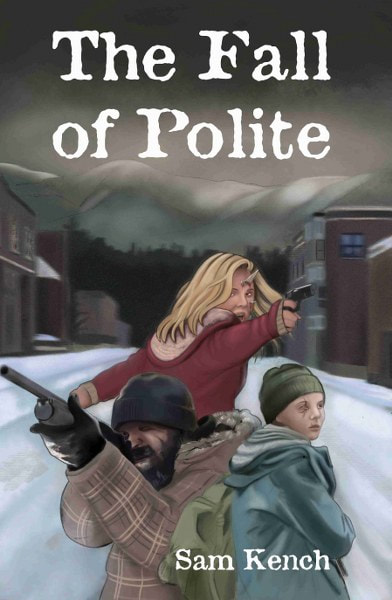 The Fall of Polite
by Sam Kench
Genre: Post-Apocalyptic Thriller

In a freshly lawless New England in the dead of winter…
A bloodied and barefoot 17-year-old, grieving the loss of her father, trudges around a smoldering pileup on the road out of town. She’s endeavoring the 120-mile trek to her only living family member through blizzard conditions…
A once kind-hearted lumberjack splits a teenager’s nose in half with the rim of a metal gas can. Since the day his family was slaughtered before his eyes, he’s been consumed with an undying fury that can only be quelled through acts of violence…
A two-time college-dropout, trying to do good, howls in agony as her face is slashed with a razor-blade. The crackhead who did the deed is taking back her five-year-old child who the drop-out was trying to protect after finding him abandoned in a dumpster…
Anyone wishing to live must harden and adapt to the new rules of a world post-fall of polite. This dangerous new world will make you into a survivor… or a corpse.
Goodreads * Amazon 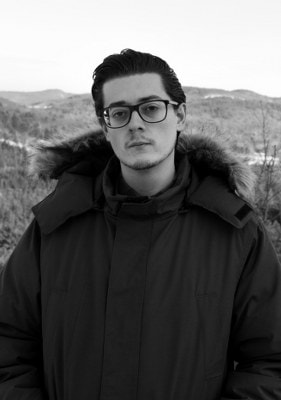 Sam Kench is a 23-year-old writer and independent filmmaker. His screenplays and short films have been awarded by festivals and competitions around the world. Click here to check out work on BrickwallPictures.com
In 2014 he was named one of the top defenders of free speech by the National Coalition Against Censorship.
He grew up in New England and spent years exploring many of the locations that found their way into the novel. He now resides in Los Angeles. ‘The Fall of Polite’ is his debut novel.