Q: Can you, for those who don't know you already, tell something about yourself and how you became an author?

A: I realized that I liked to write back in high school. Anytime I had the option of doing an essay or script or anything like that for a project I would do it. It was an easy A and I enjoyed it. I decided a few years ago that I was going to try and write an actual novel. The first full length thing I wrote was about 40k words. I wasn’t happy enough with it to actually publish it so I decided to start reading more to figure out which style of writing worked best for me. Once I finished the first draft of the book I actually published I let several people read it just to get some feedback before making it public. Once I felt it was ready I got to work on publishing and now I can’t stop writing. Doing this feels peaceful, in the same way that others read or play video games to escape, half of my time awake is spent writing.

Q: Where were you born/grew up at?

A: I grew up in a small town in Louisiana. As I got older I moved to towns that were slightly bigger until eventually moving to the biggest town in the area.

Q: If you knew you'd die tomorrow, how would you spend your last day?

A: I would spend it with my family.

Q: What are you passionate about these days?

A: Writing and coming up new ideas to write about. If I’m not working on my current project or I don’t have access to my laptop then I take notes on the next 2-3 stories I plan on writing. It makes the actual writing process so much easier.

Q: What do you do to unwind and relax?

A: I like to read, play video games, recently got really into arcades. Almost anything.

Q: When did you first consider yourself a writer?

A: Once people who weren’t family members started reading my book.

Q: Do you have a favorite movie?

A: A few. The Dark Knight, Zootopia, Catch Me if You Can, Wreck it Ralph, etc.

Q: As a writer, what would you choose as your mascot/avatar/spirit animal?

Q: What inspired you to write this book?

A: It was actually meant to be a video game. I went to college for game programming and it was one of my ideas. The concept wasn’t exactly the same but a few core elements were there. Since our assignments were only class projects and I felt really attached to this specific idea, I kept it to myself and decided to turn it into a series. I don’t regret that decision at all.

Q: What can we expect from you in the future?

A: I plan on releasing at least 1-2 books every year. I want to use the world I created with this first series to tell dozens of different stories.

Q: Do you have any “side stories” about the characters?

A: Not yet but I have several planned. There are some characters I feel I couldn’t explain as well as I wanted in the first book.

Q: Can you tell us a little bit about the characters in Emi?

A: I have three main characters who each go through some sort of change during the events of the first book. I plan on having them grow and develop over the course of the series. The title character Emi, is a little girl lost in a strange magical world with no one by her side except for a giant teddy bear. The royal guard, Arlo, is a loyal soldier doing anything he can to serve his kingdom and make his superiors proud. The scientist, Redrick, is a bit stuck up to the idea of magic being the most viable resource in peoples lives. By the end of the first book their attitudes and thoughts change. Some slightly, but some have major revelations.

Q: How did you come up with the concept and characters for the book?

A: A lot has changed since I first came up with this. Many of the ideas and characters came from another story I wrote before but decided not to try and publish. The concept of the character Emi came from a video game I tried making in college. The idea was to have two characters, a little girl that would solve puzzles, and a giant teddy bear that would fight enemies. I basically took that idea and added it to the story I had written and to me, it just worked.

Q: Tell us about your main characters- what makes them tick?

A: Emi is a ten-year-old girl who falls down a chest into a magical land while looking for her father. When she first arrives she is a scared, lonely child. As the story goes on she breaks out of her habits and can eventually fend for herself. But for a good portion of the first book, she is just a kid. A scared kid looking for her dad in a strange place. 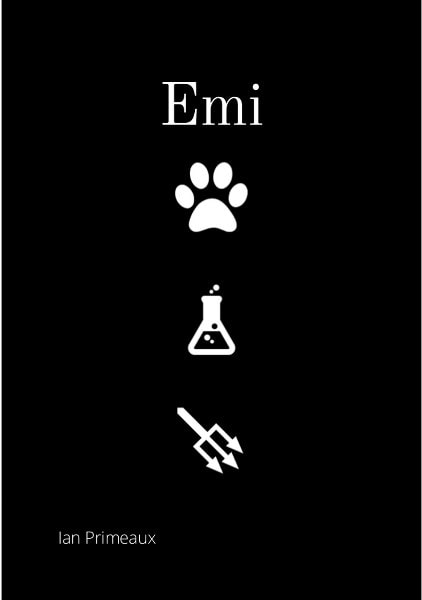 One night while waiting for her father to get home, ten year old Emi wanders around her home when she accidentally drops her teddy bear into a mysterious chest. Anxiously going in after it, Emi falls into the chest and is teleported to a strange new world. Not long after waking up in this new world she is saved by her teddy bear who has come to life and grown several times her size. During her journey to find a way back home Emi meets several new friends including a royal guard, a scientist, and many others. Her focus changes from looking for a way home once she begins uncovering clues that her father may actually be in the strange land also! With the help of her new friends Emi embarks on a journey that will change her life forever.
Add to Goodreads
Amazon * Apple 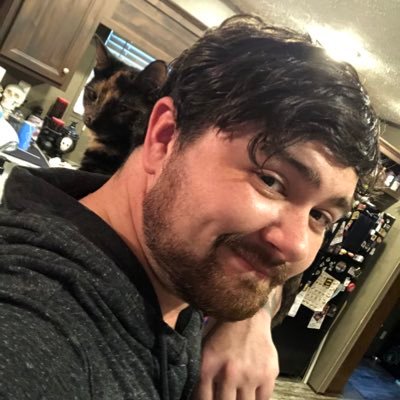 Ian Primeaux is a new independent author from a small town in Louisiana. His first book “Emi” is the beginning of a new fantasy series reminiscent of adventures like “Alice in Wonderland” or “Wizard of Oz” with a few components inspired by classic role-playing games. Apart from working a full-time management job, Ian spends most of his free time writing and crafting extensions of the world created in “Emi” to ensure that there will always be a new story ready to be told.
Facebook * Twitter * Instagram * Amazon * Goodreads