When I was younger I never wished to be someone else, but always wanted to be a  better version of how I saw myself, whether it was my appearance or how much I knew. Now that I'm older, I sometimes think it would be a great thing to go back in time to my younger self to tell her she's fine just the way she is.

I consider myself to be a slow, calculating type of writer. So, when I begin a story it seems the most difficult time for me because it takes me a while to get into the flow of the story. As I continue, the characters evolve into their own personalities and the writing then becomes easier.

VICTORIAN TOWN is a young adult paranormal romance novel. It's about a troubled seventeen-year-old girl who breaks into a tourist attraction. She comes in contact there with a spirit from the 19th century who drags her back in time, although she is able to return to the present at will. She eventually comes to realize she's been summoned to the past to solve a mystery, and that her actions could end up changing the lives of everyone she loves.

The short answer is since grade school. The longer answer is I've seriously been writing for eight years. I spent decades trying to convince myself that just because I thought in my heart that I was a writer, it didn't necessarily mean I was one. Through many years I listened to people say that they wanted to write a book, but none of them ever did. So, I kept dismissing my own yearnings. But they were like itches I could never scratch away.

To not give up. To know going in that it takes time to hone your writing skills. Learn from other writers who have the experience you still need, whether by joining a writing group or attending lectures or researching the Internet. If you can, get some feedback from others who aren't in your family. There are editors who may be starting out who can give you feedback and critique your work. Be patient, keep writing and know you will feel less than others, especially at the beginning of your writing journey. Don't compare yourself to anyone but who you were last week, or the week before, as you learn. All writers have to go through these times.

The main character, Abby, has a best friend - her only best friend since grade school. A big part of my book is her relationship with this friend, Jessica. Neither of them want to live without the other.

When I was in grade school, I felt comforted by small porcelain animal figures of mine that I'd take to school with me, hidden in a pocket. Throughout the day, I'd comfort the figurine which was actually comforting myself. I'd tell the cat or rabbit or dot that it was only a few minutes until recess or lunchtime. I made sure they knew they were cared for.

I can honestly say that I don't though I've heard that it's a good idea. I don't read my stories out loud because it wouldn't sound like my character - and it doesn't seem right for me to give a character my voice when they already have their own.

When I was a teenager I was inspired by many things and many friends. A vital part of me seemed to remain in the past. So, my main character’s personality bubbled to the surface easily, as most of my young characters do. They inspire me because I've never truly discarded them in my mind.

I talk to my dog in weird ways. Sometimes my voice is high-pitched; sometimes I growl at him and call him silly nicknames like he's a baby. Like I said, it's weird.

My favourite quote is: "I am the master of my fate, I am the captain of my soul", from the poem “Invictus” by William Ernest Henley. William was only in his twenties in 1875 when he wrote the poem. He was in the hospital with severe health problems, yet he showed tremendous courage in his poems.

I have to say Ernest Hemingway, only because the first adult book I ever read was "The Old Man and the Sea" that he wrote. I was quite young and the book affected me in an emotional way. I also have to say that in the past few years I've fallen in love with Anton Chekhov, the famous 19th century author. My husband doesn't seem too concerned.

There are technical aspects and there are emotional elements. But I'd have to say the most important element for me is the reactions of my characters. I try to make sure they act an honest manner, true to their unique personalities and emotions.

The characters and their situations come to me quickly. The story always involves some aspect of what I've experienced in my life. The plot comes next after I mull around different scenarios in my head and get inside my characters’ heads.

I have a writing room on the second floor of my home. It's a small room, but perfect to write in. The uncanny thing is that my family and I moved into the house twenty years ago, when I was still stuffing down my feelings of being a writer. But this particular room was already decorated with wallpaper consisting of rows upon rows of realistic looking books on one wall. It was like the universe was trying to get me to finally “get in there and get writing!”

I have been working on a young adult novel set in 1971. It's about a Canadian teenage girl who meets up with a U.S. draft dodger.  It comes out this May, 2021 and is called The Somewhere I See You Again.

Sometimes ideas come to me when I'm in bed trying to get to sleep. Others I've held in my brain for a long time, especially things that bothered me when I was growing up.

Abby is an old soul, so to speak. She's beyond her years in how she thinks. And she wants to be a hero.

My favorite scene in Victorian Town is at the end, when Abby narrates from the graveyard.  She's still struggling to make sense of everything, when not everything can be made sense of.

I'm not the kind of author who can make up entire worlds and inhabitants like a fantasy writer. In everything I write, my experiences in my own life are interwoven somewhere in the story. 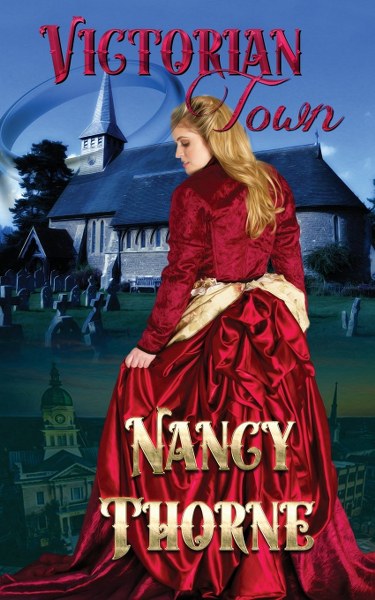 Abby Parker planned out her whole life: complete her final year of high school, go to college, get a job, move away from her insane family, stay best friends with Jessica.
But, that was before she broke into the nearby tourist attraction and unwittingly answered a call from a centuries-old spirit who dragged her into the 19th century.
Now she must solve a Victorian mystery without getting herself killed, or worse, spend a lifetime trapped in the past, leaving behind everyone she loves and altering their lives forever.
When she meets gorgeous Benjamin, the future looks a lot like wreckage.
Goodreads * Amazon 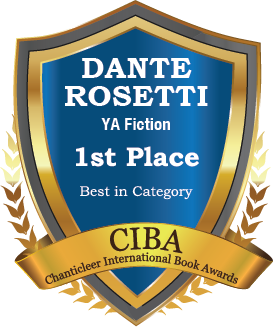 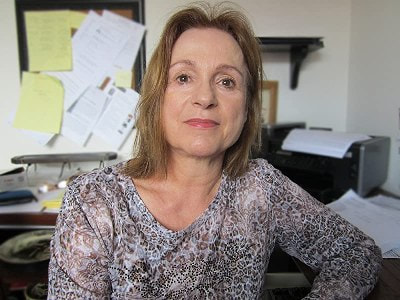 Nancy Thorne is an award-winning author inspired by the romance and courage of youth. Her debut novel VICTORIAN TOWN won First Place for the 2019 Dante Rossetti Award.
Nancy's short stories have recently appeared in literary journals and magazines, including The First Line Literary Journal, The Blake-Jones Review, Edify Fiction, and Chicken Soup for the Soul.
Born and raised in Toronto, Nancy fostered a passion for creating stories in grade school but hid it much too well. Eight years ago she decided to pursue her lifelong dream of telling them.
Nancy is a member of Romance Writers of America and Toronto Romance Writers. She lives with her family just outside of Toronto along with an energetic labrador and entertaining corgi.
Website * Facebook * Twitter * Instagram * Bookbub * Amazon * Goodreads