The Secret Of LeCeau House by James Griffin INTERVIEW 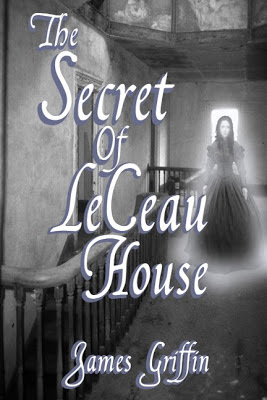 1. Can you tell us a little about Your Book without giving away too many spoilers and what inspired you to write it?

The name of my book is The Secret Of LeCeau House, and it was inspired by an old plantation home called LeBeau that sits in ruins in a place called Arabi, Louisiana.
I'm a big fan of the band Evanescence. One cold day in February of 2007 I visited the house, and when I got back, I downloaded some of the new Evanescence songs.
While I was listening, I was thinking of the house, and I began imagining a ghost coming out of the front door of it. Somehow, Amy Lee, the singer for Evanescence, became that ghost in my imagination. Over the years, as I listened to Evanescence, I thought of the old ruins and the ghost and came up with more scenarios with them. Before I knew it, I had a whole story. So, I decided to write a book.

2. Is there a historical angle you can share with us?

There is. I find the War Of 1812 really interesting. The last battle of that war was fought not far from me, and I often visit the battlefield. It's known as the Chalmette Battlefield, and it's where Andrew Jackson commanded the troops, and some say the pirate Jean Lafitte, against the British. It later became private property, and the son of the Civil War general PGT Beauregard lived in a house that's still there. I mention these things in the story, and that's where part of it takes place.


3. When did you know you wanted to be a writer?

I've always wanted to be a writer. The thing I can remember first wanting to be was a comic book artist. But, the first story I ever wrote was about a ghost of fire in a blazing truck terrorizing people on a lonely Arizona highway. I was about 12. After writing it, I knew I wanted to write more.

4. What do you love most about writing?

Writing is a way to live out a fantasy that you wouldn't ordinarily be able to do in reality. When I write, it's like being the main character. I think you can call it escapism as well.

5. Have you had any personal experiences with ghosts?

No. I've never seen a ghost. I don't necessarily believe in them. But, I love ghost stories, and I read books on them all the time. One of my favorite authors on the subject is Elliot O'Donnell. He was a ghost hunter at the turn of the last century, and he investigated mostly British ghosts. Those are my favorite kind. British ghost stories seem to have a different feel to them. Maybe it's because the houses are older. And then, there's the castles. I'm a big fan of those.

6. Tell us a bit about other creative outlets-music, drawing, photo restoration.

I started playing guitar when I was 11. I love music, and to create it has always been something that I just love doing. I've been working with a singer from Austria that has a great voice. I don't really like singing on my songs, but I finally decided to ask someone else to do it, and she did a really great job on my last two songs.
I am a big fan of comic books, too. And, when I was a kid I wanted to draw them. That's how I became an artist. I love drawing that sort of thing, and it's just fun to create in that way for me.
I also love photo editing, especially photo restoration. It's just great seeing old photos that seem to be beyond repair come back to life. I've worked on some really hard pictures and have had great results. Not always, but most of the time. Some pictures are just too far gone.

Thank for the interview, Catalina. :)
Thank you James you are such a diverse and creative individual we wish you the greatest success in all your endeavors.   For all our wonderful visitors you can buy James Griffin's book for only $2.99 here is the link.
AMAZON E-BOOK link of The Secret of leCeau House 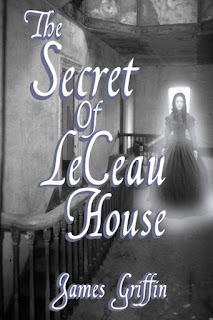 Here's the link to my art: http://jamesphotoworksandart.weebly.com 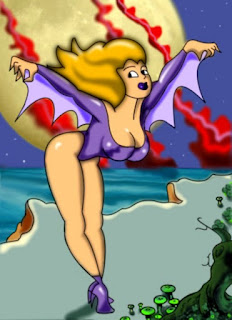 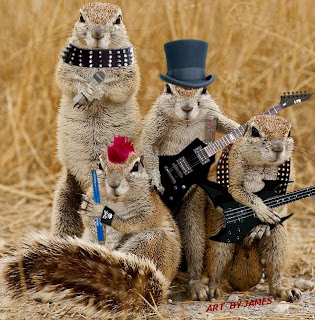 A link to my Youtube channel: http://www.youtube.com/griffinmatter
Posted by M.C.V. EGAN at 3:30 AM