to Around the Universe Social Media Tours for a dynamic tour.


Erin Sellers, an eighteen-year-old high school senior, hates teen drinking. She and her three friends – Bill, her guy, Shari and Jake - decide to use Twitter to stop a group, the Kewl Krew, from using their high school as the local bar. But the members of this group are just as determined to stop anyone from messing up their fun. Despite veiled threats to her safety, Erin continues her crusade.


To make matters worse for her, the stress of school and extra curricular work mounts and suddenly, shockingly, booze-fuelled tragedy strikes. Erin is now under greater pressure as she spends all hours to produce a mural and other work to commemorate the death of a teen friend. Bill, Jake and Shari support her in all this...


But more tragedy lurks nearby… until it’s time to softly say goodbye. 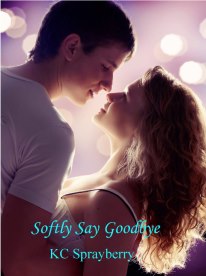 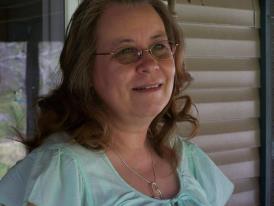 I am happily married to a man I met while in the Air Force. We recently celebrated our 18 years of marriage. Our teen, the youngest of 8, keeps us on our toes with his band activities. Writing is something I've done since I was very young. At first, it was in a diary and then I poured all my energies into English compositions, earning praise from my Advanced Composition teacher in high school for an extremely visual project. While in the Air Force, I placed second in the Freedoms Foundation at Valley Forge's annual contest and from then on, was hooked. However, the reality of a military career and raising children forced me to put off attempting publication until my husband and I moved to Georgia. It was after the birth of our now teen that I began taking courses through The Institute of Children's Literature, Long Ridge Writer's Group, and Writers Digest in an effort to make my life's dream come true.


We live in Northwest Georgia, in a small town, where I write Romance, Westerns, Young Adult, and Middle Grade stories, both short and book length. More than a dozen of my short stories have appeared in magazines such as Listen Magazine, Brio, and The Pink Chameleon website. I also have short stories in anthologies, Passionate Hearts Anthology, Mystery Times Ten, The Best of Frontier Tales, Vol. I, and Mystery Times Nine. My western stories have garnered interest by avid readers and appear on The Western Online and Frontier Tales.

My work appears under the pen names of KC Sprayberry and Kathi Sprayberry. Softly Say Goodbye, a young adult novel, was my NaNoWriMo winning project for 2010. This story was inspired by a quote from a song and hearing of an auto wreck involving teens and drinking.