From Canada S. L. Ross and the Immortal Island Series

Spellbound – Sarah is your typical American girl, happy, loving parents and off to college. She even falls in love for the first time with a perfect take home to mom kind of guy Jeff. But like everything all things must come to an end. Trust is now an issue with Sarah. Jeff had destroyed her feelings on love and all that comes with it. It’s now Sarah’s senior year of college when strange things begin to happen to her. She meets a mystery man she feels she knows and the only problem with it is that she had a vision about it before it happened. Then her parents go missing. Sarah is a strong person but with everything falling apart around her she doesn’t know how much more she can handle. Especially not the news that her new boyfriend is a vampire and her ex is a werewolf…

The Vampire Masquerade – Sarah is devastated to learn that Chase will not be coming back any time soon. The council is unhappy with Chase and what he has done. Humans are never to be made aware of their existence. She begged for his life but that made no sway in their decision to punish Chase. Now Sarah has a worse feat. She has been invited to a Masquerade by one of the most powerful Vampire ever created. He wants her dead and she can’t figure out why. Victoria and Draven prepare her for the event that she cannot run from. Erick the mystery man who seems to be saving her life recently also tries to help her against a sinister vampire named Ambrose. There is shocking news about Chase’s return and Sarah is devastated that she may not survive this masquerade. The pressure is on and now it’s not just her life she has to worry about anymore…

The Fallen – Things have gotten way out of control. Alaina is missing. The coven have taken her from the wolves. Sarah is still with Ambrose despite her best efforts to kill him. It’s time to take back what is hers, and the only way to do this, is to find her daughter Alaina and bring her home. Along the way she meets someone, Lennox. Lennox knows things about her that she couldn’t imagine possible. He is a little over zealous at wanting to help her. She is skeptic with his eagerness to remain in her life but what else can she do. She must face the largest coven in Romania with someone else at her side. Sarah has now built an army stronger than she thought possible. Now with the battle so close there is only one person she trusts, problem is . . . she can't find him…

The Reckoning – Chase is determined to find Sarah and bring her out of hiding once and for all. The council has been defeated. They can finally be together as they were destined to be. Unfortunately there is a big problem with his plan the bond has been severed. With Erick’s rebirth as Samuel, Chase uses him to track down Sarah. Years later they are reunited only for her to be ripped from his arms. Sarah’s souls is cleaned by the Hierarchy. Chase will never find her again. When his hopes of finding her soul again fail he beings to give up and settle in a rundown community where a large coven of vampires have gather. A hunter is on the loose and she means business. She is powerful taking out an entire coven in one day. She almost kills Chase when something happens between them and their fates change. Sarina was trained her entire life to destroy the evil in this world but when she meets Chase it is hard for her to do this. Then when she sees a photo of the woman he calls Sarah she suddenly realized what she must do. She must protect her daughter at all costs end this war once and for all. Her daughter will not have this life, the choices Sarina will make from that day forward are hers and hers alone.
The fallen (Immortal Island, #3) 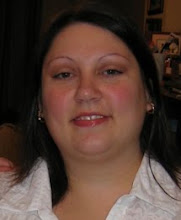 Born and raised in Canada. S.L. Ross devoted her time to writing and arts at a young age. She has a strong desire to create an alternate universe while writing. Her dream was to become an Author of fiction novels in several genres.