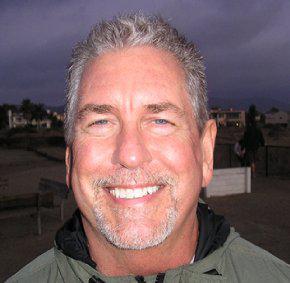 I’ve had a lifetime love of science fiction and horror. I suspect it started in puberty since most obsessions do. My passion for it was so strong as a penniless youth, I resorted to boosting copies of my favorite authors’ works off the shelves of the book section of the local Federal’s department store. My friends and I soon had a collection of great sci-fi at discounted prices to read and read again. But I’m not wholly without conscience about those shifty activities as a scrawny youth. I’ll shake my head from side to side and mumble “Crap, that was stupid” once ever decade or so. But that’s about it.
I consider myself a sci-fi film Nazi. I’m sure I’ve seen every sci-fi movie ever made – certainly the vast majority of them. I can’t pass up even the worst of it. All those god-awful, black and white B flicks of the 40’s onward, with their outrageous and ham-handed themes of science vs. ignorance and good vs. evil, wrapped in whatever pseudo-scientific covering was popular that year, transfixed me, entertained me, and like the works pinched then stashed in my friend’s basement, made me think. When pivotal films like “Alien” and John Carpenter’s “The Thing” elevated sci-fi film up out of the gutter with all those glorious and expensive production values, I was im himmel.
I attended Wayne State University in Detroit, Michigan. Like so many of my peers at the time, I left Wayne State with an utterly useless BA with a major in psychology. I’ve cleaned tractor cranes for money and worked as a steel mill laborer when the last one of those plants in Michigan still existed. I’ve worked as a night janitor. I moved to southern California when I was 30 years old and sold cars for a while. Shortly thereafter I worked for what used to be called the Hughes Aircraft Company as an in-house photographer. For the last 10 years of my work-a-day life I worked as a senior project manager for Computer Sciences Corporation. I now live in Oregon where I started and recently sold a fitness gym. I relate this choppy history to drive home my favorite maxim relating to life and the living of it: you never know where in the fuck you’ll end up. You’ll find my books laced through with that persistent theme. I hope you find the journey of reading them, should you attempt it, if not straight and linear, at least interesting. 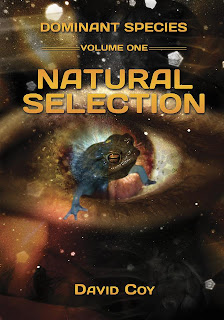 Book Description:
Imagine an alien science where tissue, bone, nerves, and muscle are used like we use iron, wood, rubber and wire. Now imagine yourself held captive with hundreds of others by beings who wield this grisly technology as easily as we do hammer and saw; beings whose lineage can be traced through the morally hollow, parasitic branches of nature's evolutionary tree. What would you do to survive? Would you re-draw the boundaries of your own morality to stay alive? What would you compromise? How might you escape? This is the context of NaturalSelection, the first of three volumes of the Dominant Species series of books. What distinguishes Dominant Species from other stories in its genre is its visceral imagery and more importantly, its rich subtext. The story can appeal to those fascinated and drawn to horror and strong drama, and at the same time will fascinate those who can tune into its broader message about our relationship to the natural world. Taken as a whole, the series is a puzzle linked together with genetic threads that unravel like a double helix. Viewers intrigued by mystery and dramatic puzzles will find a fascinating playground for guesswork, thought and discussion.

The first volume sets the stage for the ongoing conflict between Homo sapiens and a visiting alien race. Like all successful serial drama, the story poses many questions to be answered, each one carefully laced into a central theme about human survival, the action driven by antagonists both alien and human.
The story is character driven, each character fully developed and rich, providing the colorful characterization required by serial drama. Central to the first volume is teacher Phil Lynch.

The story starts as a peaceful visit to his weekend getaway in the Sierra foothills. Hours later he finds himself living an unthinkable nightmare. Paralyzed and taken prisoner, his body is used as an unwilling host in a bizarre and grisly series of parasitic infections. On board the alien vessel within which he is imprisoned are more than a hundred other humans – and like Phil – just as confused and terrified – their bodies subject to unfathomable violence for a dark and malevolent purpose. As the terrible truth about the alien visitation unfolds, a small group of captives must first understand – and then fight for escape from the terror that holds them captive. That struggle will stretch razor-thin the limits of the human will to survive.

There is strong language in the story because humans under stress often use such language. There are no puppy love or adolescent motifs of intimacy in the story. Instead there are very many mature, psychosexual themes that run through all three books. Some are represented symbolically, others described explicitly. There is violence. The story is not PG-13.

The story is a human drama that will be appreciated by most adult demographics. It is strong, unflinching theater played through characters who repulse us, fascinate us, and often, appeal to our better natures; ones who continually remind us of our human strengths—and weaknesses.

Mary listened to the droning sound that came to her through the wet air and thought of her mother’s soft humming. She wanted her mother to be there now, to hold her and hum softly to her, to soothe her. She drifted toward her mother’s round arms and warm smile on the ghostly crest of that ugly sound.
Then the dread came. It crashed over her like a cold, brown wave and the memories of her mother’s soft touch were washed away. She was in the big chamber. The big chamber was where the droning sound was. The droning was the collective sound from others just like her, others not asleep yet not awake; others unable to move their limbs.
She could turn and lift her head and see and hear and smell. She could not talk, but she could make a deep sound, a groan, if she tried. When the pain came, the groan would be its outlet. The groan would be the dull steam her violated body would vent in its outrage.
She prayed for a miracle. She prayed that when she opened her eyes she would see big, blue sky and bright light. She pressed her eyes closed and prayed hard but when she looked, only the chamber’s ceiling filled her vision. Its black, bubbly surface gave substance to the dread and when the cutting began, the ceiling’s gloom would stamp its dark print on her soul once more.
Mary turned her head slowly and saw the naked body of a young woman. Then she breathed the warm scent of perfume. The woman was new and a splash of luscious scent had been captured with her. The woman looked at Mary, her face slack with paralysis. Mary could not speak, but if she could have spo#ken the result would have been the same. There was nothing to say to this newcomer, no consolation to be offered. There was no comfort where none could exist.
Then her surgeon witch was there, its long head hovering, twisting and looking. Its thin, quick hands moved like rats over her body, feeling here and there with spiderlike squeezes. For the moment, her body was numb to the creature’s touch and she was thankful for it.
There was a motion under her skin, in her neck, deep in the muscles. It was a roiling little pressure she’d grown to know quite well. A grub was moving, and from the feel of it she thought it was moving upwards. As the larvae fed on her tissues, it caused a single sharp note of pain that grew in volume second by unmerciful second. She heard the high-pitched hiss of the witch’s cutter and was relieved that the cutting was starting.
Mary began her retreat from the sound and the growing bite of the cutter and of the pain of the worm and joined her voice with the others.