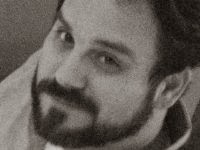 Duncan McGonall is a family man, first and everything else follows. Born of parents one generation from immigration to the U.S., his heritage is Scot’s Highlander.  He lives in small-town Tennessee with his wife, five children and four dogs. McGonall’s first writing sold was a role-playing game in the mid-1980s. Now a retired Navy man, he writes full time and is a General Editing Partner of the Orion’s Exploit imprint under Authors Allies. 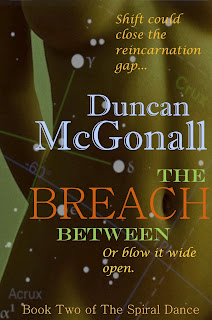 They use blood to walk through time and sigils to port worlds; they are Magi. They are the Legacy. They are three. One ancient book, the Book of Woes, can either restore or condemn the human race—depending upon who uses it. The Legacy seeks the mastery of this Book. At the moment, dragons have it and one of them is a lover scorned.The first of three is new to the game. Bruce Caieden is still playing catch-up as Egyptian gods Set and Horus teach him the Magi way.  Will his role in the Legacy cost him his soul mate, his life? The second, Maramore, immortal and cousin to the brothers Caieden holds the secret, the big picture; an immortal must die, the Ankh Principle must be isolated, the Ennead sated and Order must prevail to restore the ancient machine known as the Atum Origin aka the Rea Novum. The third, Tolen Caieden, is a soldier of secrets and keeper of true lies. Since his grandfather’s untimely death, he is also the custodian of the Legacy. Maramore, Bruce and Tolen must find a way to satisfy the contradicting terms of the Legacy—and stop a defunct, ancient order’s plan to Shift the Circle of Life. They need blood to walk through time.  They need blood to master the Book, and they need blood to stop the Shift. But there are more than two sides; there are four.


The Breach Between on AMAZON
GOODREADS LINK
"Very well written, intriguing story line and curiously developed characters. I enjoyed the complexities as much as the intellectuality. Refreshing take on the genre."
Jenn S. GoodReads, NetGalley
"...we enter an intricate web of political intrigue, mixed with time travel, Nazi treasures, and even magic.  The author sets the stage of the Nethertwain with some skill, crafts his long list of characters to battle and keeps the action moving from page to page."
Vicki McKeehan, Author of The Bones of Others, GoodReads
"McGonall has created a world with complex politics and imaginative magick that even includes time travel, the Pope and Nazi treasures...a very powerful and stimulating read and rewarding with its intellectual depth and well-constructed foundations. McGonall’s command of language is superb..."
Christoph Fischer, Amazon top 1000 Reviewer
"... woven with such intricate detail...McGonnall's diction is fantastic... his use of language will feel oddly refreshing and stimulating... a thrilling tale, The Breach Between is a special book because it isn't bound to just one mythological idea."
This review can also be found at:http://awalkonwords.blogspot.com/
Steph and Dani, A Walk on Words
"McGonall wove a tale with words in the same way a master swordsman wields his weapon...this book reads like a testimony to a love of words and double entendres. Love, ambition and familial ties wrapped up with a spell or two ... is what the reader can look forward to."
Wanda Hartzenberg, Amazon Reviewer, GoodReads
PURCHASE LINK
Amazon – (not yet available, will send it to you on the 18th.)
AUTHOR LINKS
Facebook
Twitter
Goodreads
Amazon
Author Allies