She is also the producer/host of the online radio segment, IndieReview Behind the Scenes, where she and her co-host Jamie B Musings interview Indie authors and musicians.
Michelle has been married for seventeen years and has a fourteen-year-old daughter. A book lover, her favorite genre has always been paranormal adventures.

Photography by the fantabulous (Tiffany McDonald- Anecdote Photography)
Website: http://www.anecdotephotography.com/home.html
Big Hug and Much Gratitude to the very awesome duo

After the war between Man and the Supernatural. The world settled back into a harmonious rhythm. Man and Preternatural existing side by side, building a society that was technologically advanced and beneficial to both kinds. Ruled by ThunderKins(Children of the Sun). But there was dissatisfaction in several of the Divisions one of Fire and the other Rain. (Fire) Division did not accept the rule of ThunderKin. The Thunderkin heir was targeted for destruction, believing this would cause the Thunderkin rule to be overthrown. So Chaos was birth and Chaos had a name….Ayda
Ayda Blackhawk was the beautiful, mysterious new girl at Eagle Ridge High School, in the Mountain Division of the New World, She was not there to make friends but to bring destruction. Her assignment? To kill the Thunderkin heir. But Ayda meets Adrian the ThunderKin leader, and through a twist of fate, the rules change which places Ayda, Adrian and their world at the cross roads to either destruction or redemption. 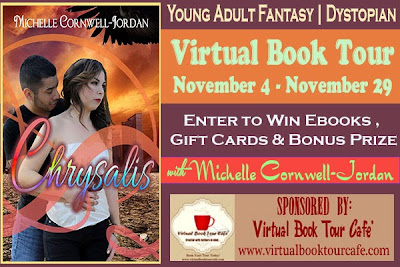