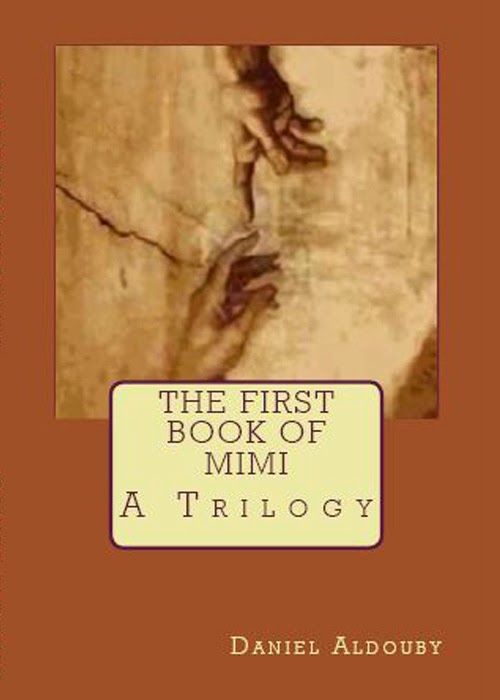 To the eighteen year old girl living near the Sea of Galilee, the voice seems to come from both within, and all around her. Trembling and frightened, she quickly learns it is the voice of God, The Creator of the Universe, who has chosen her to be his prophet and “sword of his tongue” throughout the ages. It is an offer “Mimi” cannot refuse, although she tries, and in the end, she reluctantly leaves her family never to see them again, to embark on a journey that begins in 40 BC, continues through the biblical lands of the Middle East, then to Western Europe during the Reformation, and finally to the United States in modern times; all the while accompanied by her young husband Nahyim, the love of her life, and her loyal, patient donkey Yofi. Creative, intelligent, and resourceful, Mimi soon grows into her new role as a divine spokeswoman to the point where she occasionally questions the authority of her Creator, which leads to richly humorous dialogues between the two, much like between a rebellious daughter and a bemused, father. Nevertheless, the three travelers remain under divine protection throughout their journey, a fact that is quickly and sometimes spectacularly apparent should they be in danger. The Book of MIMI is a trilogy which chronicles her travels and adventures through time from the beginning to the present day.

I was washing laundry at the lake. They day was warm, not hot, and a gentle breeze kept me comfortable. I saw a cloudless sky, birds flying or nesting, and thought that I should like to live like this for a long time — in peace, quiet, marrying in the future and settling down here, near Ima and my brothers. As I daydreamed, visions of the future darted through my head; then clouds appeared, and the sky grew dark. There was no rain, but there was thunder and lightning all around me. Suddenly, there was a stillness, which only a moonless night can bring, yet it was mid-morning. I heard a voice, small and still, and it spoke my name.

“Batya, Batya”
I looked but saw no one, so I did not reply. Again I heard,
“Batya, Batya”
I was frightened, because I knew that my ears had heard my name, but there was no one to be seen. So I whispered, “Who is it? Who, who?” In Hebrew, it is “Mi ze? Mi, Mi”? That is the language I spoke in those days.
And the voice answered, “I am the same who spoke to Moses, who has given you the law and has kept you alive. I see wickedness and injustice in high places. You know not of this, except the noise of which you complain. You have been chosen to speak my words to the people. In return for this work, you shall be recompensed with life exceeding that of Methuselah

www.bookofmimi.com
Daniel Aldouby was born in 1931 and lived ten years overseas. His early years were spent in Tel-Aviv (1930s) and four and one-half years in England (Leeds and London). He also traveled extensively throughout Western Europe and the Middle East. He has a BA from Rutgers University and a Master’s Degree from Temple University. His teaching experience includes thirty years in a Public School system teaching History, English, and Computer Literacy. He is also a Reading Specialist. He taught in his Congregation’s afternoon and Sunday school for twenty years. His military experience consisted of four years in the United States Air Force. After retirement, he taught for a number of years at the Osher-Rutgers University All-Life Learning Center, presenting courses in Middle East History and The History of Religion. During his escapes from winter in Bucks County PA, he attends Florida Atlantic University, All Life Learning School where he considers himself still a student. Presently, he is on leave of absence while he finishes the Mimi trilogy. Much of the content of these tales, results from questions asked by Dan and his students, during his teaching career.
﻿
Posted by M.C.V. EGAN at 12:30 AM