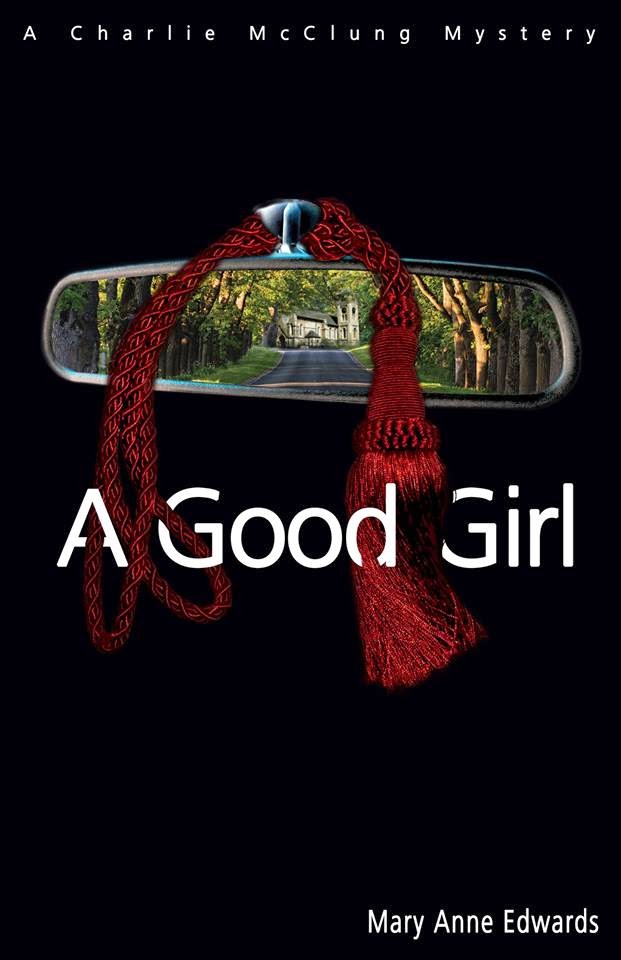 For Charlie McClung, going home to Virginia with Marian was supposed to be a joyous occasion, but upon arrival at his childhood home, he’s met with a note instead of his family.


“Don’t worry, Love, we’re all okay. Come to the shop. A dead girl was found in an armoire delivered just now. Huggies, Ma”

Charlie is quickly recruited to help solve the murder of a young girl who was on the path to become a nun. The suspects begin to mount as Charlie delves deep into the girl’s life, revealing a sordid and ugly side of the town’s good girl.

Luke pointed to a man sitting at the end of the counter chatting up a giggling blonde girl. “That’s Scottie the Hottie. Looks like he does like them young.”

Charlie eyed the dark-haired man. He didn't see anything special about him. Looked like someone who could play the part of a pirate in a movie. But there must be something about him women liked. Even old Dora, who was old enough to be his mother, seemed be drawn to Scottie. Since they walked in, she’d wiped the same spot on the counter over and over with her eyes glued on Scottie. Charlie smirked. He’d never understand what women found attractive in a man.

Luke sat to the left of Scottie and Charlie sandwiched him in by sitting at the end of the counter to the right. “Say, Scottie, do you know who we are?” Luke asked.

The giggling girl rolled her eyes. “Can I get you two anything?”

“Two large Dr Peppers to go,” replied Luke without looking at her.

Scottie rolled a toothpick between his teeth. “I've seen you around town. You’re a cop,” he said to Luke then turned to Charlie and pointed the toothpick. “Hmm, you must be that big shot detective everyone is talkin’ about. Am I right?” Scottie chuckled, “What can I do for you gentleman today? Need a ride somewhere?”

Charlie was not amused. “Yeah, you can come with us to the police station.”

Scottie’s smile froze. “What? Why? I mean are you joking me?”

Charlie’s face hardened. “No. We have some questions concerning the murder of Darla Jean Rogers. You can answer them here or in the privacy of the station. Your choice.” 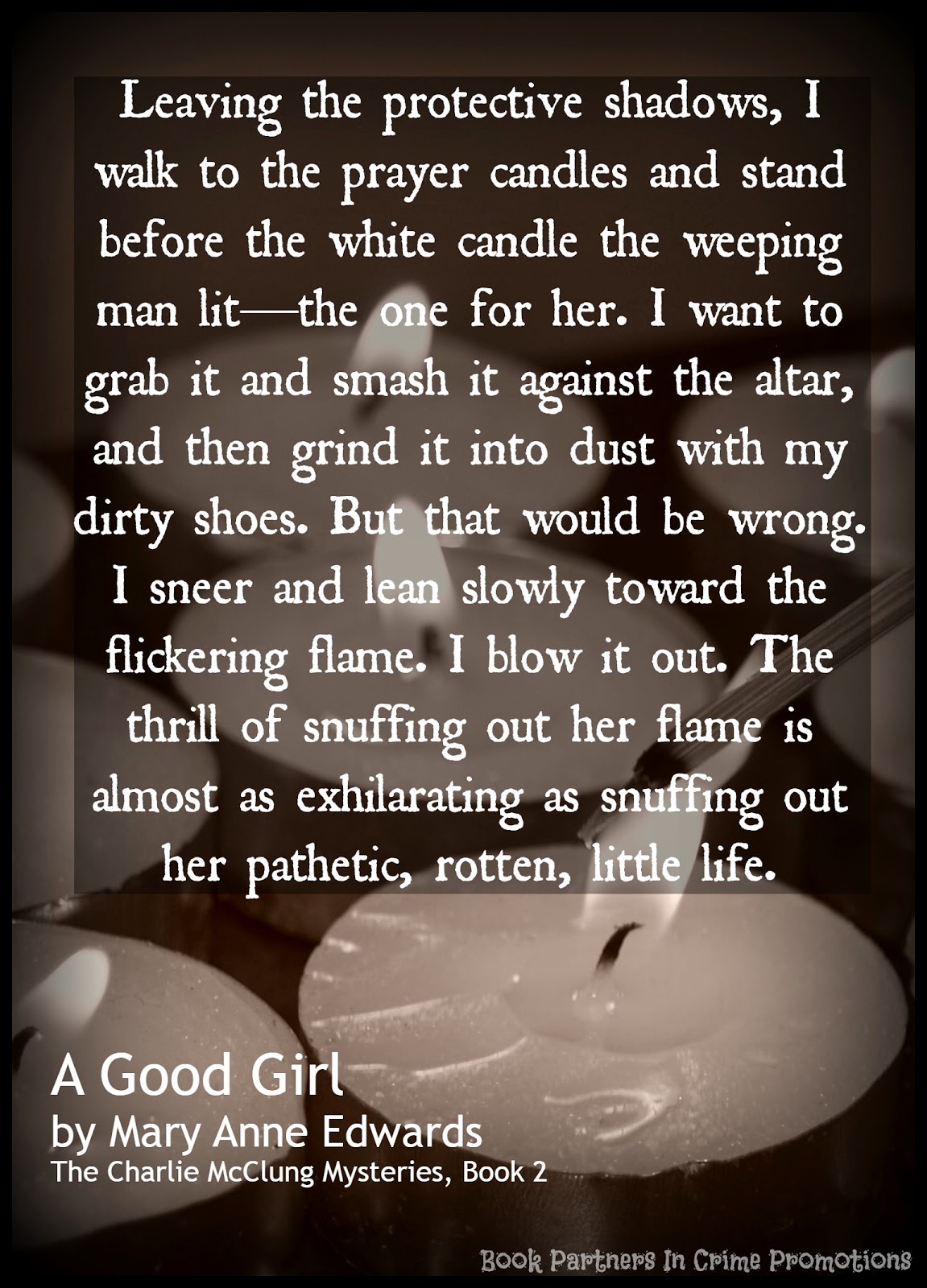 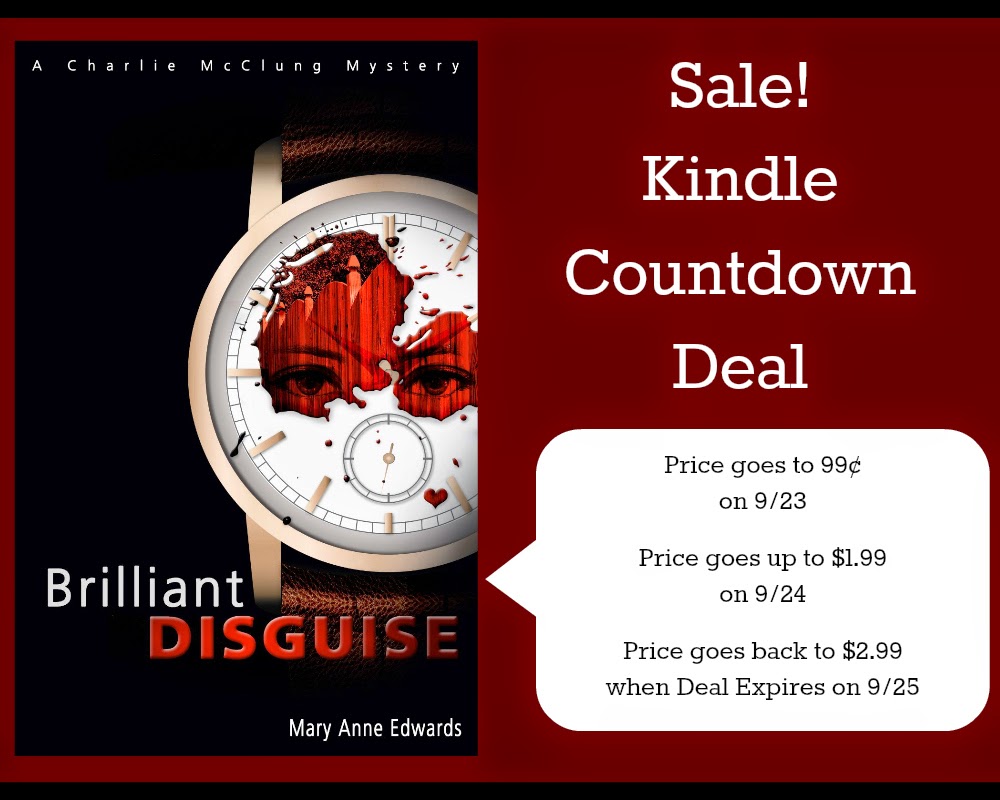 Although I was born in Mercedes, Texas, I have lived in Georgia most of my life which has been filled with a variety of experiences. Some were great and some, well let's just say I have learned many lessons the hard way.

I have been married for 33 years to the most practically perfect man, Jeff. We enjoy traveling and watching mysteries on TV. We are also a part of the drama team at our church. Funny thing, he writes all the skits, I just act. I am active in Sisters in Crime Atlanta Chapter and sit on the advisory board of Rockdale Cares, Inc., a non-profit advocacy group for the developmentally challenged.

I began writing in high school but not seriously until 1999. I write traditional mysteries and my biggest influences are Agatha Christie, Anne Perry, Caroline Graham, Elizabeth Peters, and my family. I have had short stories published in Evangel and The Associate Reformed Presbyterian magazines. I have published a collection of eclectic short stories titled, My Favorite Work of Art.

My first manuscript, Useless Beauty, is waiting for me to breathe life into it. It was put on hold because my second manuscript, Brilliant Disguise, was begging to be written. It is the first in the Detective Charlie McClung mysteries. “Brilliant Disguise” was released on January 21, 2014. The second book, “A Good Girl”, was released on September 23, 2014, and the third book, “Criminal Kind”, will be released in April, 2015. There are seven more to follow in the series.