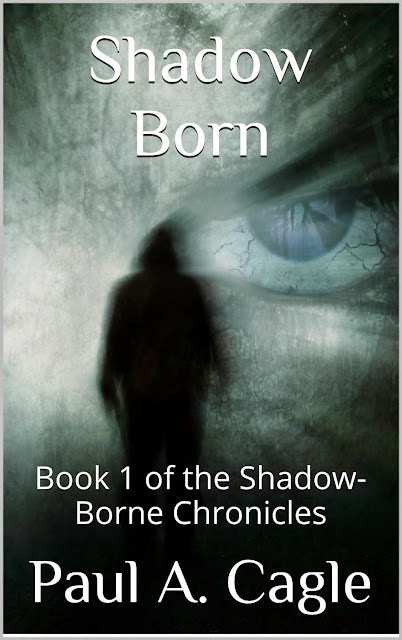 Shadow Born:
Book 1 of the Shadow Born Chronicles
Alec Carson wakes up naked and alone with a crazed woman that has abducted him, sliced his wrists open for her own dark needs and forced him to drink blood for her own sadistic ends. After unknown assailants attack his abductor, Alec finds himself in the hospital alive and thinks the nightmare has ended and that his life will get back to normal once he starts college. But he is wrong. His journey into the dark, secret world of immortal beings, dark power plays and an unknown enemy that wants him dead, is just beginning and Alec will have to fight just to prove he has the right to exist. What can Alec do to stay alive and prove himself worthy of trust and the right to live? He will have to pit himself against an ageless enemy that wants to see him dead and align himself with powers that even immortals fear. What he’s become has never been seen before and what he doesn’t know could get him killed. Alec was born in shadow, but he will be shadow-borne through his journey to see himself liberated and he will be forced into becoming a power to be reckoned with.
Paul A. Cagle
www.shadow-borne.com

Paul A. Cagle   published his first book, Paranormal Journeys, in October of 2010 with limited success. It would be another two years before he sat down to start working on another book, this one a novel. After getting laid off from his job at a major insurance company, he decided to start writing a story that had been in his head for several years, and Shadow Born: Book 1 of the Shadow-Borne Chronicles started coalescing into something that resembled a novel. There were quite a few stops and starts along the way, moving from one place to another, switching jobs and trying to figure out what direction to take in both his personal life and the story line. Two and half years after it was started, Shadow Born was published on Kindle and Amazon. He is currently working on book two which doesn't yet have a name, but he is hoping it won't take another two and half years to finish the second novel.
Paul is a huge fan of the vampire genre but didn't want to write the same old story being told by others. Instead, he took a character, figured out what made him different and wrote a book based on the trials and issues that someone might find themselves in if they were 'human' but had abilities that made them stronger and faster than a creature of the night. Shadow Born follows the life of Alec Carson, a young man that finds himself in a dark world of immortal beings, dark power plays and an unknown enemy that wants him dead. Pick up your copy today to find out how Alec fares. 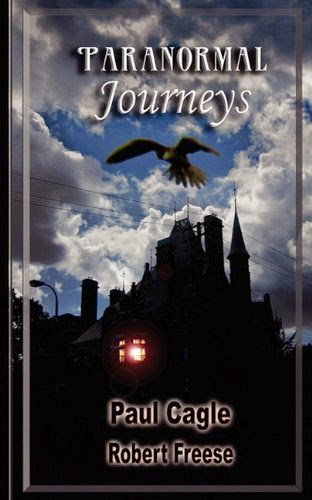 ON Amazon.com~Paranormal Journeys
They lurk in the darkest corners of a forgotten cemetery, within the shadows of a forlorn country hotel, among the swaying branches surrounding Devil Worshippers Mountain and inside the long corridors of an abandoned hospital. They are watching us, trying to make contact from the other side. They exist within a world between ours and the next. Take this journey with paranormal investigator Paul Cagle as he encounters supernatural phenomena while searching for the ultimate truth. It is a journey you will never forget.