#VBTC ~ LUCIEN and I by Danny Wynn 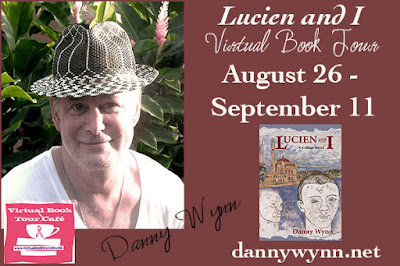 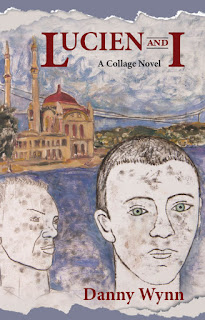 Be Careful What You Wish For…

What if you had the chance to relive your twenties the way you really wanted them to be?

Thirty-nine-year-old David is presented with that opportunity by Lucien, a charismatic young Englishman. Ranging from downtown Manhattan to Istanbul, Majorca, and the Hamptons, the two of them live a life of excess—drugs, beautiful women, and adventure—and forge a strange but great friendship.

But with every journey, there comes a price; and in every paradise there lurks a temptress. For David, will his quest for excitement lead him to betrayal and loss?

"Wynn immerses readers in psychologically rich studies of his characters and their quiet but fraught interactions. The prose is subtle but vivid, intellectually engaged but never arid, as the author provides readers with a flurry of glittering snapshots that gradually coalesce into a picture of tarnished longings. An engrossing and vibrant...meditation on friendship and the deep currents that run beneath its surface."
—Kirkus Review

He is currently finishing two novels.

Danny describes himself as a creature in search of exaltation. In addition to attending the original Woodstock Music Festival, some of the other great concerts he’s been to include: Roxy Music on the Avalon Tour at Radio City, Bon Iver at Town Hall and subsequently at Radio City, The National at BAM and later at The Beacon, and The Waterboys at the Hammersmith Palais, Bruce on his solo tour, U2 on Zooropa and later tours, Dylan on the right night, and Van on the right night.

Among his favorite movies are: Performance, Bad Timing, McCabe and Mrs. Miller, and Withnail and I. His favorite novels include: The New Confessions by William Boyd; A Flag For Sunrise and Dog Soldiers by Robert Stone; The Magus by John Fowles; Legends of the Fall by Jim Harrison; andThe Comedians and The Quiet American by Graham Greene.

He derives enormous sustenance from his close friends.

It was around three in the morning in a pulsating Istanbul nightclub when I caught Lucien’s eye. The club was called Twenty-Nineteen—written 2019—and we were dancing with the exquisite Azine, Lucien’s Turkish ex-girlfriend who lived in the Eurasian city—light brown hair, golden skin, stylish, the epitome of feminine elegance as far as I could see. We were moving loosely, sweat-drenched, Lucien in that whirling, psy­chedelic dervish way of his. I was in a transcendent state, one of those all-too-rare moments when the pure act of dancing makes you high, fills you with euphoria. I caught his eye and shouted above the blasting tech­no-soul, “I’m alive!”
He nodded and grinned his grin. He knew.
That’s the way he made me feel. He enhanced my capacity to enjoy life, made the good times better. And the most acute thread of the feeling was the sensation of living life to the full, which I yearned for like a parched plant with long twisting roots seeking moisture. The sensation was a drug for me, just a notch or two below the jolt of ego-juice a guy gets when a sexy woman looks at him with desire, or better yet, succumbs. Some of my many demons.
I was a creature in search of exaltation.
There was, however, an element of desperation in my quest, and in the moments, or longer times, when I was in the sought-after state, the heady pleasure was bolstered by a strong sense of relief at having made it to that elusive place.
In a way, the trip to Istanbul was the peak of my friendship with Lucien and the night at 2019 the high point of the expedition. Not in any exact sense. It’s just that when I look back, Istanbul seems like the pinnacle of our bond, and the night at the club the time we soared the highest. The experience of connecting, of shared good times, was distilled to its very essence. And yet the stain was already there, dark and spreading.