A chat with author Amy Duboff author of The Cadicle Series

Amy has always loved science fiction--books, movies, shows and games. After devouring some of the classics like Dune and Ender's Game in her tween years, she began writing short stories. In the ensuing years, Amy attended the Vancouver School of Arts and Academics in Vancouver, Washington, where she studied creative writing. She eventually became a Psychology major at Portland State University, but also pursued a minor in Professional Writing. After graduating, she stumbled into a career as a proposal manager. Amy currently lives in Portland, Oregon, with her husband. When she's not writing, she enjoys travel, wine tasting, binge-watching TV series, and playing epic strategy board games.

What is your book about?


The Cadicle series is a multi-generational space opera epic, built around the premise that humans are a divergent race of Tarans--and a fully established galactic empire exists just out of our sight on Earth. Some Tarans have telekinetic abilities, and the only sanctioned place to gain training for those abilities is with the Tararian Selective Service (TSS)--which happens to be headquartered in Earth's moon.


The first book in the series, "Architects of Destiny," is a prequel. Cris is a teenager born into a High Dynasty on Tararia. He has telekinetic abilities, but his parents want him to ignore the abilities and focus on the family company instead. In fact, thanks to the Priesthood, the use of such abilities is all but banned. So, Cris leaves home to go find himself. Along the way, he gets recruited by the TSS.


The second book, "Veil of Reality," takes place about twenty years later. Cris is a senior officer in the TSS, and he has a fourteen-year-old son, Wil. Wil is the main character of the series. He's extremely gifted and has grown up within the TSS. He's kidnapped by a mysterious race on the outskirts of the galaxy, the Bakzen. Cris goes on a rescue mission to find Wil and discovers a whole mess of conspiracies between the TSS, Priesthood, and the rest of Taran civilization. War is coming, and Wil will be at the center of it.


The rest of the series follows the main characters as they face the toll of war, and ultimately need to address the broken systems in the Taran government.


Dune (Frank Herbert) and Ender’s Game (Orson Scott Card) are the two biggest influences for my Cadicle series. At its core, I think of my series as a combination of those two, with some twists. There’s also some Wheel of Time (Robert Jordan) in there, too.


I have always seen inspiration in everything around me--from personal life experiences to the worlds crafted by others--and those things have all become a part of my own creation. After years of taking in little ideas here and there, I felt the world growing in my head was finally ready to be experienced by others. I write now to share that vision. It is the culmination of all that has inspired me throughout my life.


Those who know me are well aware of my addiction to parmesan flavored Goldfish crackers. A bag of those with some orange-mango juice and I’m good to go. And, I’m not above adding a splash of my favorite 360 brand orange-flavored vodka to the juice when the words aren’t quite flowing :-).


Once a character is fully developed do you set them free or do they still dance around your mind?


The characters in my story have been living in my head for so long that I don’t think they’ll ever go away. When I have a quiet moment, I tend to go to that world. I think I’ll carry them with me for the rest of my life.


Who gets to read your drafts before they're published?


My husband is usually the first to look over a draft. I also have a small group of beta readers--some are friends, and others are people I specifically recruited for that purpose. I also have my editing team for proofing.


The third book in the Cadicle series, “Bonds of Resolve,” is the first where I’m sending out ARCs to bloggers for review. I’m looking forward to releasing the book with reviews!


Share the biggest hurdles in the marketing process.
Does “marketing” count as an answer? Hah! No, but really, getting one’s name out there as a new author is extremely difficult. There are millions of books to choose from--how does an author make theirs stand out?
Finding ways to get in front of prospective readers has been a big challenge. “Self-publishing” has a bad connotation, unfortunately, and getting people to take a self-published work seriously is difficult. Combing through blogger lists, at least half of them won’t accept a self-published book--in fact, one person actually said, “I won’t read self-published books, as I value good writing.” Yikes.
To have my books can stand alongside those from traditional publishers, I’ve done the following:
●       Invest in custom cover art. Covers make a big difference when a reader is scrolling through pages of search results on sites like Amazon. Without an engaging cover and title, the likelihood to “click” to read the blurb is far lower. I invested in custom illustrations to help my books look polished and intriguing.
●       Published under “BDL Press.” One of the best pieces of advice I saw was to make a self-published book not look like one. Using a publishing house pseudonym can help with that--like using a pen name.
●       Build a social following. Rather than focusing on Facebook and Twitter where there’s a lot of advertising, I wanted readers to focus on the content of my books. So, I joined several online writing communities where I can interact with readers and writers who are interested in my genre. Many of these people have gone on to purchase my books and help spread the word through reviews.
●       Run a promo. I’m in the midst of launching my first right promo now, and I hope it will pay off. For four days, I’m setting the first book to Free and the second to $0.99. I hope that will kickstart some sales and help build momentum. I know not everyone who downloads a free book will read it, but I hope some will and become fans of the series.


Where can readers find you and your book(s) online? 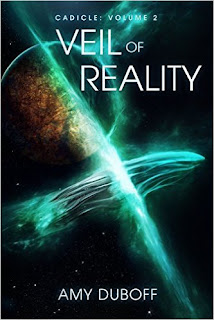 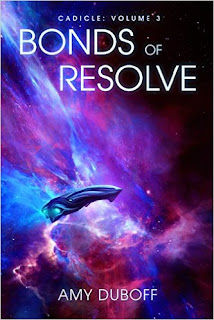 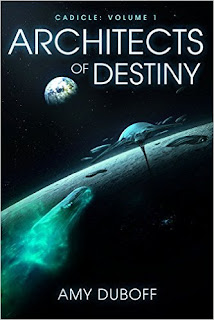