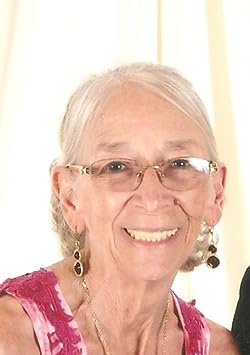 Kathy sold her first article when she was 8 years old to the York Junior Dispatch, a publication in her community that encouraged children to write. As she grew older, many of her articles were published.  Her fifth grade teacher said "Kathy's favorite thing to do is to write compositions."

Kathy was always writing plays for her cub scout group to perform at holidays. She also wrote dialog to be read at social events for some of the groups she belonged to. One of her specialties was to write a rhyming story tailored to each member of the group by their interests and hobbies.  Kathy always had dreams of becoming a Romance Story writer.

As a young married, she had time on her hands and wrote many stories, poems and articles. Kathy was a writer/producer for numerous Public Television shows in York, Pennsylvania, including a series on Home Computing, Senior Singles, Creating Stained Glass Windows and others. Kathy wrote a weekly newspaper colmnn for the York Sunday News in the York, Pennsylvania area.  She wrote her first children's book "So You're Going to be Adopted" after finding this resource lacking for her family and adopted children. Discouraged by the accumulated rejections, she stopped submitting her work.

Kathy wrote her next children's book and submitted it to a contest.  Not winning any prizes, she decided to self –publish with illustrations done by an artist in Connecticut.  It is the story of the McKenzie Family dog and how she became a member of the family. The miscolored Saint Bernard pup paralleled the life of some of the adopted children, not perfect, but wanting to be part of a family. ''Puppy Gets a Family" is available online and can be viewed/purchased at http://www.blurb.com/bookstore/detail/85806.    Her current picture book for children ages four to eight is “A Dolphin’s Tale,” the true story of the rescue of a baby dolphin off the coast of Florida with factual sidebars and a “Fun Facts About Dolphins” section.  Kathy joined the SCBWI after multiple courses in writing for children and magazines.  She continues attending conferences, taking courses and of course, reading, reading, reading.

Kathy's specialty today is in non-fiction works for children and families. She has recently completed articles including:  Five Easy Steps to Scrapbooking, Everything you always wanted to know about Cruising, Ten Christmas Crafts to Create with your Children, and others. Her article “My Cure for the Common Rejection Letter” was published in the Working Writers newsletter recently.

Nearing retirement age, Kathy wanted to leave a legacy for her ten children and seventeen grandchildren .  "And Baby Makes 9" is a memoir of her life, through eight adoptions, sponsoring a family of nine Vietnamese, two birth children, fresh air children from New York City and fostering numerous boys and girls throughout the years.  "Flight to Freedom" is the story of her Vietnamese son's exit from Vietnam, submitted as Historical Fiction for children in grades six up.  This story is part of the memoir she is writing. It won 12th place in the worldwide competition of Writers Digest, 2011.

Her first mystery novel for adults, is named "Blood Ties" and is the story of a sheriff, adopted as an infant, who finds the killer's DNA profile matching his own.  The series now includes four completed books and a fifth, "Murder at the Rectory" is in editing now.  "Murder at the Museum" is due to be released in 2015.


Award-winning story based on the rescue of an Atlantic Bottlenose Dolphin in Florida.  WINTER lives at the Clearwater Aquarium.  Side bars with true dolphin facts for parents and teachers.  Newly release in July 2015. 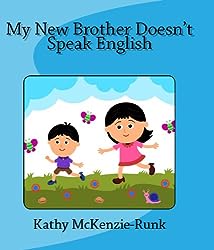 Released in paperback and as an e-book, "My New Brother Doesn't Speak English" is a children's illustrated true story of the adoption of a Vietnamese Orphan from the point-of-view of six-year old Krissy.  A touching story for any family interested in an international adoption and how their children might react.  Suitable to be read to younger children or for the Early Reader (ages 4-8) in your family.  A perfect gift for the children of your friends and family.

A fully illustrated children’s picture book of the puppy who didn’t meet breed standards.  Follow along as she finds her loving family.  Perfect for the children in your family.  Appropriate for children of all ages.