See other reviews and interviews, and follow this tour here.

Rebecca has just turned thirty. She’s happy living a perfectly comfortable and predictable life. She’s even ready to marry her long-time boyfriend whenever he finally gets around to asking her. But all that changes when her best friend whisks her away to Italy for a much-needed vacation.
In the midst of site seeing and finally letting loose, Rebecca manages to catch the eye of a young English tourist; but doesn’t let it go to her head. By the time she’s back in the states and back in the arms of her long-time beau, Rebecca has already forgotten about Peter, Paten, Paul…whatever his name was, that is until he shows up at her brother’s cabin in the woods.
A life of normalcy, routine, and stability gets turned upside down as Rebecca decides whether or not she’s truly ready to get married. And if so, who is the one she’s really meant to be with?

Tell us a bit about yourself.
My name is Toi Thomas and I've been playing around with this thing called publishing for over 5 years now, acclimating to blogger culture and honing my skill at speculative fiction. Most recently I've begun to dabble in the more contemporary genres and am finding that I quite like it.
Do you have a muse?
I never  really thought I did until I started thinking about writing romance. The more I delved into the genre, the more I realized there was an inner voice speaking to me of the wonders this genre could bring. For that reason, I've personified my muse and have given her top billing on the cover my latest book. Glorie Townson seems to be a much better fit for a contemporary romance than Toi Thomas.
Was there any research involved in the project?
Technically yes, but not quite the character and world building that's involved is writing speculative fiction. For me, since I'm still fairly new to the genre, I had to read and watch up on what makes for good romance. From a cinematic point of view, this story has been inspired by such films as: Moonstruck, A Room with a View, and How to Make an American Quilt.
What was your biggest hurdle in writing this book?
Being new to the genre, I struggled to keep up a sense of the mundane but not have the story be boring. When you're used to writing about characters trying to save the world, it's difficult to keep matters within the realm of normal. I have, however, figured out that the key to keeping things interesting is drama.
Are the characters in your book based on anyone you know?
To some degree, all my characters reflect parts of my own personality, but that's not to say that other people haven't influenced my characters. Lisa, in particular, is an amalgam of many friends I had in college who were true blue and a bit of a mess. I loved them and they loved me despite our faults.

This book is currently available for Pre-order as an ebook through Amazon.com and as a paperback direct from the author. Be sure to pre-order your copy at its reduced introductory rate and save your receipt number to earn extra entries into Glorie's cool giveaway.
Pre-order Kindle | Pre-order Paperback | add to Goodreads

So, who were you in the love triangle?
Share for a chance to WIN below! 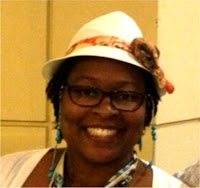 Glorie Townson is more than just a pen name for the author, Toi Thomas; she's an entirely different personality. Glorie is the softer side of Toi, who puts down her comic books and picks up a volume of Robert Frost poems. Like Toi, Glorie is happily married to her wonderfully supportive husband, and together they share a home with their pet turtle, Betty. This is Glorie's first publication, but she's already feeling the inspiration to pen another tale, to which she'll gladly share with the world.

I hope you've enjoyed this stop on the
It's Like the Full Moon Tour and will consider
supporting the Thunderclap to announce the
official release of this book.
~
The giveaways for this tour will include:
a $5 gift card, or a signed and personalized
digital sneak peek, and or something for everyone.
a Rafflecopter giveaway 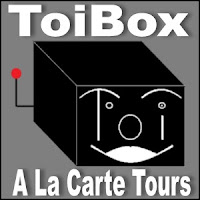