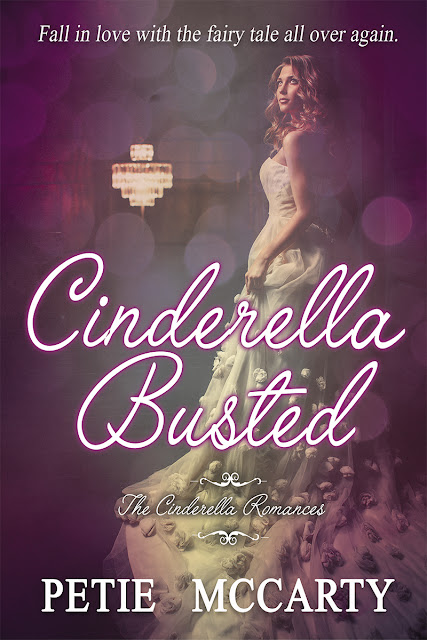 Cinderella's fairy tale moves to Jupiter Island, Florida where Lily Foster, owner of an eclectic landscape nursery, is mistaken for a wealthy socialite by billionaire resort developer Rhett Buchanan. Overdue for a little romance in her life, Lily is anxious for one fabulous date with her handsome prince, so she cultivates her inadvertent masquerade.

Rhett Buchanan has become jaded with the Palm Beach social scene, dominated by scheming women desperate for more money -- his money. Rhett falls hard when he meets Lily Foster. She is a breath of fresh air after the smog of gold diggers constantly surrounding him.

For Rhett and Lily, it's love at first sight until her deception comes to light and pitches their relationship into a disastrous tailspin. Well-meaning friends are determined to intercede and resort to inept high jinks to reunite the estranged couple while a wicked ex-girlfriend plays dirty to keep the couple apart.

The elevator doors opened on the third floor, and Rhett quickly stepped into the reception area. A high-pitched yelp sounded, and everything slammed into slow motion.

A flash of movement to his immediate right.

No, a small figure—a woman?—on a stepladder.

The ladder wobbled and threatened to spill its rider onto the marble floor.

At the first squeak of distress, Rhett’s body reacted. His long legs reached the ladder in two strides, and he stretched out his long arms to capture the teetering body out of mid-air. The added weight thrust him forward, and he rotated the body against his jacket front in case he lost his balance, too.

The stepladder whacked the marble tile at his feet, and the sound echoed loudly through the reception area.

His mind reverted from emergency-default mode to coherent-thought processes, and he realized the body he had grabbed—and crushed to his chest to preserve his own balance—was indeed a very feminine body. His surroundings had blurred when he reacted to the accident in progress, and now bits and pieces began to clear.

A giant palm stood three feet away, and Garrett Tucker stood ten feet beyond the palm, frozen in place with his eyes wide and his mouth agape.

Garrett with a cart of plants alongside . . .

A body on a ladder?

Who exactly had he plucked from thin air?

Who would be with Garrett and his cart of plants and standing on a ladder with the palm?

And why did he feel this strange tug and pull near his heart?

No, not strange. Familiar. As in, he’d felt it before. But when?

His mind fought him when he sought the logical answer. Maybe because he didn’t want to let the woman go. Adrenaline still pumped through him and forced a blank. He needed to let go, but the feminine body felt so good against his, a familiar kind of good.

Reluctantly, he lowered the smaller body to the ground and made no conscious effort to put space between them. He felt every sensual inch of her slide down his torso, and he fought his obvious physical response. Coherent thought eased into his mind, and what seemed like minutes since the whole ordeal had started probably flashed in one or two seconds.

As the smaller body slid down, he spotted blond hair, and he stilled. His rescuee had reached the floor, and still his hands cupped her elbows to steady her. Who? his mind asked, though his heart pounded so hard the organ had surely sensed the truth.

He felt the slender body hiccup loudly and then felt her take two deep breaths. He knew this because with each breath, her breasts pressed more firmly against his chest. The face tilted slowly, and two enormous blue eyes came into view. And for one brief moment, he regretted letting her go.

He had saved his Lily.

This woman had wedged herself under his skin from the moment he’d met her and had turned him into a lovesick schoolboy in a matter of hours. Even made him consider the possibility of love at first sight. His only inclination at this moment was to pull her back into his arms and cuddle his Lily close, try to spin time backwards to the day they met and make the day turn out differently.

He had to say something. He couldn’t just stand here like a dolt.

His gaze shot to Garrett. “What’s going on here?”

"4.5 Stars... well written story with so many twists and turns... Although there is no missing shoe, I enjoyed this fairytale retelling. So if you are looking for a fun and fast paced read you cannot go wrong with this one..."
—Long and Short Reviews

"5 Stars... Hope to read more by this author! This story was a perfect read! I just fell in love with all the characters..."
—Once upon an Alpha

"4 Stars... you are given one heck of a story that’ll leave you saying 'wow' when it's all said and done..."
—Night Owl Reviews

"4 Stars... Loved this book. I just couldn't stop reading it. So many twists and turns and ups and downs. So much fun."
—A Fireside Read Book Reviews

"4 Stars... Definitely a cute, fun read with some comedy thrown into the mix..."
—Mignon Mykel Reviews

"4 Stars... Petie McCarty gives us humor, deceit, treachery and love, all rolled up with one of the best cast of characters ever! A classic battle of good versus evil in the business world is the icing on this romantic tale..."
—Tome Tender Book Blog 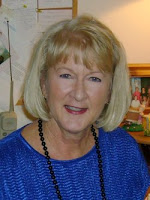 Petie earned a Bachelor's degree in Zoology from the University of Central Florida, which was no help at all when she decided to write romance novels as a second career. Her particular background did afford her the luxury of many unique assignments during her career as an aquatic biologist, including aquatic plant surveys in Florida lakes and streams by airboat. Many of those off-the-wall assignments provided background for her stories.

Petie spent most of her career working as a biologist at the Walt Disney World Resort, "The Most Magical Place on Earth." What could be more magical than driving by Cinderella's Castle on your way to work every day? Living in the heart of the theme park entertainment industry constantly tweaked her imagination and made her want to write. She had the fun of working in the land of fairy tales by day and creating her own romantic fairy tales by night. She eventually said good-bye to her wonderful "day" job to write her stories full-time.

These days, Petie shares her home on the beautiful Cumberland Plateau with her horticulturist husband, a spoiled-rotten English springer spaniel addicted to green olives stuffed with pimento, and a talkative Nanday conure named Sassy who makes a cameo appearance in Angel to the Rescue. She loves golf, running, and reads voraciously. That's Petie, not the conure.