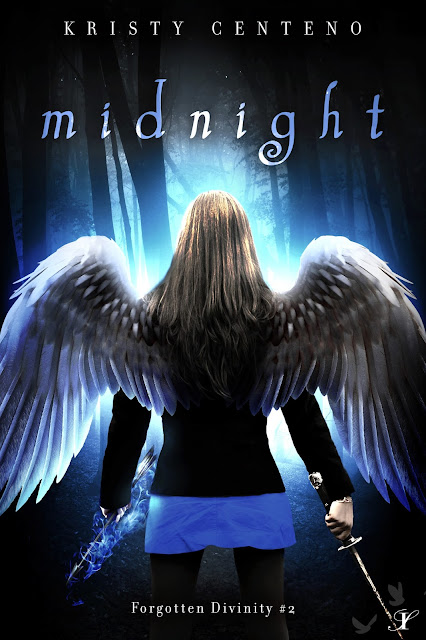 A past shrouded in darkness.
A mission that can mean the difference between life and death.
One week to find the answers they need.
With the memories of her historical love for the Soul Broker who was once commissioned to harvest her soul, eradicated from her mind, Daya must embark on a perilous journey through dangerous territory to find those who might shed some light into the mystery that surrounds them. But what she uncovers along the way may prove too daunting for her to come to terms with.
Trapped in a loop she can’t get out of, Daya’s only tool for survival is trusting Mason. But will betrayal be a determining factor when they both have something to gain by giving up on each other?
NOTE: This book is the continuation of the short story featured in the anthology, Blood in the Shadows. Midnight picks up right where Shadows left off

Excerpt #1
The demon growls in frustration, shaking the wounded hand as if to clear it of pain. His midnight eyes glance up at me with undisguised menace.
“Hunter,” he manages to growl.
I pay attention to his face, spotting a mouth full of razor-sharp teeth and two sunken eyes with dark circles underneath, and a jaw that juts forward in an abnormal manner as he glares down at me. He’s ominous and pissed off. Not a good combination.
“Get out of here, Dex,” I shout at my informant, not once ungluing my eyes from the figure five feet from me.
“Daya.” The demon’s lips curve up into the most sinister grin I’ve ever seen. “The fallen Angel.” He laughs, but the gesture lacks mirth. “You know what I find ironic?”
I hold off on replying, not really interested in anything he has to say.
“The hunter has become the hunted.” He closes and opens his fist, making his discomfort apparent.
He knows who wants me dead. This has my attention.
Excerpt #2
“Do you honestly believe what we felt for each other was a mistake?”
“It was. That’s why we were castigated.” It was a sin of the worst kind.
Mason shakes his head. “I refuse to believe that. I may not remember what happened, but there’s one thing I’m sure of.” He draws me to him and wraps his arms around my waist, anchoring me to him. “What we felt for each other wasn’t wrong. Anything so right couldn’t have been immoral.”
His lips are on mine before I can think to oppose or argue that his point of view is wrong. The fighter in me urges me to knee him in the groin and follow with a beat-down, but I end up struggling for a moment before relenting. He’s determined to seduce some sense into me and I’m running out of will to keep from trapping myself in this mind game. Whether his intention is for me to trust him or he simply wants to help me through the monster of doubt eating away at me, I don’t know. Nor do I care.
I allow him to take me beyond my grief and into a sweet, almost painful harmony. The fight goes out of me and what few reservations remain melt away with a quick stroke of Mason’s tongue. Every feeling of helplessness evaporates with each term of endearment that escapes his half-open lips as he alternates between kissing my mouth, face, and neck. I yield to him, our caresses becoming more fervent and urgent with each passing second.

Two dark worlds...One night that will change their lives forever...Where evil lurks, only goodness can prevail.
Acclaimed author Kristy Centeno, and Bestselling author of The Star Child series, Stephanie Keyes, bring you two stories "Shadows" and "The Boy In The Trees" that prove love and light can overcome the pain and shadows. With secrets hidden in the night, and dangerous creatures prowling the woods, trusting the enemy can mean either life or death.
Amazon ✯ B&N ✯ iTunes ✯ Kobo ✯ All Romance ✯ Goodreads

Kristy Centeno is the author of the Secrets of the Moon saga and Keeper Witches series.
She has always had a passion for books and after years of being an avid reader, she decided to transform her desire to write into a reality and thus, her first novel was born. When she’s not busy taking care of her five children or holding down the fort, she finds time to sit and do what she loves the most: writing.
Website ✯ Twitter ✯ Goodreads ✯ Amazon ✯ Facebook ✯ Blog ✯ Pinterest ✯ Google+