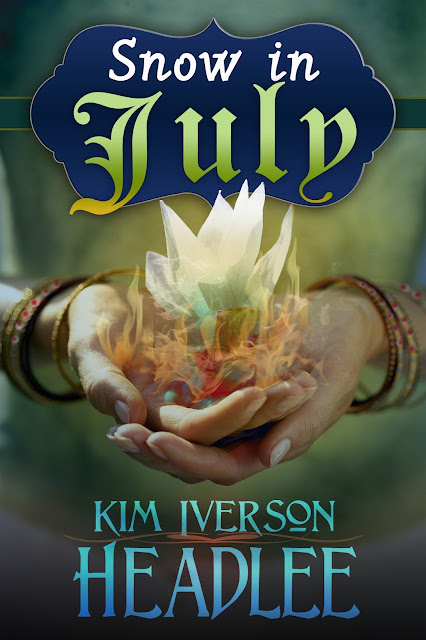 From the award-winning pen of Kim Iverson Headlee comes the exciting, poignant love story of a distressed damsel who wields a fierce fireplace poker and the smoking hot knight she must save from himself.

Sir Robert Alain de Bellencombre has been granted what every man wants: a rich English estate in exchange for his valiant service at the Battle of Hastings. To claim this reward, the Norman knight must wed the estate's Saxon heiress. Most men would leap at such an opportunity, but for Alain, who broke his vow to his dying mother by failing to protect his youngest brother in battle, it means facing more easily broken vows. But when rumors of rampant thievery, dangerous beasts, and sorcery plaguing a neighboring estate reach his ears, nothing will make him shirk duty to king and country when people's lives stand at risk. He assumes the guise of a squire to scout the land, its problems, and its lady.

Lady Kendra of Edgarburh has been granted what no woman wants: a forced marriage to an enemy who may be kith or kin to the man who murdered her beloved brother. Compounding her anguish is her failure to awaken the miraculous healing gift bequeathed by their late mother in time to save his life. Although with his dying breath, he made her promise to seek happiness above all, Kendra vows that she shall find neither comfort nor love in the arms of a Norman…unless it snows in July.

Alain is smitten by Lady Kendra from the first moment of their meeting; Kendra feels the forbidden allure of the handsome and courtly Norman "squire." But a growing evil overshadows everyone, invoking dark forces and ensnaring Kendra in a plot to overthrow the king Alain is oath-bound to serve. Kendra and Alain face a battle unlike any other as their honor, their love, their lives, and even their very souls lie in the balance.

Alain’s friendship with Sir Ruaud, his polished manners and speech, fighting skills, and scars—it made less sense than ever that he could be a squire. “Who are you, really?” she whispered.

His back stiffened, and he released her hand to give her a curious look. Finally, he smiled. “A complete fool.”

She arched an eyebrow. “Hardly that, if you possessed the wit to locate me. I mean, you must be a knight. Don’t bother to deny it. There can be no other reasonable explanation.”

He regarded her for a long moment. “Yes. I am a knight.”

“But why the disguise?” She recoiled as an unpleasant thought returned. “Sir Robert didn’t send you to test my virtue, did he?”

“Mon Dieu, no! Never once did that cross his mind.”

She felt her brow wrinkle. “How can you be so certain?”

“I have known Sir Robert my entire life.” His smile turned enigmatic. “He would never resort to such a ploy.”

“But he would send you and Sir Ruaud ahead to look me over, is that it?” Her ire rose on the wings of indignation. “To determine whether I am a worthy match for his lordship?” His smile inverted to dread. “Hah. I am right.”

Denying him a chance to reply, she shot to her feet. Her instinct suggested escaping into the maze, but fear of becoming lost in the mist pushed her toward the tower’s door. The bolt’s heaviness prevented her from locking him out, so she concentrated on making best speed. Pounding footsteps warned her of Alain’s pursuit.

He caught her wrist while she was still on the stairs, but she yanked it free and continued up. On the landing outside the upper chamber, she had to pause for air. He joined her before she could escape.

“Please, my lady,” he said between breaths. “Let me explain.”

“What’s to explain? Sir Robert sent you to scout me out, and you agreed. You Normans are a despicable lot. Every last, stinking one of you! I thought I had met one who wasn’t.” She blinked hard to fight off the welling tears. “I was wrong.”

Kim Headlee lives on a farm in southwestern Virginia with her family, cats, goats, Great Pyrenees goat guards, and assorted wildlife. People and creatures come and go, but the cave and the 250-year-old house ruins—the latter having been occupied as recently as the mid-twentieth century—seem to be sticking around for a while yet. She has been an award-winning novelist since 1999 (Dawnflight, Simon & Schuster) and has been studying the Arthurian Legends and literature for nigh on half a century. 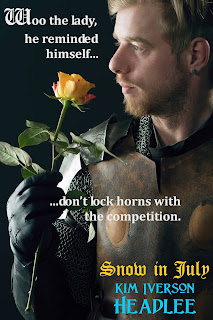