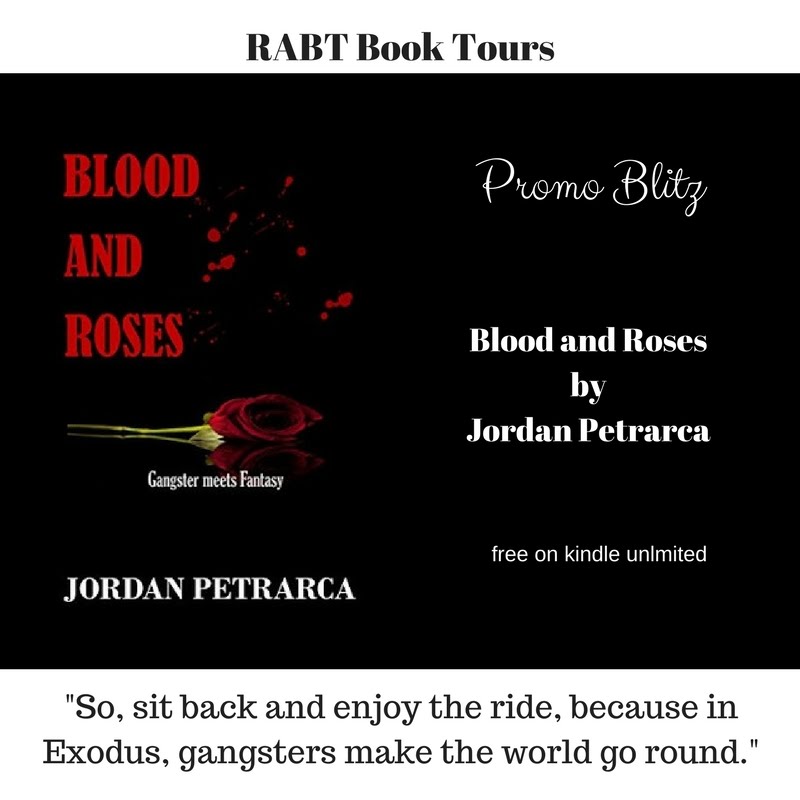 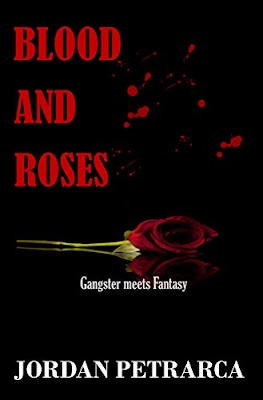 Seven organized crime Families, known as the Seven Blessed Families, rule the World of Exodus and its people with the use of their mysterious magical artifacts, called Relics. Relics give powers to the Blessed members of the Families, and they use those powers for corruption and control of everything in Exodus.

Maretto Rose, the patriarch of the Rose Family, celebrates his 50th birthday by attending a performance at the Grand Theater with three of his four sons. The theater is attacked by the heir of the Cicello Family, Zasso Cicello. His mission is to abduct Maretto, but it fails when Maretto's son, Georgiano, fights Zasso to protect his father and family. Georgiano is ultimately slain and Zasso flees and goes into hiding. Now, the Rose Family must find where Zasso is hiding. They want answers. Who gave him the order for the attack, and what do they want with Maretto Rose? And most of all, they want revenge...But who could it be? A leader of a rival Family? Or someone or something else more powerful than they could imagine?

Meanwhile, Maretto's youngest son, Ric, must battle his demons and addictions in order to become a Blessed member of the Family and become the man he was destined to be, before he ends up being another dead junky on the street.

So, sit back and enjoy the ride, because in Exodus, gangsters make the world go round.

Praise for Blood and Roses:

"When I first started reading I thought this was going to be a typical gangster story, and in a lot of ways it was. However, the addition of magical relics, giving the family members magical powers, gives a wonderful twist to the story. The use of modern day technology, including flying cars, adds even more to the unexpected quality of the story. I especially love the scenes where they use magic for a variety of attacks and defences.

The plot, which at first, seemed to be very straight forward, was twisted out of shape by the inclusion of not just one, but several different players. This kept me guessing to the very end of the story about what was happening. Even at the end there are questions left unanswered, leading nicely to the next novel in the series, which I'm dying to read." -Emie Cuevas, OnlineBookClub.com 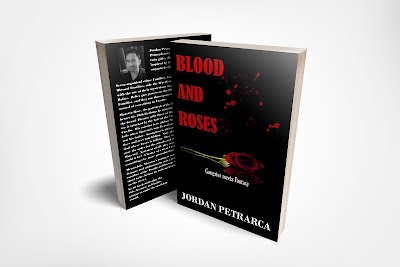 So far, it had been the perfect birthday for Don Maretto Rose.  Well, maybe not perfect.  His youngest son was not present for the celebration, and it hurt the powerful man very much on the inside.  But it was still as close as it was going to get to being perfect.

But sometimes, when you least expect it, the unexpected happens...And everything goes to hell.

Outside the Grand Theater, two black extended SUVs came flying from around a nearby skyscraper and hovered towards the ground.  They landed on the street directly in front of the red-carpeted entranceway.  As soon as they were grounded, the doors on each SUV flew open, and gangsters came pouring out like water from a spout.  One of the Rose Family guards and two theater security went into immediate action to stop the unwanted guests from entering the theater.  An array of other guards and security lined the stairs and main entrance.

Now, a lot of the gangsters spilling out of the cars looked pretty much the same, dressed in regular black suits and fedoras, but there were two in particular that were dressed a little nicer and a little weirder.  They both took their good ole time striding towards the main guard as the other gangsters filed behind them.  The one in front was tall and lanky, wearing a royal blue suit with a matching necktie and white dress shirt.  He bore a blue fedora over his silvery black hair that hung down to his cheeks.  His eyes matched his hair, and his face was thin like his body.  He was draped in gold jewelry around his neck and had gemmed rings on almost every finger.  The pride in his walk signified that he was a man of importance.  And he was.  The man was none other than Zasso Cicello, son of Don Xanose Cicello.

Walking closely behind, was a shorter man dressed in a shiny silver suit and black dress shirt.  His face was round but came to a point at his chin, and he bore a pair of sunglasses that could be mistaken for a couple of round mirrors.  His long and thin hair was shoulder length and was black with a bluish tint.  He, also, had a certain pride to his walk.  And that’s because he was Zasso’s personal protector and assassin, Razo Malvagio.

As Zasso and Razo approached the main guard, he put up a hand to signal them to stop and said, “I’m sorry gentlemen, but this is a private viewing and you need to show credentials to enter the theater.”

In the blink of an eye, Razo came whirling around Zasso, holding a pistol-gripped sawed-off shotgun.  It was pointed directly at the guard, and Razo didn’t hesitate to pull the trigger.  There was a loud burst, and then the guard’s hand exploded clean off his arm, along with half of his face.  His limp body collapsed on the red carpet.  A puddle of blood formed underneath the other half of his face.

“There are my credentials,” Zasso said to the corpse.

The two theater security guards reached for their firearms, but Zasso was too quick for them.  Like a gunslinger, he drew a small pistol from his waist and fired multiple shots.  Blood burst out of their chests, and they perished before they even touched their guns.  Zasso and Razo continued on, with their entourage following behind.

The Rose Family guards and theater security wasted no time opening fire at the oncoming murderers.  They fired numerous times whether it was with a handgun or semiautomatic rifle.  But it was to no success.  Upon the masquerade of bullet-fire, Zasso raised a hand and magically constructed a transparent yellow force field that deflected the bullets.  Then, all hell broke loose.

Zasso’s gangsters came storming around him and returned fire upon the guards and security.  Zasso and Razo went on the offensive as well with their short-arm weapons.  Blood started spilling, and bodies were falling everywhere.  When Zasso reached the bottom of the stairs, he extended his left hand and bolts of electricity spewed from his fingertips in the direction of his targets.  And at the same time, he kept on firing shots out of his pistol with his right hand.  His targets were electrocuted and blown away by bullets at the same time.  Zasso was Blessedwith magical powers by his Family’s Relic, which made him a very dangerous killer.

While a few of his men were taken down, Zasso and Razo came away from the chaotic scene unscathed.  The Rose Family guards and theater security were all dead.  It was now time for them to enter the premises of the theater and accomplish what they came here to do. 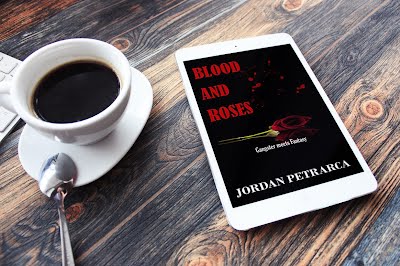 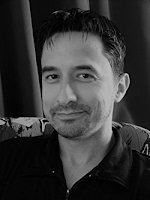 Jordan Petrarca lives in Erie, Pennsylvania with his wife and twin girls. "Blood and Roses" was inspired by his love for fantasy and organized crime stories.