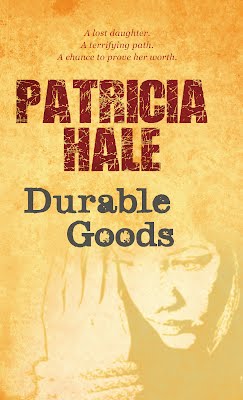 Detective John Stark approaches the PI team of Griff Cole and Britt Callahan with a postcard he’s sure is from his estranged daughter, Kira. She’s been listed as a runaway for three years by Portland, Maine police, but John isn’t convinced that her continued absence is by choice. As Stark’s long-time friends, Cole and Callahan agree to look into the postcard marked only with the letters O.K.

The postmark leads them to Oracles of the Kingdom, a farm where women sell fresh produce in return for a fresh start with God. But nothing seems right about the town or the farm and Britt goes undercover to look for Kira. Once inside, she realizes Oracles of the Kingdom is not the refuge it appears. And when she's trafficked over the Canadian border she’s on her own, over her head and losing clarity between hero and victim. 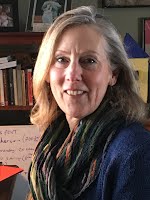 Patricia Hale received her MFA degree from Goddard College. Her essays have appeared in literary magazines and the anthology, My Heart’s First Steps. Her debut novel, In the Shadow of Revenge, was published in 2013. The Church of the Holy Child (9/17) is the first book in her PI series featuring the team of Griff Cole and Britt Callahan. The second book, Durable Goods, will be released April 15, 2018. Patricia is a member of Sisters in Crime, Mystery Writers of America, NH Writers Project and Maine Writers and Publishers Alliance. She lives in New Hampshire with her husband and two dogs.