Check out my stop on The Circle: Taken blog tour! 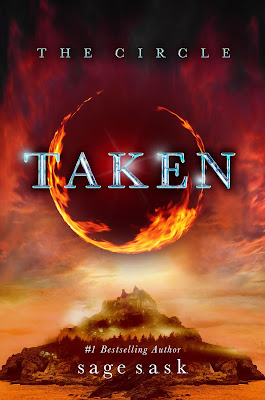 Abandoned at eleven with no memory of her family, Alexia yearns to learn her true identity. She embarks on a dangerous quest for the truth of her past. In the resulting battle between life and death, Alexia learns that sacrifice and revealing the gift she fought to keep hidden may be her only chance for survival.

A secret unearthed, a shocking betrayal, and a moment when lives hang in the balance leaves Alexia with only one choice. Will the decision determine her destiny or end her life?


About the Author
Sage Sask is a team consisting of a Washington Post, USA Today and Amazon charts bestselling author and a group of young adult writers.