I write because I have to.

What's one piece of advice I want to give to writers just starting out?
I have a million bits of advice to give new writers, but it all boils down to a few important things: Be true to yourself in your writing. Never write for others—write for yourself.

Never compromise what you think is a good piece of work because others say it’s not saleable.
Never, ever, ever give up. Rome wasn’t built in a day and neither is a portfolio of writing. Be in it for the long haul even if, at the end of the day, your mother is the only person who ever reads your stuff.

When you are old and gray, you want a shelf in your house filled with your writing so you can say, “I did that. I was here and I created all of that.”

You won’t have that if you quit.

Why do I write exclusively about New England?
I like writing about this part of the world. There are so many interesting and mysterious things that go on here that it’s a goldmine of opportunity for someone who writes in my genre. Of course, I change the names of people and places to protect the innocent.

What are my characters generally like?
When I write I am very inclusive. I use straight characters, LBGTQ characters, and those of all races and ethnicities. Our world is very diverse. I feel the people who populate my fiction should be, too. I also mostly use kids and teens as protagonists. They tend to handle horror in interesting and unique ways, whereas adult characters are often more rigid.

Why horror?
I blame my mother. When I was in grade school, she would bring home Stephen King, Dean Koontz, Peter Straub and more from the library. While my friends were reading Dick and Jane, I was reading about Danny Torrance from THE SHINING with his creepy finger, Tony.

What horror stories scare me the most?
I think LORD OF THE FLIES is the freakiest thing I've ever read. It scared me as a child and it still scares me, especially because of what happened to Piggy. Of course, JAWS scarred me for life so I can never put my big toe in the ocean again. Also, I grew up during the time when the real Amityville Horror took place, so when the book and the movie came out they just plain freaked me out. There is something about a little girl who talks to an invisible, demonic pig that gives me the chills.

What about movies?
The original ALIEN with Sigourney Weaver gave me nightmares for weeks, mostly because watching it back when I was a kid was like being on a rollercoaster that wouldn’t stop. The adrenaline in that movie is crazy.

These days, I’ve watched enough horror that I can almost tell what’s going to happen next by the camera angles. Still, I’m an avid WALKING DEAD fan, as well as AMERICAN HORROR STORY. Of course, I love BUFFY THE VAMPIRE SLAYER, too. I still like giggles with my scares

When I write do I ever scare myself?
Absolutely! I only write during the day, and I can’t write in my basement or with my back to a door. You never know what’s going to sneak up behind you.

What is the one thing you wish everyone knew about you?
This question made me laugh. I know I’m considered a horror author, but that’s only my daytime persona. I don’t live in a scary mansion or own a black cat. I don’t pray to the horned-footed god or lick toads when no one is looking.

Sure, I wear black a lot, but that’s only because black is slimming and trendy and I can use all the help I can get.

In short, I’m not creepy.

Okay, my writing fingers are creepy. That’s all. 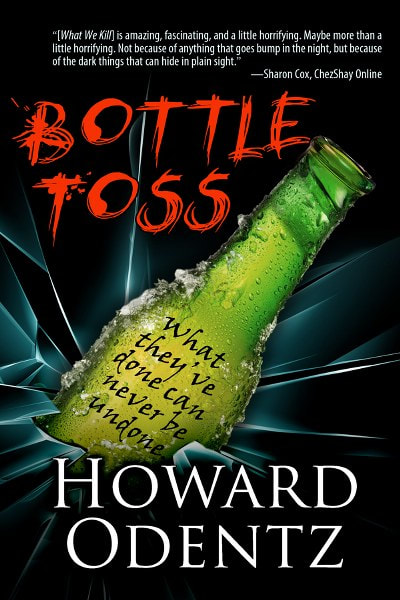 A beer bottle thrown carelessly at the windshield of a passing car sends the vehicle careening off the road, and the lives of high school seniors Denny Ford, his foster sister Jen McKnatt, and her sometimes boyfriend Brody Erwin, spinning out of control.

Over the next several days as the three experience increasingly bizarre, frightening, and seemingly unrelated events, they are forced to examine the ramifications of their actions and how their lives have been irrevocably altered.

What they've done can never be undone.

After all, it only takes one bottle toss to turn their world cockeyed forever.

“A simmering psychological thriller bolstered by a dynamic narrative voice and a few unexpected twists.” —Kirkus Reviews on What We Kill

“This author has a real knack for the weird and the wonderful.” —TheMostSublime.com 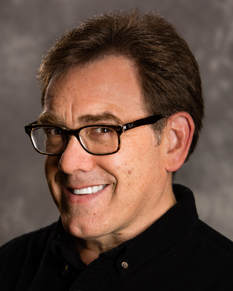 Author and playwright Howard Odentz is a lifelong resident of the gray area between Western Massachusetts and North Central Connecticut. His love of the region is evident in his writing as he often incorporates the foothills of the Berkshires and the small towns of the Bay and Nutmeg states into his work.

In addition to The Dead (A Lot) Series, he has written the horror novel Bloody Bloody Apple, the short story collection Little Killers A to Z, and a couple of horror-themed, musical comedies produced for the stage.
Website * Facebook * Facebook Author Page * Twitter * Instagram * Bookbub * Amazon * Goodreads