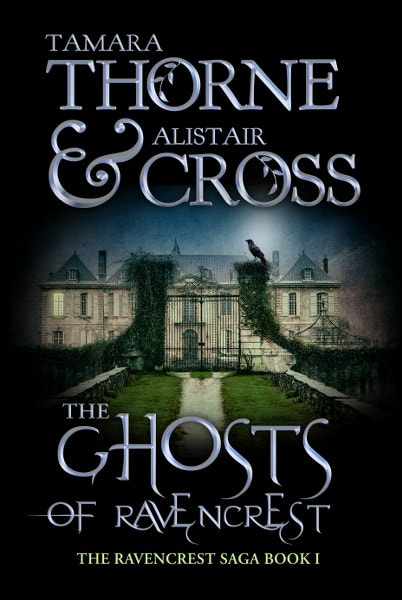 Darkness Never Dies ...
Ravencrest Manor has always been part of the family. The ancestral home of the Mannings, Ravencrest’s walls have been witness to generations of unimaginable scandal, horror, and depravity. Imported stone by stone from England to northern California in the early 1800s, the manor now houses widower Eric Manning, his children, and his staff. Ravencrest stands alone, holding its memories and ghosts close to its dark heart, casting long, black shadows across its grand lawns, through the surrounding forests, and over the picturesque town of Devilswood, below.

Dare to Cross the Threshold ...
Ravencrest Manor is the most beautiful thing new governess, Belinda Moorland, has ever seen, but as she learns more about its tangled past of romance and terror, she realizes that beauty has a dark side. Ravencrest is built on secrets, and its inhabitants seem to be keeping plenty of their own - from the handsome English butler, Grant Phister, to the power-mad administrator, Mrs. Heller, to Eric Manning himself, who watches her with dark, fathomless eyes. But Belinda soon realizes that the living who dwell in Ravencrest have nothing on the other inhabitants - the ones who walk the darkened halls by night … the ones who enter her dreams … the ones who are watching … and waiting …

Welcome to Ravencrest ...
Who is the man digging in the garden beyond Belinda’s bedroom window? Who - or what - is watching her from the vents? From ghostly screams and the clutching bony fingers of death in the indoor pool, to the trio of gliding nuns in the east wing who come at Belinda with black blazing eyes, to the beckoning little girl in the red dress who died more than two centuries ago, Belinda is thrust into a world of waking nightmares where there is no distinction between the living and the dead, and there are no limits to the horrors that await. Witchcraft is afoot at Ravencrest and as unspeakable terrors begin to unfold, Belinda realizes that her beautiful new home is a keeper of tragedy, a collector of souls. And it wants to add her to its collection …
**On Sale for only $2.99 July 6-13!!**
Goodreads * Amazon 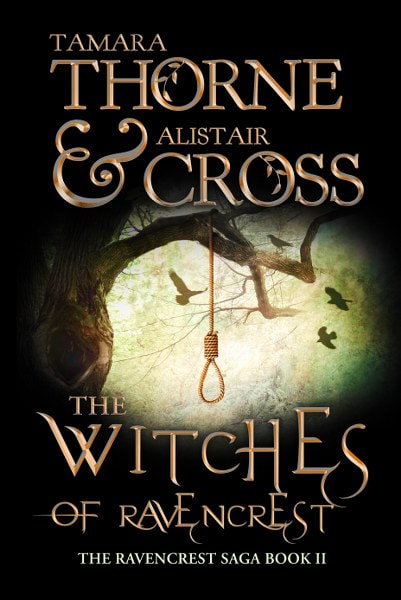 The Witches of Ravencrest
The Ravencrest Saga Book 2

The Witches of Ravencrest

Dark and Unnatural Powers
In a remote part of California just above the coastal town of Devilswood, Ravencrest Manor, imported stone-by-stone from England more than two centuries ago, looms tall and terrifying, gathering its dark and unnatural powers, and drawing those it wants as its own.

Murder Lurks in the Shadows
Governess Belinda Moorland has settled into life at Ravencrest and, as summer gives way to autumn, romance is in the air. She and multi-millionaire Eric Manning are falling in love … but powerful forces will stop at nothing to keep them apart. And as the annual Harvest Ball is set to begin, evil abounds at Ravencrest. Murder lurks in the shadows, evil spirits freely roam the halls, a phantom baby cries, signaling a death in the mansion, and in the notoriously haunted east wing, three blood-soaked nuns, Sisters Faith, Hope, and Charity, tend to the demented needs of a maid gone mad.

Vengeful Spirits
Ravencrest has come to life. In the gardens below, granite statues dance by moonlight, and a scarecrow goes on a killing rampage, collecting a gruesome assortment of body parts from unwilling donors … But Belinda’s greatest danger is the vengeful spirit of Rebecca Dane. Once the mistress of Ravencrest, Rebecca Dane has a centuries-old ax to grind with the powerful witch, Cordelia Heller - and Belinda becomes her weapon of choice.
**On Sale for only $1.99 July 13-19!!**
Goodreads * Amazon 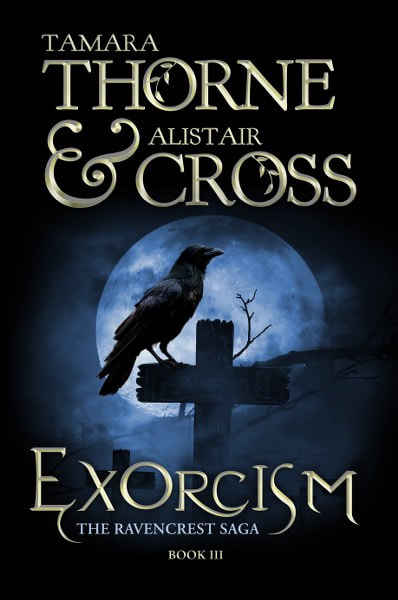 The Devil Comes to Ravencrest

The Jazz Age
In the 1920s, Henry Manning ruled Ravencrest with an iron fist. He held debauched parties that would have inspired Jay Gatsby himself. From the Manning fortune to a beautiful wife, the silent film star known as the White Violet, Henry had it all … including a loyal cult that worshipped the demon Forneus.

Deal with the Devil
Violet lost her life putting a stop to the demented perversions that Henry and his demonic familiar visited upon Ravencrest …  but now that evil has returned.

The Soulless Child
In the night, an innocent maid is seduced by a demon lover. A child is born, but it is not of this earth. Father Antonio DeVargas is summoned as ghostly parties light up the old poolhouse and phantom screams rip open the night. Meanwhile, the White Violet wanders the halls of Ravencrest warning the inhabitants of death and disaster to come.

And the current master of Ravencrest, Eric Manning, is decidedly not himself.

Midnight. The witching hour. Watery echoes in an empty building. The grand Greek Pool at Ravencrest Manor babbles and gurgles as chlorine-scented water flows like cool blood in veins and arteries. The moon, full and high above the arched glass ceiling, shines its light into the cobalt pool, casting splintered rays across the water.

A spring and thunk from the tall diving board, then somehow, water explodes into the air. The sound ebbs and flows with movement.

But if no human ear is present to hear it, no eye to see it, can these things be real? Or are they merely tricks of light and sound, magic courtesy of Mother Nature?

Soft golden lamps flicker to life. And then, music, faint but unmistakable, rises and echoes. Eddie Cantor. If You Knew Susie Like I Know Susie.

Laughter. The sounds of a party, of voices, of champagne glasses clinking.

Then something white and serpentine slithers and stirs beneath the water like glistening cold silk, there and gone again in an instant. 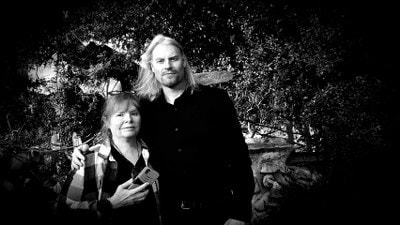 Tamara Thorne's first novel was published in 1991, and since then she has written many more, including international bestsellers Haunted, Bad Things, Moonfall, Eternity and The Sorority. A lifelong lover of ghost stories, she is currently working on several collaborations with Alistair Cross as well as an upcoming solo novel. Learn more about her at: http://tamarathorne.com

Alistair Cross grew up on horror novels and scary movies, and by the age of eight, began writing his own stories. First published in 2012, he has since co-authored The Cliffhouse Haunting and Mother with Tamara Thorne and is working on several other projects. His debut solo novel, The Crimson Corset, was an Amazon bestseller. The Black Wasp, book 3 in The Vampires of Crimson Cove series will be out later this year. Find out more about him at: http://alistaircross.com

In collaboration, Thorne and Cross are currently writing several novels, including the next volume in the continuing gothic series, The Ravencrest Saga. Their first novel, The Cliffhouse Haunting, was an immediate bestseller. Together, they also host the horror-themed radio show Thorne & Cross: Haunted Nights LIVE! which has featured such guests as Anne Rice of The Vampire Chronicles, Charlaine Harris of the Southern Vampire Mysteries and basis of the HBO series True Blood, Jeff Lindsay, author of the Dexter novels, Jay Bonansinga of The Walking Dead series, Laurell K. Hamilton of the Anita Blake novels, Peter Atkins, screenwriter of Hellraiser 2, 3, and 4, worldwide bestseller V.C. Andrews, Kim Harrison of the Hollows series, and New York Times best sellers Preston & Child, Christopher Rice, and Christopher Moore.

Follow the tour HERE for special content and a giveaway!
$20 Amazon giftcard – 1 winner ,
ebook set of the Ravencrest Saga – 2 winners