I grew up in a vast agricultural region and began writing punny science fiction stories with green aliens in them around age seven. Some childhood faves were the Nancy Drew mysteries, C.S. Lewis’s Space Trilogy, and L’Engle’s Time Trilogy, though I read pretty much everything I could get my hands on, and I made up songs and stories whenever my nose wasn’t stuck in a book. In my twenties, I wrote mostly speculative fiction that explored gender roles and women’s lives--stuff I thought nobody would publish because I had read so few speculative stories with women as the main characters, so I shied away from submitting my work to publishers. I wrote songs too, which I recorded and performed all over--probably in a coffeehouse or at a festival near you!

The first major milestone in my writing career occurred almost 15 years ago, when a friend convinced me to enter the Writers of the Future international speculative fiction contest for emerging writers. My novelette, The Assignment of Runner ETI, won Third Place. That recognition boosted my confidence enough that I then sent out my first novella, The Last Letter, to Aqueduct Press. They published it, and with two pro sales under my belt, there was no stopping me! I set out to write a novel--and another novella--both of which got published in the past year. The novel, Transformation Junkies, is a speculative, feminist adventure tale of two women on a quest for satisfaction in their lives. The story also features a loser vampire, ancient gods, precocious herding dogs, a touch of romance, and humour.

The novella, Lift-Off, is an inspiring and heart-warming pre-space adventure novel with a bit of romance. It’s a fun ride--a lot like a rom-com--but in book form, and it is set in the near future, so there are some quirky, futuristic surprises for the reader. Also, the story is set in the three days leading up to New Year’s Eve, so it’s a great winter holiday read, too.

Like most artists, I’ve had a lot of day jobs over the years--teaching high school, at-risk teens, and ESL, editing for magazines, editing audio for film and television, waitressing, and doing admin in countless offices. Unfortunately, I was exposed to chemicals at one such office almost ten years ago, and my life changed drastically. I got chemical sensitivities and M.E., which--nutshell--means I have severe chronic pain, cognitive issues, and energy limitations. In a matter of weeks I went from being able to hike, workout, run long distance, sing and perform, to being bed-ridden for months. So, that was a sea change, to say the least, and it has taken me several years to learn to manage symptoms and adapt to a very different life with M.E.

These days, I live a rather isolated hermit-like existence due to my health issues, and I write very little now and very slowly, but I still love writing and do it whenever I can. People still dig my stories, too, and I’m really grateful about that.

What else can I tell you? I love to laugh, I live in British Columbia, and I serve a Feline in perpetuity. Thanks for joining me here--nice to meet you! 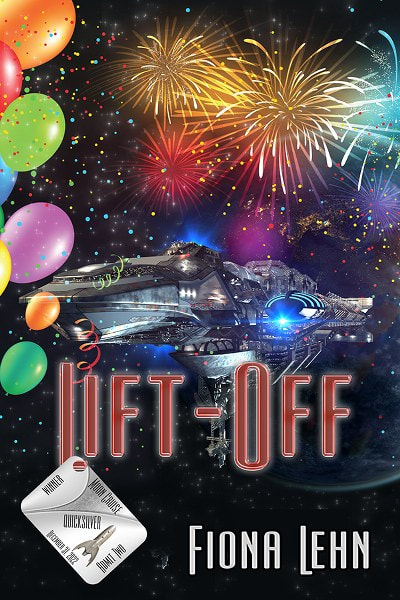 The world’s first tourist space cruise launches from the International Spaceport in White Rock, British Columbia, on New Year’s Eve. One hundred free cruise tickets are hidden all over North America. You have three days left to find one. Would you...
Break and enter? Risk a billion-dollar inheritance? Betray the love of your life?
It’s a random universe. While millions around the globe celebrate the Quicksilver spaceliner’s impending launch, a handful of our heroes struggle to achieve their stellar dreams.
One of them is a methane heiress desperate for a free ticket. Another is a newscaster digging for a killer scoop. And another is a veteran astronaut who’s never been in space.
There are more. Tween twins attempt a secret mission, a star is almost born, and everyone is trying to get to the launch before the Quicksilver—you know—launches.
A lot can happen in a random universe. Do-gooders become saboteurs, cowards muster courage, and loners find love. Who will crash and who will soar? The clock is counting down to one moment that will change everything: Lift-Off! 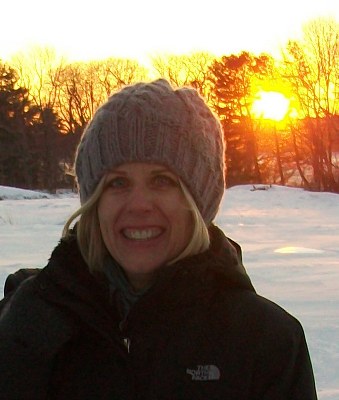 Little is known about reclusive writer Fiona Lehn, but legends abound. Some claim she emerged from her mother’s womb singing “We Are the Champions,” a half-written story clenched in her angry fists. Many believe she is serving life without parole for leading an Ottawa sit-in demanding that cloudberries be made one of the four food groups. Others tell that Lehn daily frolics with Sasquatch in glacier-fed slipstreams. Still more assert that Lehn will only answer to “Hermit FiFi” and wields a bedazzled staff like a weapon, fending off house-size mosquitoes and meteorites with a single blow.
All we really know is this: Lehn lives in Canada, has ME/CFS, and lovingly serves a Feline in perpetuity. Her songs have earned the praise of Billboard magazine, and she is a Writers of the Future winner.
Facebook * Amazon * Goodreads