**Special Christmas Offer!!**
Buy a paperback for a gift and the author will gift an e-book of your choice (with proof of purchase)
*applicable only to Lorelei Confer's books

Believe it or not, the hardest part of writing to me is coming up with the characters. I’m a pantser. My books are character-driven. I may have the spark of inspiration that gives them a nudge, but they take over the story. I’m usually halfway through the book before I get a feel for who the character really is and if she sounds like an “Amy.” The characters in my first book were Bill, Joe, and Mary. Until much later and I got to know them better.

I write a lot during the night. Where did you come up with the names in the story? If I wake up tossing and turning it’s because I thought of the next scene or their name comes to me. Sometimes I don’t even get to sleep. Then at 6AM, I’m ready for a nap. Later, when I read what I’d written during the early morning hours, I can’t believe I actually said that big word or used it in a sentence. I’m totally absorbed and in the book as a character.

It depends on a number of things. If you need to stop and research along the way, or if you did it prior. If your subject matter is right for you. I may have a spark of an idea but be lead somewhere else entirely. An example would be Secrets and Deceptions, my favorite in the Saddle Creek series. It ended up a military And we all use some of our real-life experiences in a book, it’s just natural “spill-over.” 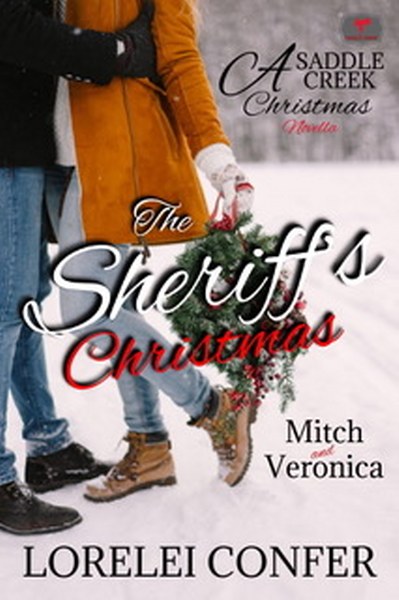 Five days before Christmas, an old flame of the Sheriff’s returns to Saddle Creek, Wyoming to convince him to run away with her and take all his wife’s money with them. She disappears quickly and, in her haste, leaves something behind.
While searching for Christmas decorations in the attic of the Travis B&B, the owner, Deputy Ronnie Travis Rogers finds a hidden trunk that belonged to her late Aunt Sally. What she finds inside is a mystery that could change the entire dynamics of her family. Will she pursue it? Or keep it a secret?
After years of working on Christmas Eve, the Sheriff is finally able to attend the annual Christmas Eve celebration with his three best friends who he considers them his brothers (from another mother) and their growing families at Rosie’s Diner. Mitch and Ronnie return to their home with the promise of love, joy and happiness; the true meaning of Christmas.
**Only .99 cents!!**
Add to Goodreads
Amazon * B&N * Kobo 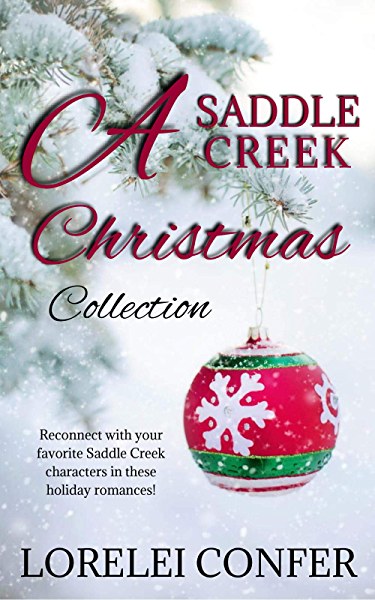 Four close and loyal friends since childhood, now grown men, make plans to celebrate Christmas but are threatened with unforeseen perils that strike close to home.
Cold snow and freezing temperatures came early in Saddle Creek, Wyoming, a small town outside Jackson Hole in the shadows of the Grand Tetons mountains but wreak havoc on all their lives. Through trials and tribulations of unexpected visitors, family members, and ghosts from the past, as well as, triumphs and joys, this year would be special in so many ways, because they each find the true meaning of Christmas.
A Family Christmas
Rustlers and Romance
Chase is forced into protective mode, when a ghost from Lauren's past threatens to destroy, not only their Christmas, but their lives.
Christmas Decisions
An Uptown Girl and a Cowboy
Samantha (Sam) and Elliott's suffer growing pains are put to the test when Sam's newly divorced sister arrives unexpectantly five days before Christmas to lean on her baby sister.
Christmas Surprises
Secrets and Deceptions
Avri and Dillon's Christmas may be ruined when Dillon has one last dangerous mission, but does he return in time for Christmas? And can Avri, once again, forgive him?
**Only .99 cents!!**
Add to Goodreads
Amazon * B&N * Kobo * Smashwords 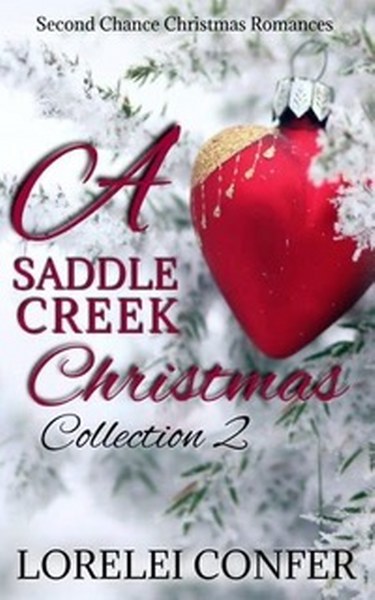 Book 1.) A New Diner for Christmas
Susan Malloy is a widow left alone returns to Jackson Hole, WY in hopes of saving her diner burdened in debt. John Williams is a widower, in an attempt to mend his broken heart after the death of wife, relocates to be near family in WY. Is it ever too late for a second chance at love? Can the spirit of Christmas lend a helping hand?
Book 2.) A Christmas Renewal
Carter and Janelle experienced love at first sight but as the newness wears off and the seasons roll by, will their divergent plans for the future divide or unite them?
Book 3.) A Christmas Celebration
Deputy Sheriff, Tom Miles, loses the love of his life when Edie Benner is convicted as a horse thief. Now, with many lifetimes between them and a chance encounter he wants a second chance with her. It’s Christmas, can he win her love this time?
**Only .99 cents!!**
Add to Goodreads
Amazon * B&N * Kobo
**Check out Lorelei's other series – a lot of them are only .99 cents! ** 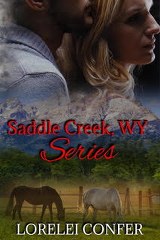 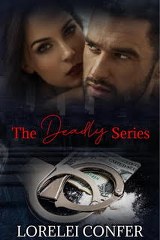 Amazon bestselling author of romantic suspense, Lorelei Confer, has been writing since the fourth grade. She lives on the Gulf Coast of Florida with her husband and AJ, a longhaired Chihuahua, who are both her constant companions.
In 2010, her first novel, Deadly Deception was published, the first in the Deadly series. Another series, Saddle Creek, began with the first release, Rustlers and Romance in 2016. This series is set in the shadows of the Grand Teton mountains in Jackson Hole, Wyoming.
Mentoring children years ago led to helping aspiring authors set goals, and generally, meet their objective to finish the book. She practices her own discipline every day.
After six years as a copy editor and two years as an editor at The Wild Rose Press, she ventured out on her own as an indie author.
Sign up for her newsletter at https://www.loreleiconfer.com/subscribe to receive exclusive excerpts and bonus material, receive alerts when books are released, and take part in great giveaways.
Website * Facebook * Twitter * Instagram * Bookbub * Amazon * Goodreads