1.   Can you, for those who don't know you already, tell something about yourself and how you became an author? Hello everyone. I’m Celeste Granger, USA Today Bestselling Author of Black Contemporary Romance. I’ve been writing professional for the past two years. Unlike some authors, I didn’t know I wanted to be an author since I was a child. I knew I always enjoyed writing, and written expression. I understood the power and potency of words, but I didn’t know I wanted to be the one authoring them. I have written a lot, as a means of personal expression for a while, but it wasn’t until a very good friend of mine read some things I wrote and encouraged me to pursue it and consider writing professionally. I considered it, studied the self-publishing journey, and decided two years ago that I would give it a chance. I’ve been writing ever since.

2.   What are you passionate about these days? My peace. This last year has been a tumultuous time for so many people with Covid quarantine, civil unrest, and the ramifications of those things combined with economic hardship for so many. My peace has become critical. Sometimes I have to unplug from information overload and retreat into my own headspace where my characters live and be a part of the fictional world for a while. It’s much more peaceful there.

4.   Do you have any “side stories” about the characters? There are two additional stories that accompany the Ali Brother’s series. Even Me, focuses on a character from Tareef’s story that I felt compelled to write because Jennifer deserved her own story. She deserved a chance at her own happily ever after.

Jennifer Williams faces the hardest battle of her life. She is incarcerated in maximum security prison behind the death of her husband, sentenced to life. She resigns herself to the hand fate has dealt her. Jennifer killed her husband. That fact is indisputable. Yet, some things happen that are completely unexpected. A higher court decides to hear her legal case on a clemency petition. Attorney Tareef Ali fights to protect Jennifer in the courtroom. Prison guard, Quinton Miller enters her life. He’s seen her before, even though she’s never seen him. He’s drawn to her even though she’s behind bars. Quinton fights to love her even though Jennifer feels she doesn’t deserve it. A romance begins to brew that neither can deny. But breaking Jennifer’s barriers isn’t easy when she feels love isn’t within her reach.
This is a standalone novella with a HEA.
Trigger warning: Gratuitous profanity, some violence, detailed sexual encounters. 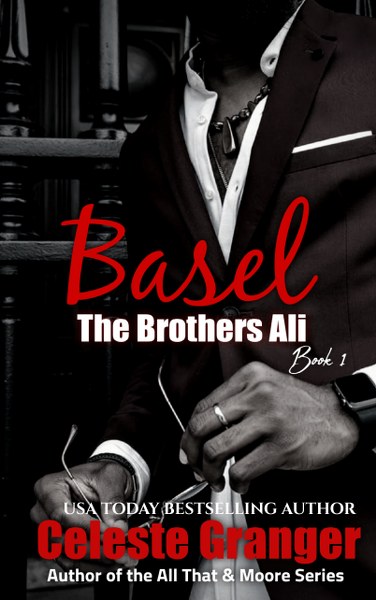 From USA Today Bestselling Author, Celeste Granger.
Singapore brought them together and almost tore them apart.
Textile specialist, Aya Masters, travels the world negotiating in high powered board rooms and bridging the economic divide between the poor and the wealthiest of the wealthy. The only absence in her life is the love of family. Basel Ali, international finance manager for Ali International, crosses the globe seeking out new investments for his family’s millions. Private jets, board rooms and five-star hotels are the accommodations that signify his life. For Basel, honoring his family and the family name are everything.
A chance encounter in Singapore brings Aya into Basel’s orbit. He finds himself lured by her exotic beauty, brilliant mind, and sophisticated allure. Aya notices Basel, too, and finds herself not only intrigued by him but willing to take a risk with the one thing she’d always protected, her heart. The uncanny magnetism between the two shifts the world on its axis and throws Basel and Aya into a whirlwind romance neither could have anticipated.
This book is a standalone and has a happily ever after. This book is interconnected to the Brothers Ali Series.
Goodreads * Amazon 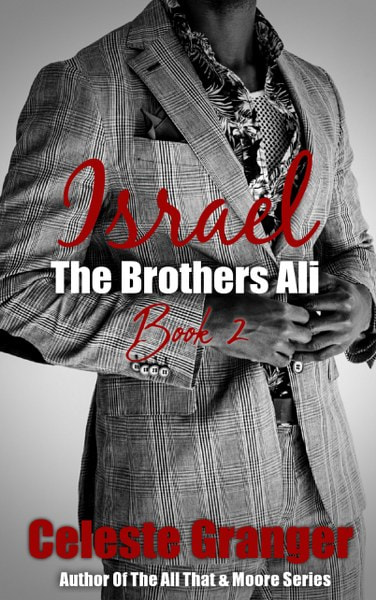 World-renowned archaeologist, Dr. Cairo Davis spends most of her time digging in dirt uncovering secrets, hidden things that remind us of a past long since forgotten. Although famous, Cairo is not one for the glitz and glam that infamy offers. She’s not impressed by private jets and five-star hotels. She likes to keep things simple.
Israel Ali, Director of Acquisitions for Ali International, his family’s business, is two sides to the same coin. He enjoys the perks of being one of the hottest eligible bachelors in the Southwest region, women dying to be on his arm, red carpets, five star everything. Yet, Israel is just as happy on an excursion to unearth buried treasure.
An expected encounter brings the two personalities together on a collision course destined for love. Yet, Cairo has a secret she would much rather keep to herself. Israel is determined to unearth the treasure that lies inside Cairo. She resists his pursuits sending the duo into an emotional entanglement that nearly costs them, real love.
Goodreads * Amazon 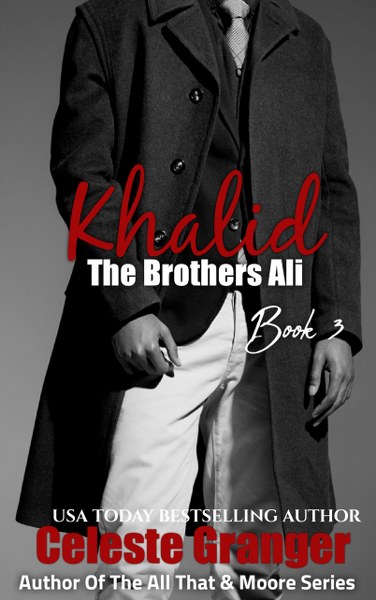 Racquel Alexander, Owner of Charles’ Barber Experience, is consumed with extending her father’s legacy by expanding the Barber Experience into new markets. Losing her father changed Racquel’s worldview, narrowing her focus to only those things that help her father live on and not just in her memory.
Khalid Ali, Director of Investments for Ali International is all about the business of conquering new territories, investing in new ventures, and expanding his family’s legacy. He is persistent, determined, and focused.
A thunderstorm, a flat tire, and a knight in shining armor coming to save her changes the course of Racquel’s existence, but not in a good way. That accidental encounter brings her nemesis, Khalid Ali, into her orbit, rocking Racquel’s foundation and disturbing every preconceived notion she ever had of him. Holding on to old things is easy. Accepting new things is hard. Khalid dares Racquel to accept new things like how his nearness compels her soul to swoon and her heart to thunder in her chest; and how their undeniable magnetism seismically shifts the atmosphere and causes the earth to quake under their feet.
When enemies become lovers, it's tumultuous and passionate and confusing and incredible. When enemies fall in love, it’s unpredictable.
Goodreads * Amazon 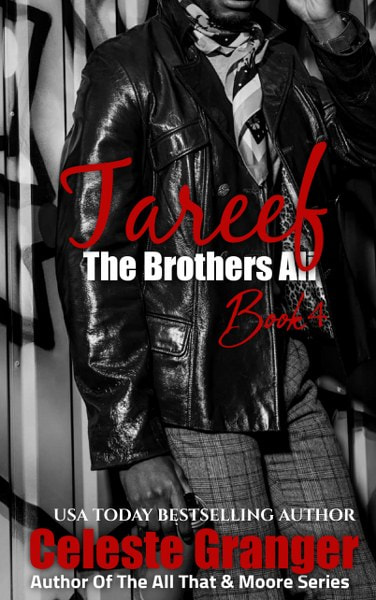 Naomi Singleton is a woman on a mission. As the Public Relations Director for the Barber Experience and starting her own public relations firm, Naomi has her hands full. But there’s something else that consumes Naomi, her desire for a man, Tareef Ali, who doesn’t seem to return her affections.
Tareef’s cold shoulder makes Naomi wonder if finding love is a thing out of her reach, until another man is more than willing to fulfill Naomi’s romantic desires, Attorney Malcolm Bridges.
As Director of Legal Affairs for Ali International, Tareef dispenses the law with expertise and vigor. His billionaire status doesn’t keep him from working for the people. When a wrongful conviction case pits Tareef against his nemesis, in a court battle, he soon finds it’s not the only fight on his hands. It’s the battle for Naomi’s heart.
Goodreads * Amazon 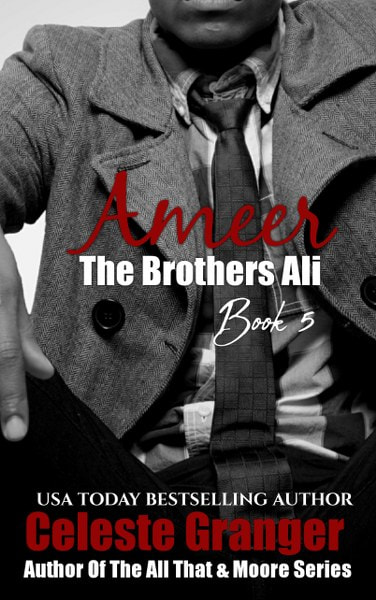 Ameer Ali, Director of Engineering for Ali International, is the youngest of the Ali brothers, and the one who took after his mother, majoring in both mathematics and environmental engineering. Ameer’s academic prowess, business accouterment and undeniable good looks, makes him one of the most eligible bachelors in the southwest. He was single and happily so, until his accidental encounter with Siobhan Greer. Something about Siobhan moved Ameer in a way that piqued his curiosity and drove his intentions.
Siobhan, owner of Move with Me Dance Studio, is a woman with very clear goals and lofty ambitions. Yet hauntings from her past keep Siobhan battling old demons that interfere with living in the present. It’s a battle that has kept her mentally entangled and unable to love past her pain until she meets a man who titillates her imagination and challenges her to dream even bigger dreams.
But it’s not just the two of them. There are other players in the game who can determine whether what Ameer and Siobhan feel for each other is enough.
This is a standalone and ends in a HEA/HFN.
Goodreads * Amazon 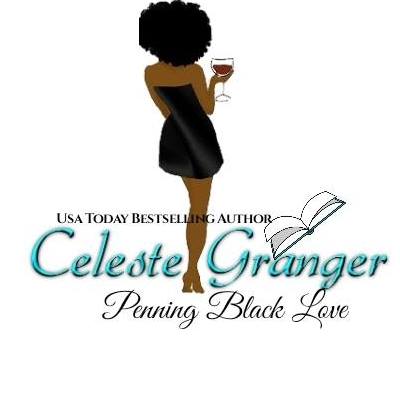 USA Today Bestselling Author and lover of Love. It is a many splendid thing, isn’t it? Yet, it’s not a straight path from one heart to another. Most often, love is a tangled mess that challenges our thoughts, beliefs, and challenges us to prove over and over that we are more than enamored with an individual. Love is a tangled conglomeration of what the mind thinks, what the soul feels, and what the heart knows. And I write about it...
Website * Facebook * Twitter * Instagram * Bookbub * Amazon * Goodreads