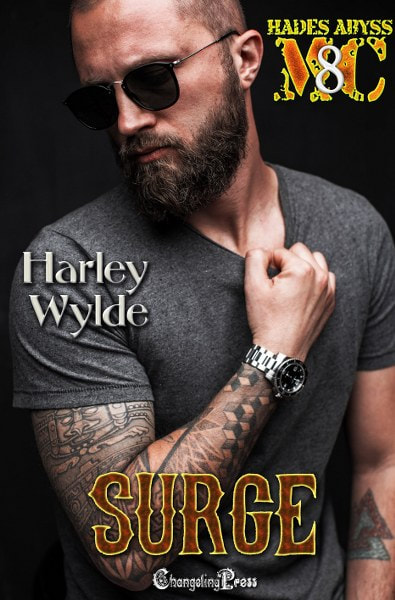 Colette’s a sweet angel in need of saving, and like it or not, I have a hero complex. Marrying her seems like the right thing to do. Then my sometimes lover, Aidan, finds us together. The hurt in his eyes nearly guts me.

My club knows I’m bisexual. I’ve not hidden it from them. That doesn’t mean I’ve flaunted it in their faces either. So when I decided to claim Aidan and Colette, I’m not sure how it’s going to end. All I know is they both need me, and I need them too.

With human traffickers after Colette, a possible traitor in the club, and more chaos than I can handle, I do the only thing I can… I run with my new wife and husband. Once I figure out who wants Colette, I’ll do whatever it takes to destroy them. Until then, I’ll keep her safe, and Aidan too. Because they both mean more to me than I realized.

WARNING: Surge is part of the Hades Abyss MC series and contains bad language, violence, and content some readers may find difficult to read. 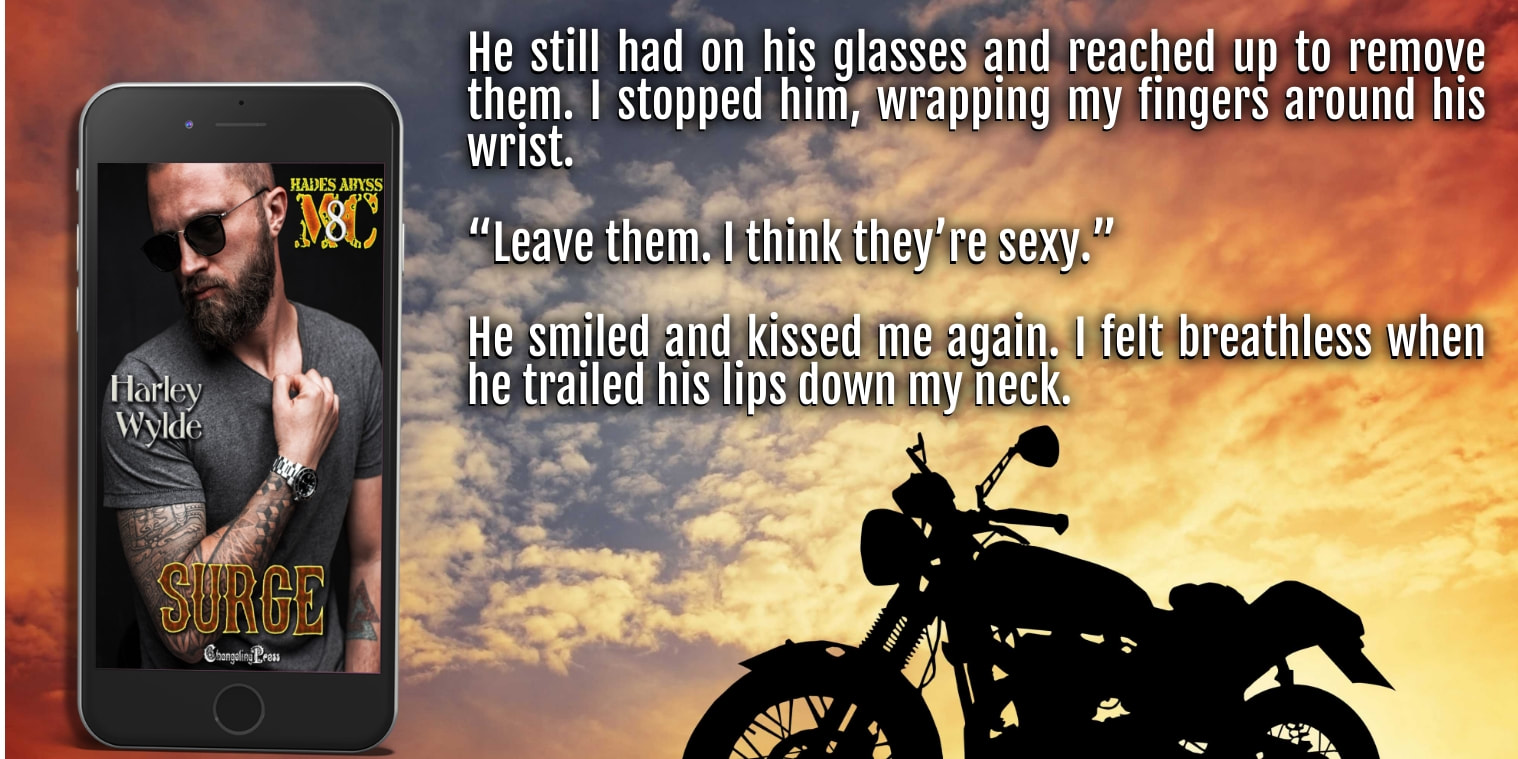 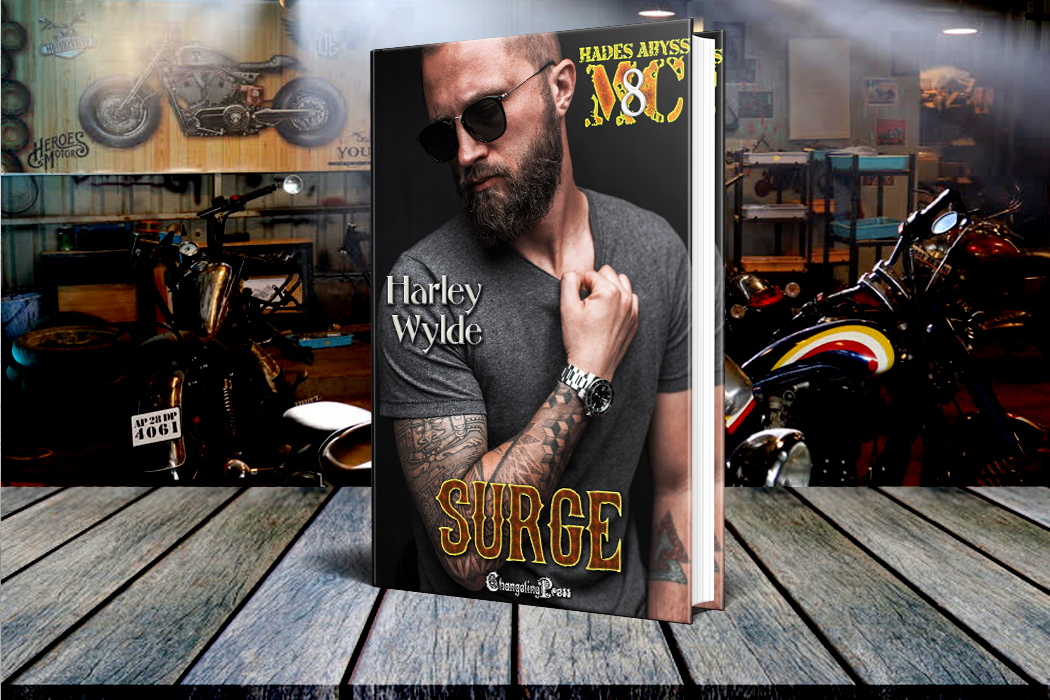 “Don’t ask Colette to leave. S’il vous plat. She needs to be here,” he said.

Colette got off the bed and scrambled into her clothes. Her cheeks turned pink as she glanced at me. She came closer and took Jacques’ hand.

“A man invited us,” he said. “He promised there would be food and drinks. Said we were both welcome. We can leave. We won’t cause trouble.”

“And this little display?” I asked, motioning to the bed. Her cheeks burned brighter, and she dropped her gaze. “Were you hoping to lure someone in and rob them?”

She gasped, and Jacques shook his head. “Non. We would never do such a thing. I only hoped Colette could eat something we didn’t pull from a dumpster. Your party offered us something for now, but…”

If they’d been living on the streets, it would explain the malnourished look. At least for the woman. The man might be thin, but he didn’t look like he’d missed as many meals. Had they only recently come together? Something felt off about the entire thing.

“It still doesn’t explain the rest,” I said.

“Beautiful, isn’t she?” Jacques asked. He put Colette’s hand in mine. “We always pay our way.”

My stomach twisted at the implication. No fucking way. Nope. I wasn’t about to use this pretty woman just because they’d come here to eat something.

“You’re selling her to me for a meal?” I felt her tremble and knew my words had upset her. I hated doing that to her, but I needed to be clear on what was happening. For one, if that’s what this motherfucker meant, I wanted to knock his teeth down his damn throat. 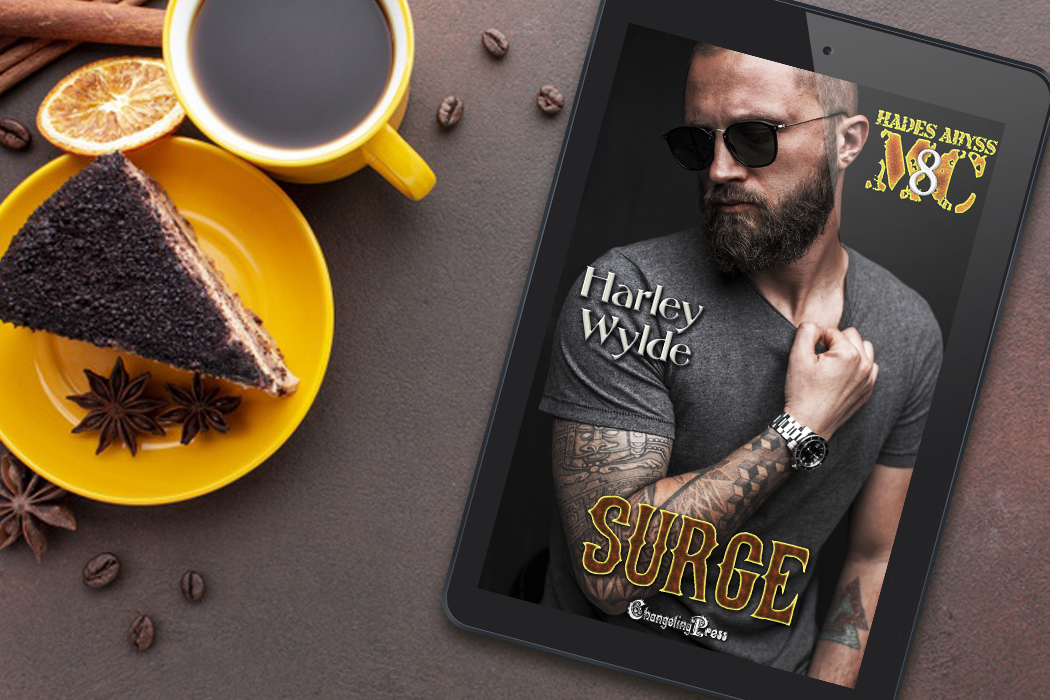 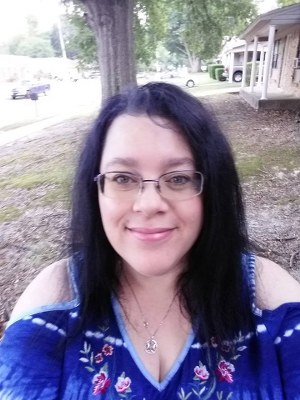 When Harley's writing, her motto is the hotter the better -- off the charts sex, commanding men, and the women who can't deny them. If you want men who talk dirty, are sexy as hell, and take what they want, then you've come to the right place. She doesn't shy away from the dangers and nastiness in the world, bringing those realities to the pages of her books, but always gives her characters a happily-ever-after and makes sure the bad guys get what they deserve.

The times Harley isn't writing, she's thinking up naughty things to do to her husband, drinking copious amounts of Starbucks, and reading. She loves to read and devours a book a day, sometimes more. She's also fond of TV shows and movies from the 1980s, as well as paranormal shows from the 1990s to today, even though she'd much rather be reading or writing.

You can find out more about Harley or enter her monthly giveaway on her website. Be sure to join her newsletter while you're there to learn more about discounts, signing events, and other goodies!