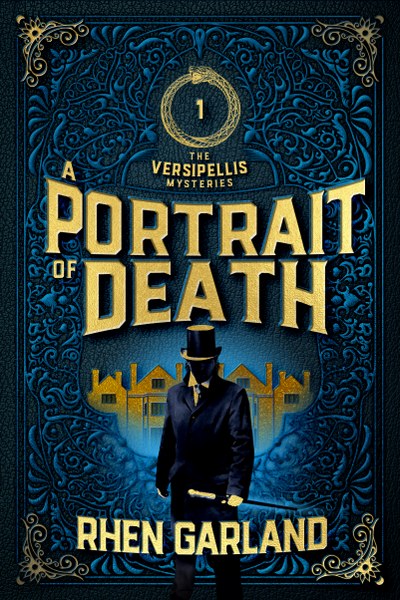 A Portrait of Death

Immortal detectives Elliott Caine and Abernathy Thorne have spent centuries searching through time for the reincarnations of their murdered wives. As their quest continues, they use their many lifetimes of knowledge to solve Gothic mysteries that can be unsettling, and sometimes terrifying.

Never before have they been faced with a case like this.

The great and the good are gathered for the social event of the season, but the evening comes to a horrifying halt when the mutilated remains of two men are discovered artistically displayed in the portrait gallery. As Caine and Thorne begin their investigations, they uncover more than the usual murderous web of intrigue, espionage, and treason.

An ancient evil is stalking ever closer, intent on finding that which they seek.

Where does the mysterious agent Versipellis fit into the case? And who is the shadowy figure watching Caine and Thorne with such interest?

Find out who, when, why, what, and how in this very Victorian murder mystery; the first instalment in a new Gaslamp fantasy series that drips with elements of Gothic mystery, historical urban fantasy, and rather a lot of blood as we follow the exploits of immortal Victorian detectives Elliott Caine and Abernathy Thorne in the latter stages of the Victorian world.

"As soon as you start reading, it gets you hooked, and you just can't put it down."

"Wonderful twists and turns in the storyline kept me wanting to read what happened next."

"A great debut novel from an author with an amazing imagination." - Katylou 1966 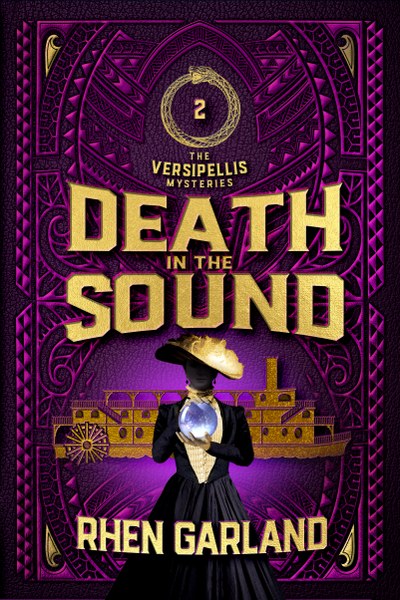 Death In the Sound

Death and diamonds in the green heart of New Zealand.

Responding to a desperate plea from an old friend, Caine, Giselle, and Thorne, accompanied by Veronique the Labrador, travel to New Zealand to investigate a simple case of blackmail that explodes into a far more shocking crime.

A Psychic, a dancer, and illusionists are amongst the honoured guests invited to a weekend party aboard a luxurious paddle steamer moored in the isolated grandeur of Milford Sound, where reclusive millionaire philanthropist Octavius Damant is determined to throw his daughter a twenty-first birthday party to remember.

The celebrations are cancelled, however, when a hideous murder is committed and the engines are sabotaged, trapping everyone on board with a killer willing to stop at nothing to achieve their evil schemes.

As the body count rises, Caine, Giselle, and Thorne must piece together a devilish puzzle involving extortion, desire, the reappearance of the fabulous Larkspur Diamond, and the return of a face from Thorne’s past.

Just when they feel they are beginning to unravel the case, the truth about events centuries earlier threatens to destroy everything they thought they knew about their own past lives.

Find out who, when, why, what, and how in this very Victorian murder mystery; the second instalment in a new Gaslamp fantasy series that drips with elements of Gothic mystery, historical urban fantasy, and rather a lot of blood as we follow the exploits of immortal Victorian detectives Elliott Caine and Abernathy Thorne in the latter stages of the Victorian world.

"An excellent plot with lots of unexpected twists and many multi-layered characters." - Katylou 1966

"Magical, mysterious and memorable." - The Northernreader 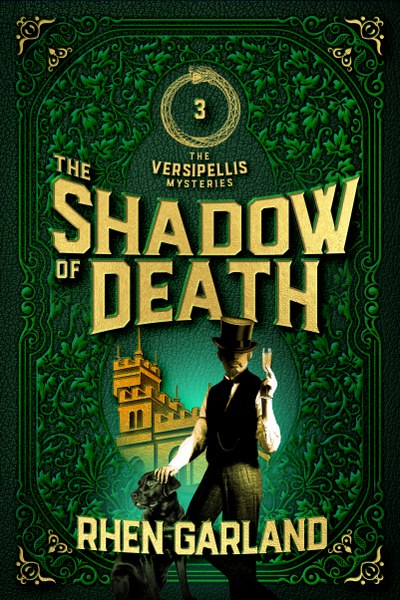 The Shadow of Death

An horrific discovery leads to Caine and Thorne’s darkest investigation yet.

Fifteen years after a series of ritualistic murders drove the families of Cove to send their children away to safety, the survivors are returning to celebrate their first Christmas back on their island home…but the killer has also returned, and they have unpleasant plans for those who fled their reign of terror so many years ago…

When a murder is committed during the Yule archery shoot, Caine, Giselle, Thorne, Aquilleia, and Veronique the Labrador find themselves thrown into a terrifying Gothic mystery that involves sinister cultists, family secrets, hidden passages, and the horrifying reappearance of the abomination Filicidae: a malevolent being who kills for pleasure.

Hope is offered by one of their kind from Astraea, whose gift could be used to defeat the creature once and for all.

But unbeknownst to Caine and his friends, deep in the catacombs of Cove Castle, there dwells a nightmare…

Find out who, when, why, what, and how in this very Victorian murder mystery; the third instalment in a new Gaslamp fantasy series that drips with elements of Gothic mystery, historical urban fantasy, and rather a lot of blood as we follow the exploits of immortal Victorian detectives Elliott Caine and Abernathy Thorne in the latter stages of the Victorian world.

"The third book of the Versipellis mysteries is the darkest of the series so far and the best in my opinion." - Hammerhead

"The emerging details of the "other realm" shows the wonderful imagination of this author. I certainly can't wait for the next book in the series." 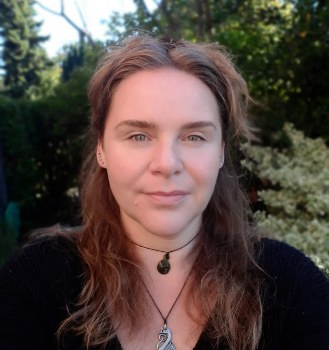 Rhen Garland is the author of The Versipellis mysteries - a series of Gaslamp Fantasies set in the late Victorian, early Edwardian era that follows the adventures of immortal detectives Elliott Caine and Abernathy Thorne as they search through time for the reincarnations of their murdered wives...and solve a few murders along the way.

I live in Somerset, England, with my book illustrating, folk-singing husband, approximately 5000 books, an equal number of ancient movies, and a large collection of passive-aggressive Tomtes. My achievements are more from the school of life, rather than that of College or University. My early years choice of reading material was rather suspect for my age. The first Agatha Christie I ever read was "By the Pricking of my Thumbs" when I was nine years old; a child of that age reading and enjoying a murder mystery about a child killer explains a great deal about the type of novel I write today.

When I was diagnosed with CFS at the age of thirty, I realised that I could either go mad staring at four walls all day, or I could try to apply what little parts of my brain still worked and have a bash at writing a murder mystery set in the 1920's...things didn't quite turn out the way I'd planned!

I thought when I finally started writing that my books would be genteel "cosy" type murder mysteries set in the Golden Era (I love the 1920's and 30's for the style, music, and automobiles), with someone being politely bumped off at the Vicar's tea party and the corpse then apologising for disrupting proceedings. Instead, the late Victorian era came thundering over the horizon armed with some fantastical and macabre plotlines and a complete refusal to accept the word "no"; it planted itself in my stories, my characters, and my life, and would not budge.

I watch far too many old-school murder mystery films, TV series, and 1980s action movies for it to be considered healthy. No one will play movie quizzes with me anymore...further evidence of a misspent youth!

My books are Victorian in era, messy in their murders, creepy in their otherness, and will make you double check the windows are all locked before you go to bed. What's not to like about mysteries with a touch of Grand Guignol?

Find Rhen at the ChillerCon UK - Horror comes to Scarborough! (chillercon-uk.com) this week!